The list train does not stop today, friends. Previous SwitchArcade Special Editions have brought you our favorite fighting games, our favorite 3D platformers, and our favorite JRPGs on the Switch. This time around we’re looking at a genre that has absolutely exploded in popularity over the last five or so years: the Metroidvania. Yes, that genre label is contentious but it’s helpful in as much as you probably know what I mean when I use it. Just in case, a little clarification: a Metroidvania is a non-linear platformer where your character earns new abilities, skills, or items over the course of the game that help them progress past previously insurmountable obstacles. Like a Zelda game, but from the side-view. In no particular order, here are our picks for the best of the bunch. 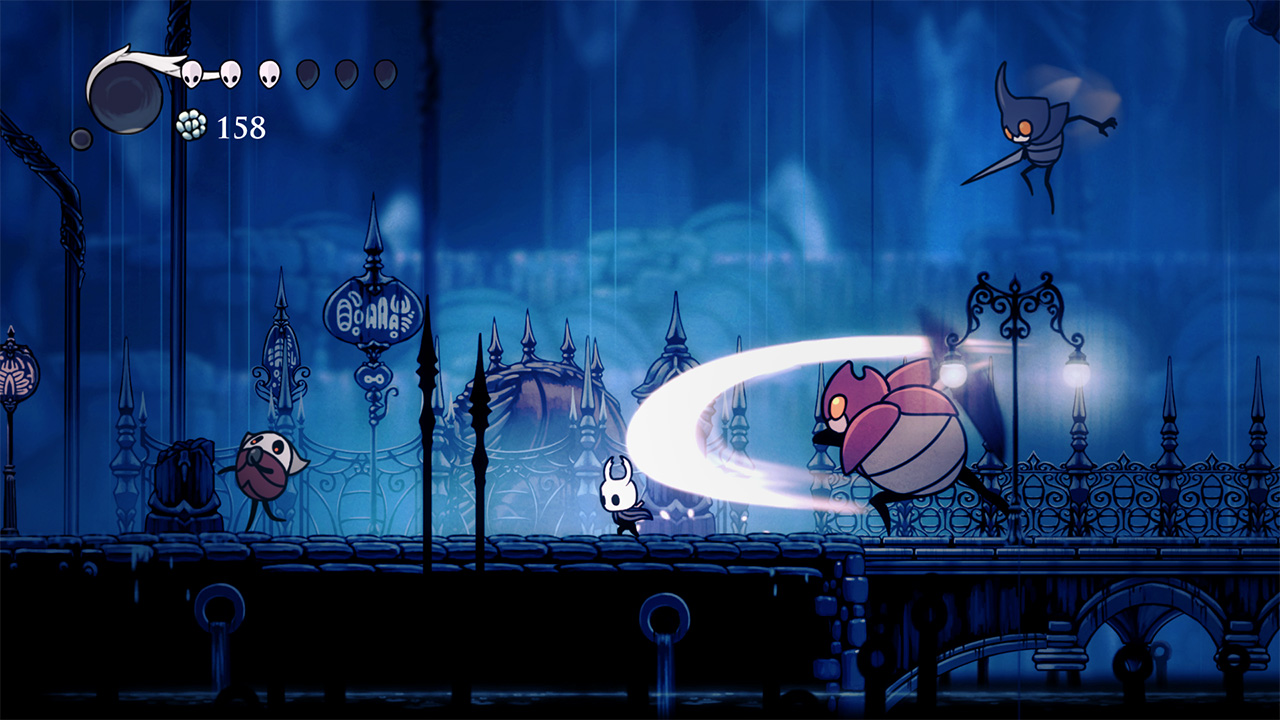 There are some games which had I failed to include on this list would surely have had people howling. Hollow Knight is probably the biggest of that bunch. Many people consider this game to be among the very best in the genre’s entire history, rubbing elbows with the likes of Super Metroid and Castlevania: Symphony of the Night. It’s a massive, sprawling game that takes sensible cues from the Dark Souls games, adding an element of risk and danger that isn’t always present in this genre. The play mechanics are sound, but the game’s biggest strength is in how thoroughly it pulls you into its mysterious world. An incredible triumph by any measure. 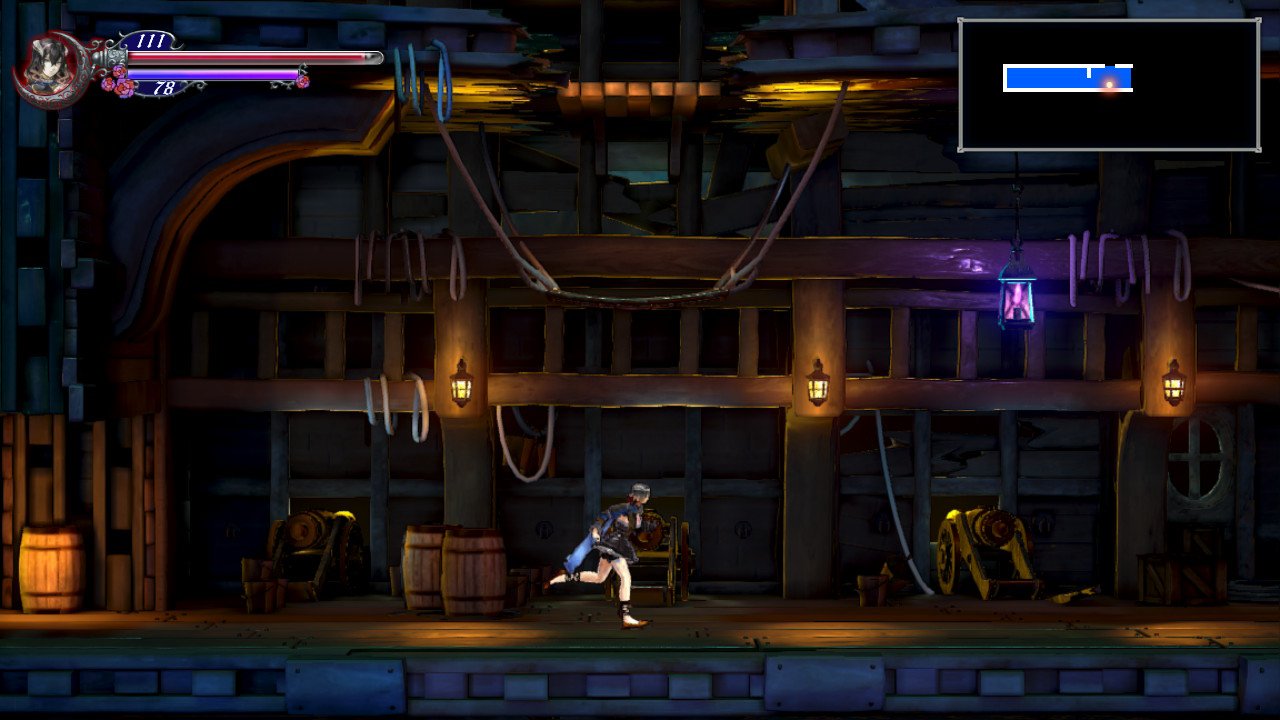 Koji Igarashi oversaw the development of a handful of Castlevania games that rocked so hard they not only changed the general course of the franchise but also caused the brand to become part of the genre’s label. So it’s perhaps little surprise that his return to the Metroidvania stable turned out as well as it did. There are things here that were never in any of his previous Castlevania games, but it somehow feels close to those titles in a way a million imitators never could. This Switch port feels like a comedy of errors at times, even after several patches. Yet the quality of the game manages to shine through that considerable baggage, making it well-worth playing if this must be the way you do it. 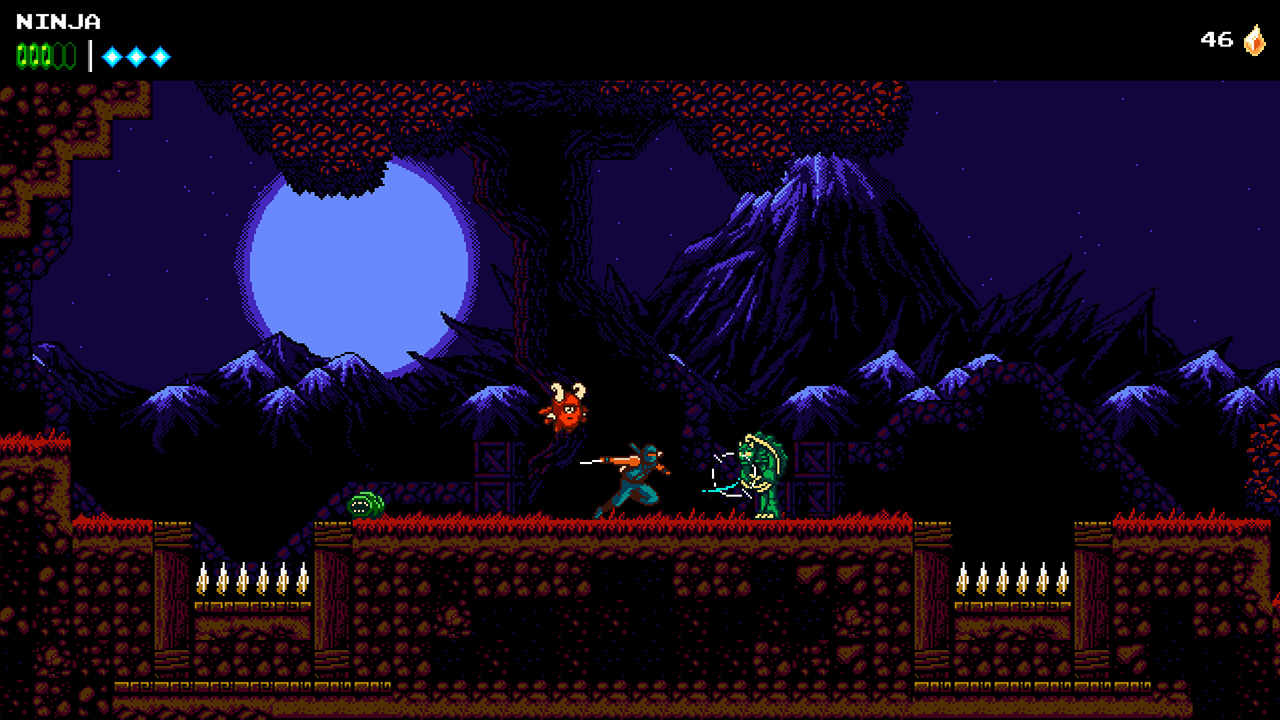 This game has been out for a couple of years and I still feel like I’m walking on eggshells by revealing its mid-game twist. Well, I can’t really explain why it’s here if I don’t at least lightly touch on it. The Messenger feels like a straightforward action game up until a certain point. Then something happens, and you’ve suddenly got a Metroidvania on your hands. A ninja Metroidvania. A Ninjoidvania, if you please. You do not please? Oh well, I tried. Anyway, some people prefer one half and feel the other drags the game down, but I think both sides of this rather ambitious title scratch their respective itches well. 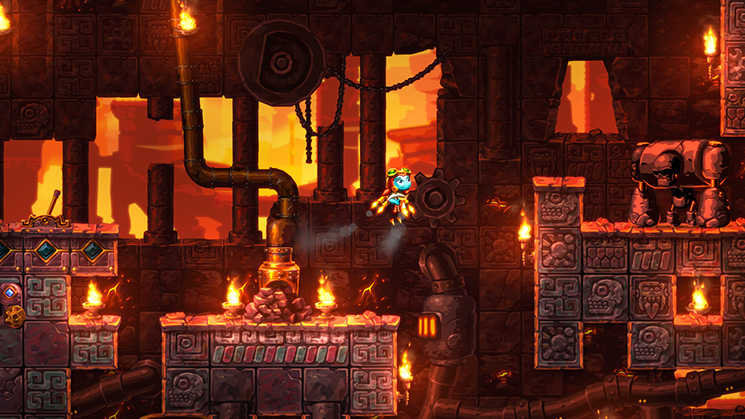 People like games about digging. They just do. I’m not sure why scratching one’s way into the ground is so compelling for humans, but there it is. While I’m rather fond of the original SteamWorld Dig, there’s no question that developer Image & Form cranked up the heat on the sequel. It’s bigger, more tightly-designed, and fleshed out in a lot of great ways. Plus, it finally answers the question of how things got from SteamWorld Dig to SteamWorld Heist, a question that kept me awake many a night. The upgrade loop is what makes these games work so well. You dig for a while, reach a limit of some kind, head home to sell your loot, and buy something that will help you get a little further. Every once in a while you come across a real game-changing piece of gear that opens up a huge new area. Extremely compelling stuff, even by the standards of this genre. 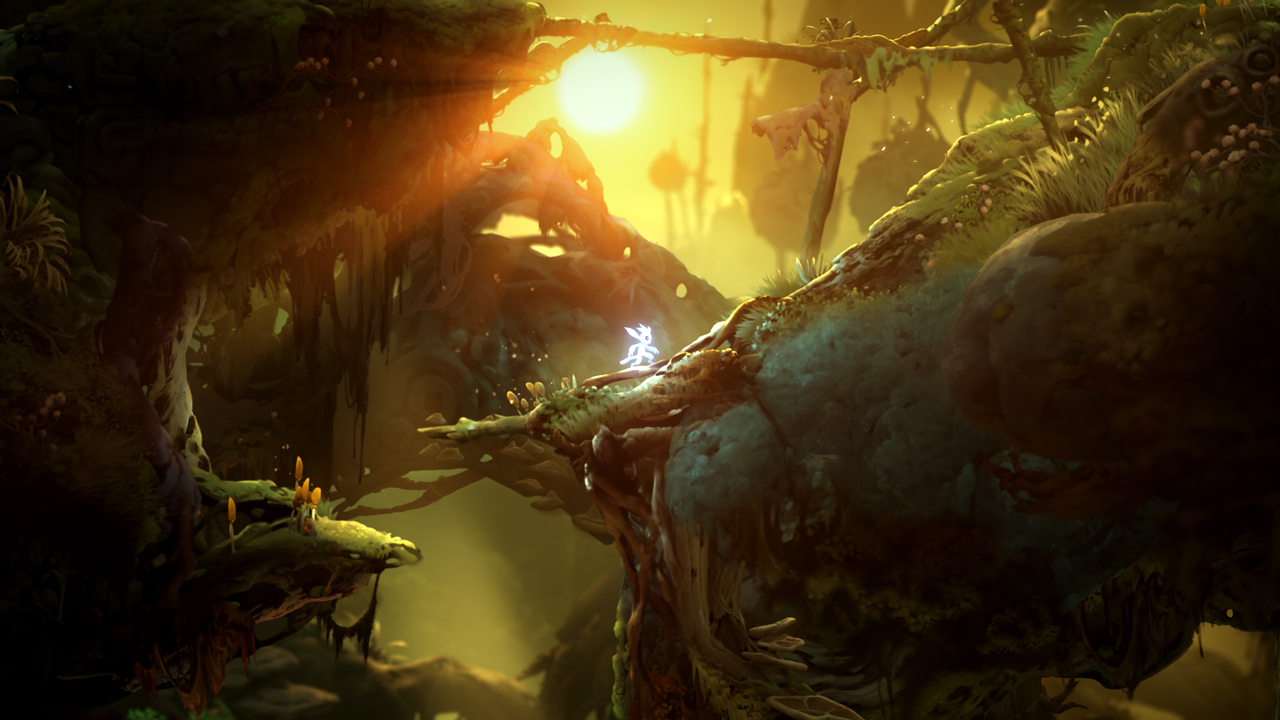 I’m just now realizing that there are a lot of sequels on this list. I think Ori & the Will of the Wisps serves as a good example of why, however. The first game was gorgeous, fun, and challenging, but it had a few rough edges that caused some players to fall off of it. Will of the Wisps corrects almost all of those issues, making for a more polished and enjoyable experience all around. And somehow it’s even more beautiful than the already stunning original. Both of the games are worth investing time into, but seeing the progression the team made from the first game to the second really is something else. In terms of sheer atmosphere it’s among the best of the best. 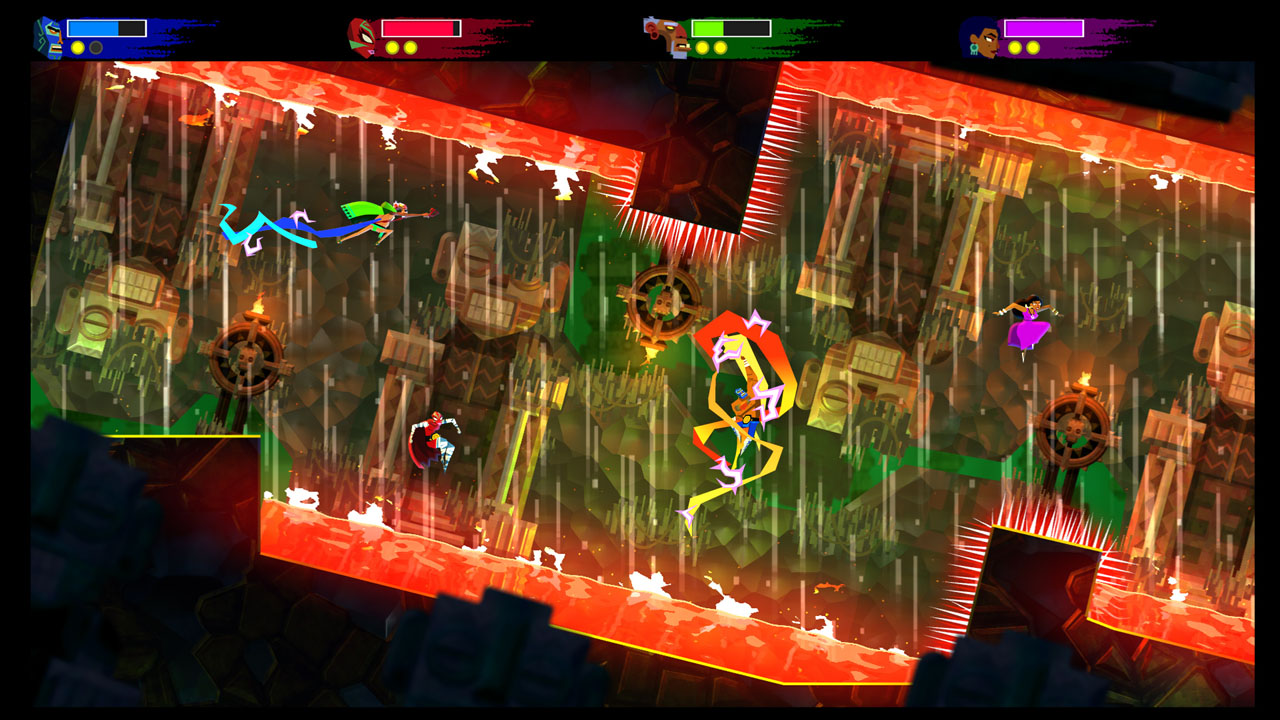 I tend to see the original Guacamelee! as being one of the trailblazers of the current indie Metroidvania boom. I was a bit of a Goldilocks when it came to Metroidvania recommendations back in the day, often finding them to not quite fit what I was looking for in the genre. Guacamelee! was one of the few that had me stand up out of my chair and scream “Yes! This is it!". Well, I didn’t really do that, but in my head? Totally. Guacamelee! 2 refines the ideas of the first game, resulting in one of the finer (and funnier) entries in the Metroidvania genre. Also one of the tougher ones, if you mean to do everything. The fighting stuff is easy enough to wrap your head around given time, but some of the platforming it asks you to do is positively Herculean in scope. Just part of the experience. 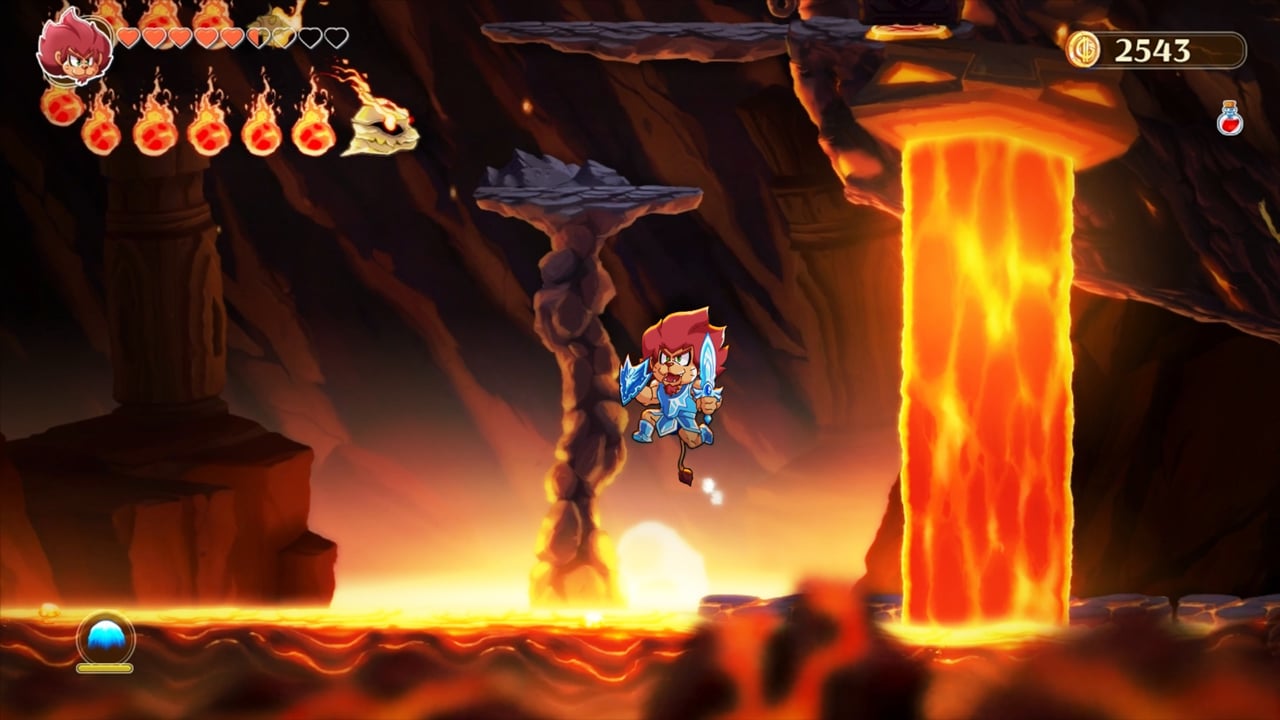 This game had me doubting it right up until the moment I played it. Could you blame me? A legendary series, one that probably deserves to be part of the genre label if anything does, resurrected by a team-up of an indie developer and an indie publisher with very little involvement from the original creators? How could this go right? And yet it did. It went so right that it may very well be the best game in the series. It’s faithful in all the best ways but completely unafraid to do its own thing where it makes sense. There’s a certain flow to Monster World games that can be hard to nail down, but FDG Entertainment and Game Atelier got it virtually perfect here. 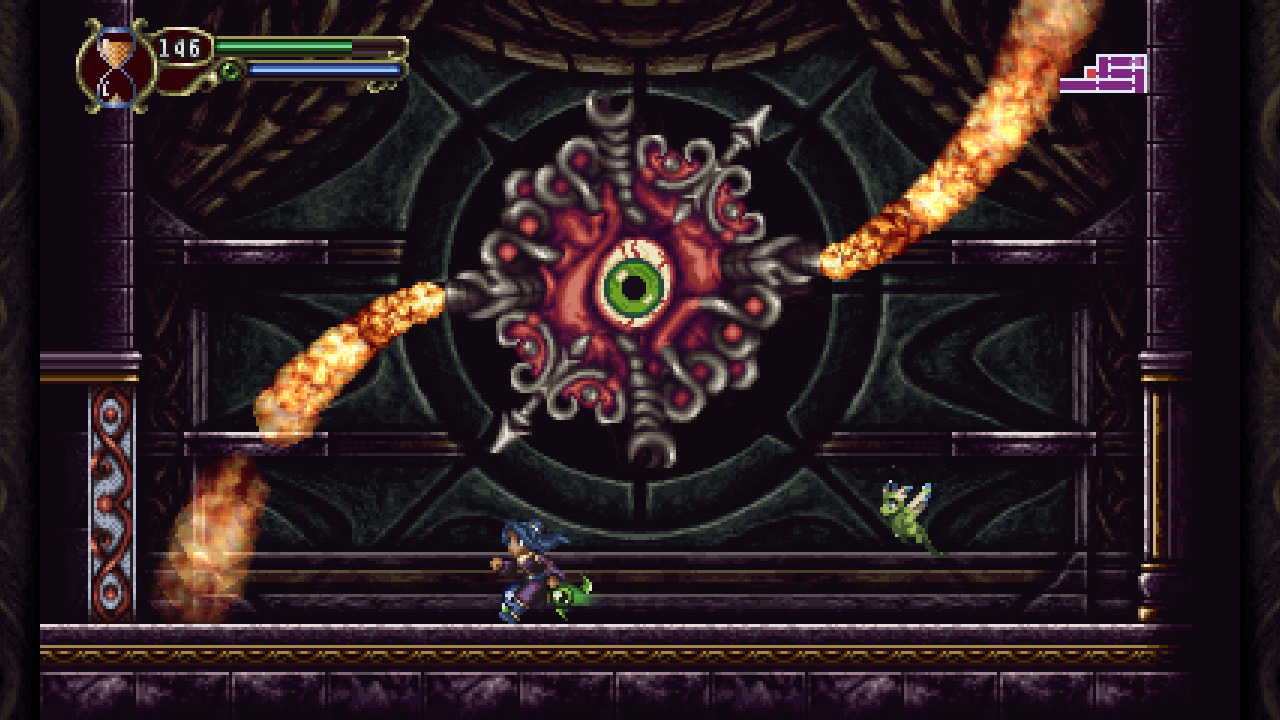 There are different archetypes in this genre, and most new games seem to be following one of them. Timespinner is very much trying to deliver a Symphony of the Night-style gameplay experience, and it gets closer to hitting that target than anyone outside of Koji Igarashi himself. There’s an extra time manipulation mechanic here and the story is certainly aiming for something different than Castlevania‘s gothic cheese, but its greatest successes are in its gameplay nuts and bolts: spot-on controls, enjoyable combat, and excellent overall map design. It just feels good to play, and that’s one of the most important elements in a Metroidvania game. 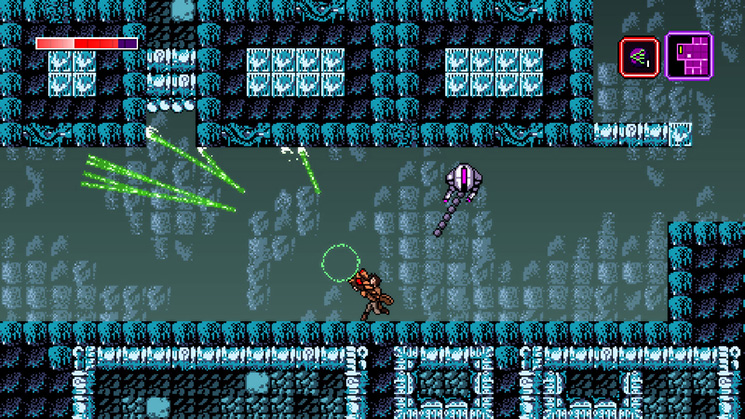 Axiom Verge isn’t so much a Metroidvania as it is a pure Metroid-like. It’s an impressive homage not just to Metroid as a series but also to the original Metroid‘s specific foibles. While you famously could glitch Metroid in a lot of weird ways, glitching Axiom Verge is a necessary mechanic. It also nails down that creepy, other-worldly atmosphere that the early Metroid games had. There’s something grungy and repulsive about sections of Axiom Verge, but that’s exactly what makes it stand out so much. There’s a sequel to this game coming in the near future, and I can’t wait to see how it turns out. At any rate, if you love Metroid, this is a game you’ll definitely want to check out. 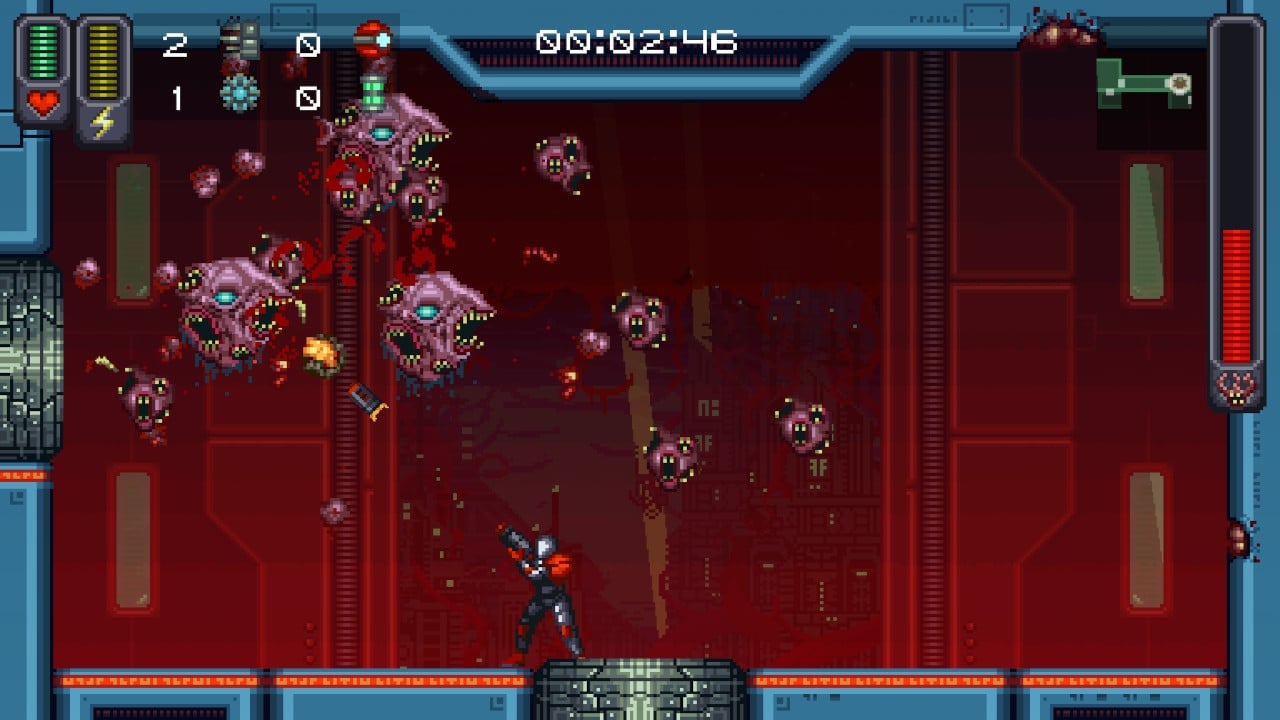 Well, there had to be one curve ball on this list. A Robot Named Fight attempts two ridiculously difficult tasks and does surprisingly well with both of them. First, it’s a tribute to Super Metroid in both the thematic and mechanical sense, and it actually does a great job of mimicking the curious physics of that game. Second, it’s a procedurally-generated Metroidvania, which is like chocolate and pickles in terms of sensible combinations. This is not something that should work, as Metroidvania games usually pride themselves on carefully laid-out designs that account for what the player can or can’t do at any given moment. Indeed, many games that attempt it really don’t do very well with it. A Robot Named Fight pulls it off, giving you randomized mini Super Metroid-ish adventures that often end in tragedy. A very unique and highly enjoyable game all-around. Shame about the title.

There aren’t too many surprises on this list, but I think that speaks to how many outstanding, genre-defining games the Switch plays host to in this genre. This is just scratching the surface of what you can find on the platform thanks to the popularity of these kinds of games among indie developers over the last several years. What do you think? Do you have any Metroidvanias you’d like to add to this list? Feel free to comment below with your favorite Metroidvanias on the Switch and let us know.