As anyone who has owned a premium mobile port by Square Enix on mobile knows, the company is very erratic with updates for most of its classic library. Some games are left broken for months while others are thankfully updated soon when an iOS update ships that breaks something. Over the years, Square Enix has brought a lot of classic Final Fantasy games to iOS and Android with mobile platforms getting them before consoles in some cases like Final Fantasy IX. The most recent release of Final Fantasy VIII Remastered is something a lot of people had been waiting to own on mobile for a while considering it was the only one missing from Final Fantasy to Final Fantasy IX. Final Fantasy IV ($14.99) is one of my favourite JRPGs of all time and I’ve always been hopeful that my favourite version of the game (the 2D one) gets brought over to modern platforms. After a surprise update last year, Square Enix pushed out updates to both Final Fantasy IV and Final Fantasy III on iOS and Android today with a small bit interesting change. Both games now have the icon and name indicate that they are a ‘3D Remake’. This has a few possible implications but doing this so close to E3 has me wondering about the various possibilities. 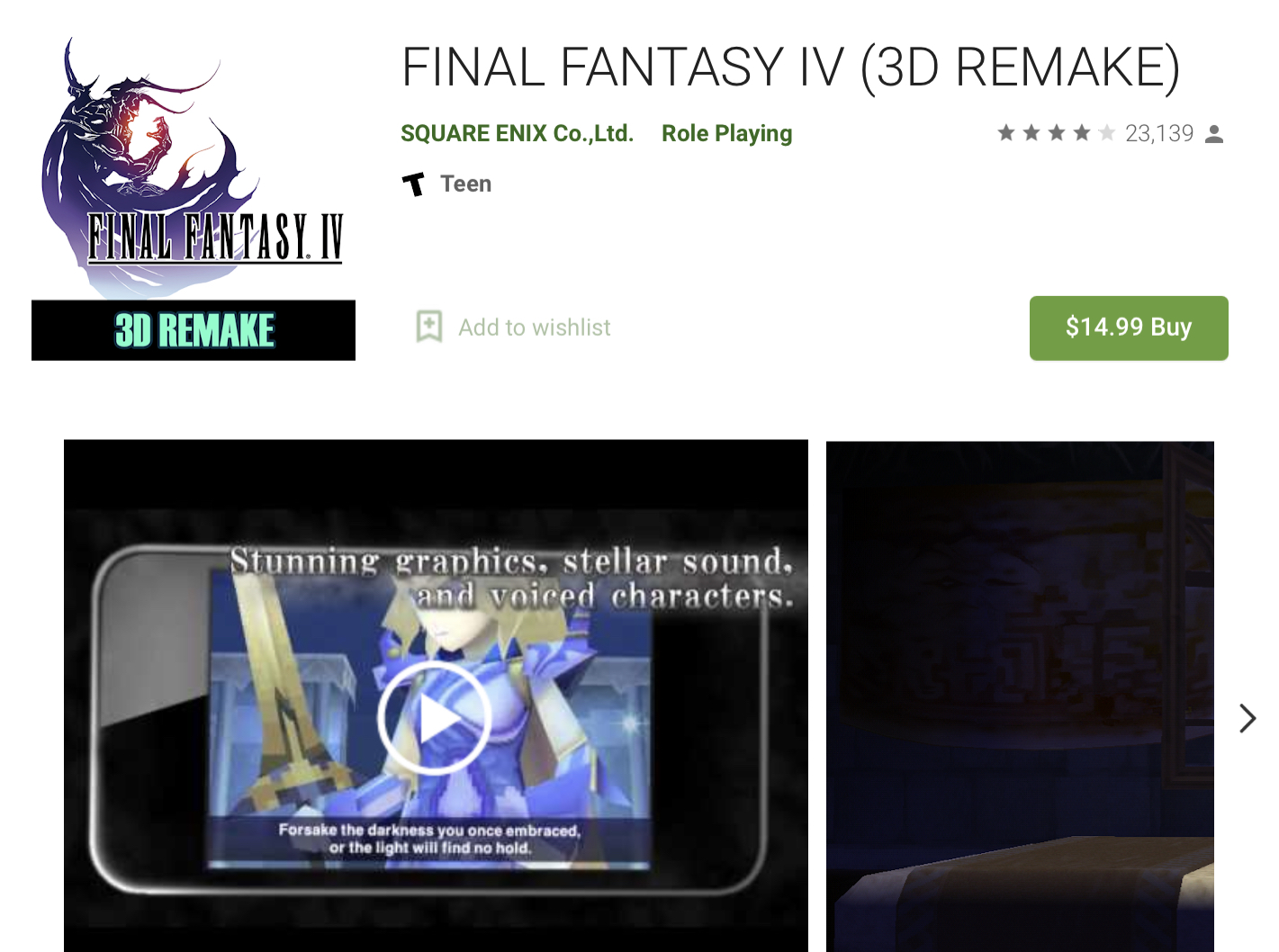 For mobile platforms, this could mean that the 2D versions of Final Fantasy IV and Final Fantasy III are being released with the 2D version of the latter never having seen an official English release. It is also possible this has to do with a collection of some sorts for other platforms. PS4 and Nintendo Switch don’t have any of the pre Final Fantasy VII games yet while Steam has all of them barring I and II with III to VI being similar to the mobile versions. I know a lot of people have been hoping Square Enix eventually brings I and II to Steam so all the games can be on a single PC storefront and platform. If this does mean more platforms are getting older Final Fantasy releases with some modern conveniences or even straight ports with the bare minimum feature set and emulation, I hope we get a physical release. I will not pass up an opportunity to buy Final Fantasy IV more times and I know I’m part of the problem there. Hopefully Square Enix reveals something at the E3 showcase on June 13th which I’m more interested in now with these surprise updates. 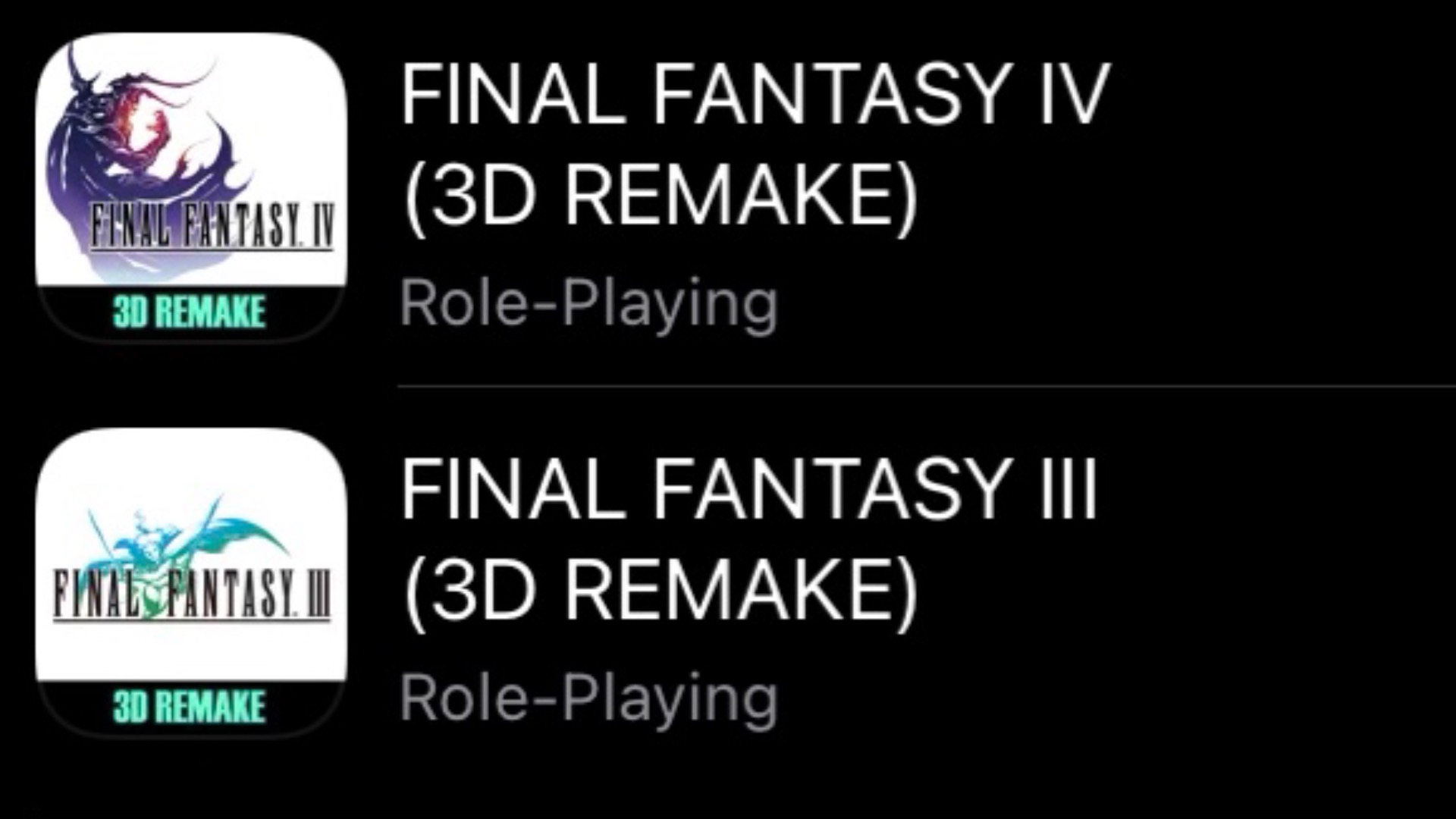 If you’d like to understand what makes every version different, Shaun’s got you covered on the history of Final Fantasy IV in our RPG Reload article on it. Make sure to read our review of the iOS version as well. Check out Final Fantasy IV on the App Store for iOS here and Google Play for Android here. For Final Fantasy III, I’ve never really cared for the 3D version so hope we do get a modern localized release of the 2D version on mobile and consoles. If you’ve played both Final Fantasy III and Final Fantasy IV, where do you rank them among JRPGs and as compared to other Final Fantasy games?