Beat Workers is set in a futuristic world where most of the work is done by robots. You’re put in the shoes of the Great Architect, one of the last employed human being. Your job ? Rebuilding monuments from the Great Country’s past to offer some more distraction to the mostly idle Great People.
In order to do that, you need to synchronize builder robots by tapping to the beat of the awesome tracks composed specially for the game. 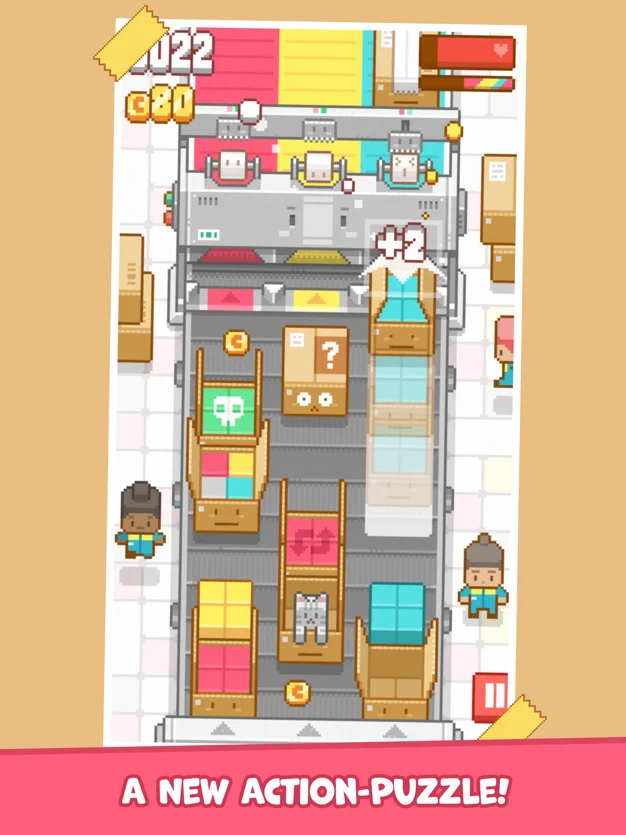 From the creator of Tape it Up!, a unique action-puzzle game has arrived!
You need to pack the boxes up ASAP! How far can you go with these messy boxes?

Forum Thread: Box It Up! Inc. (by team TAPE) 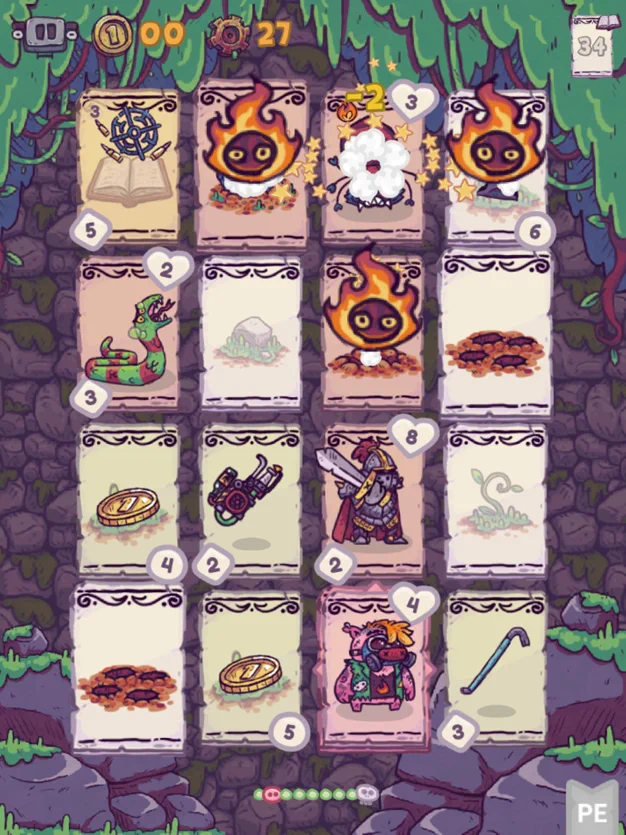 Move your hero pig around the board of Card Hog by defeating challenging foes, dodging dangerous traps, collecting shiny loot… and scrap!

Discover weapons, magical skills, amusing card combinations and use them against enemies or trick them to fight against their own kind. During your journey you will meet friendly characters offering ways to improve your deck of cards with new weapons, skills, and upgrades. 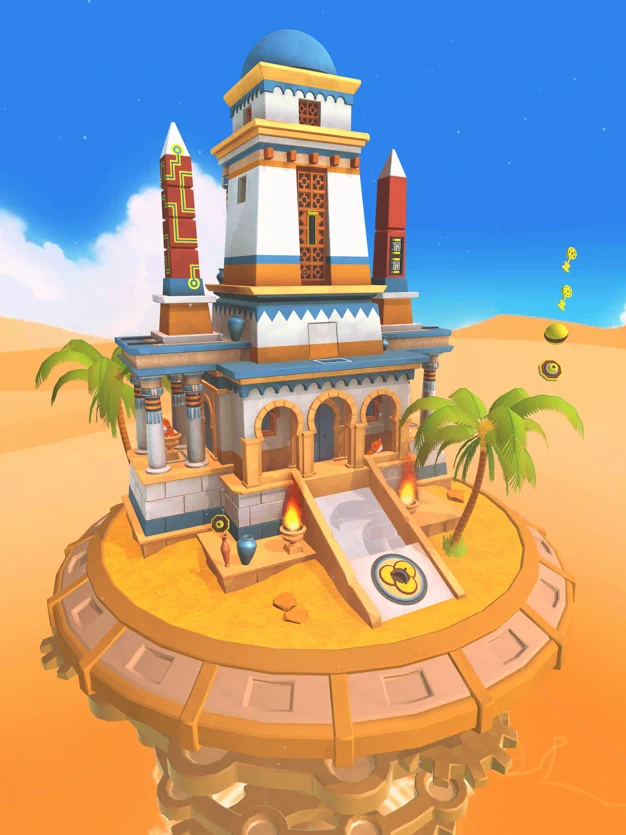 Crash Bandicoot: On the Run! (Free) 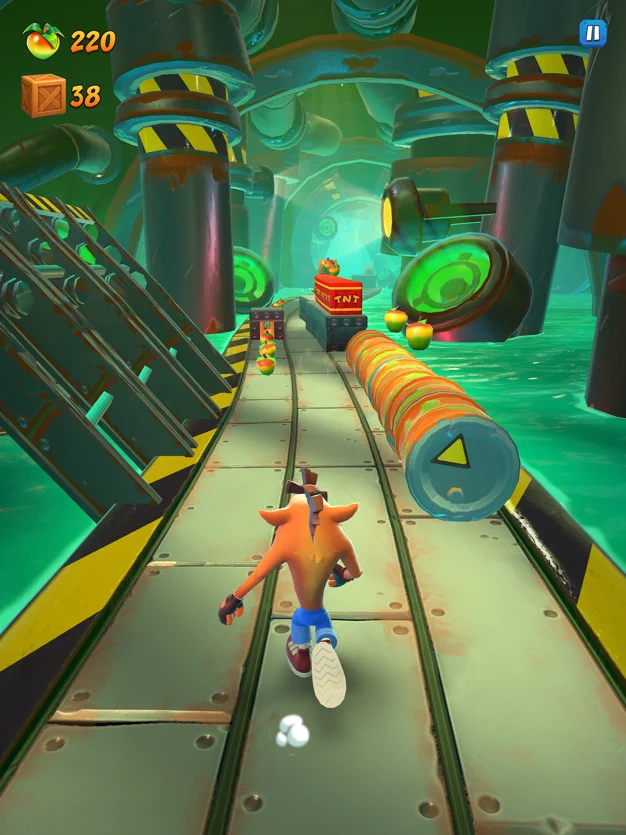 Join Crash Bandicoot and his sister Coco on a mission to save the multiverse!

Forum Thread: Crash Bandicoot: On the Run! (by King)

Dive into the dark fantasy world of the Shattered Realms and join the battle against evil. Play as a cunning rogue, a brutal warrior or a mysterious Seeker wielding arcane magic. Or create your own class and play as who- or whatever you want to be! Start playing today, create a unique deck with access to over 300 cards and see how far you can venture into the corrupted lands of Umbris. 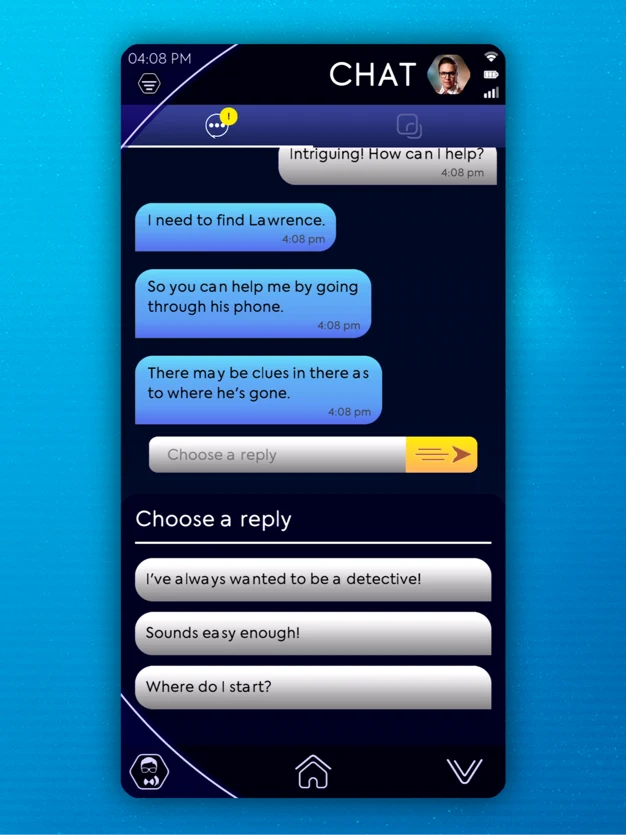 Amidst a sinister series of events at a seemingly abandoned house in London, someone goes missing, and you find their phone. When it begins to self-destruct, ex-UNIT scientist Petronella Osgood enlists your help to uncover hidden clues and solve cryptic puzzles. Will you unravel the truth behind the chilling disappearance before it’s too late? But remember: don’t turn your back, don’t look away and DON’T BLINK.

A glimpse of death made the strong and wise warrior Gallar look for a way to continue enjoying worldly pleasures for all eternity. Ancient writings say there is a mystical cave in the Valley of Eternity that holds a lost relic capable of granting eternal life to the brave who finds it. Armed with his ax and his trusty pickaxe, Gallar sets off for the northern mountains in search of an epic adventure that may cost his own life; or guarantee it forever. 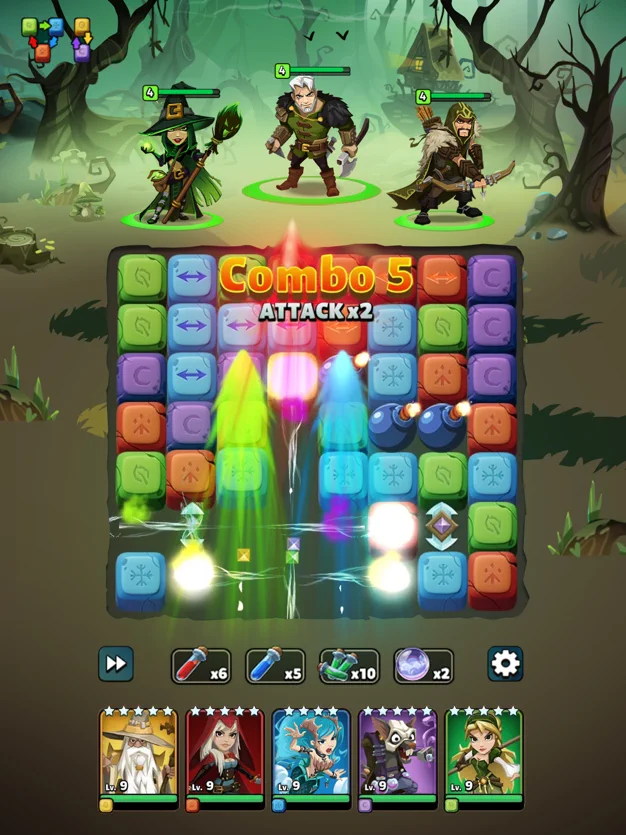 Traverse the enchanted forest in Fable Wars unique take on a card puzzle RPG game. Put together a team of fable heroes and save the fantasy world by defeating the enemies in a series of thrilling puzzle quests. Build your card collection and assemble a team of legendary heroes!

Fate of kai is a unique and innovative experience in the puzzle genre. Discover Kai’s story by walking through the beautiful panels of a magical hand-illustrated book. Explore each chapter like a maze, and modify the characters’ ideas to move the plot forward in the correct direction.

FINAL FANTASY VIII was first released on February 11, 1999. Beloved by fans, this title has garnered a great deal of popularity even compared to other installments in the FINAL FANTASY franchise, selling more than 9.6 million units worldwide. And now players can enjoy FINAL FANTASY VIII on their smartphone! With renewed character CG, the world of FINAL FANTASY VIII is now more beautiful than ever before. 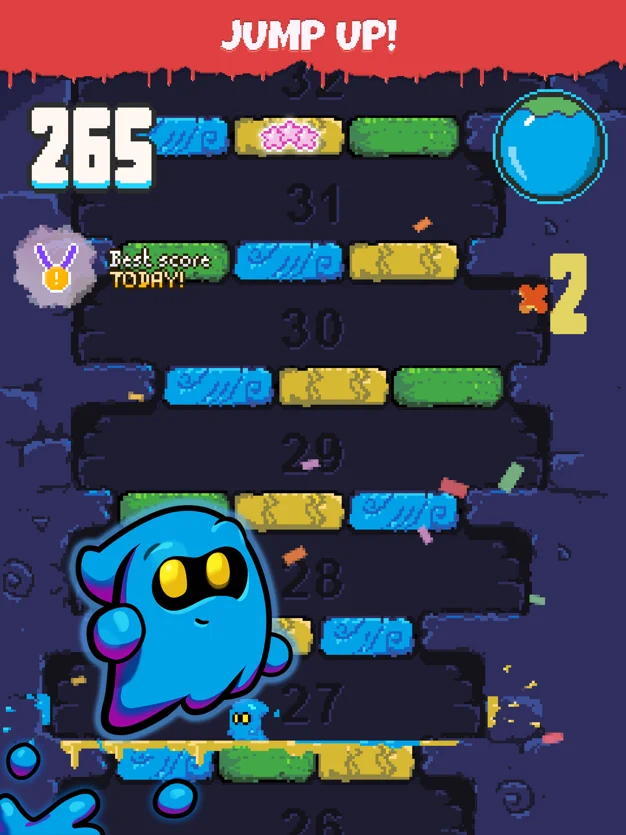 Ghost Jump Go! is an endless jumper with a color twist. You jump upwards a tower made of beautiful pixel art. The Ghost floats across the screen from left to right. Above is a ceiling made of colored blocks. Every time the Ghost changes direction it randomly picks a color from the ceiling blocks. This gives you one length of a room to react. You can only jump through blocks of the Ghost’s current color. Reaching a new floor adds points to your score. The most fun is to master the art of entering and leaving a floor with no more than one turn. If you do so you fill up your combo orb and subsequently multiply your score.

Manage your team from the pit wall to master the art of racing. Compete head to head online with other players.

Scout sponsors and drivers, invest in your factory to research and build performance parts. Create technological alliances with other players to trade performance upgrades. Score championship points and climb rankings to move up Leagues. 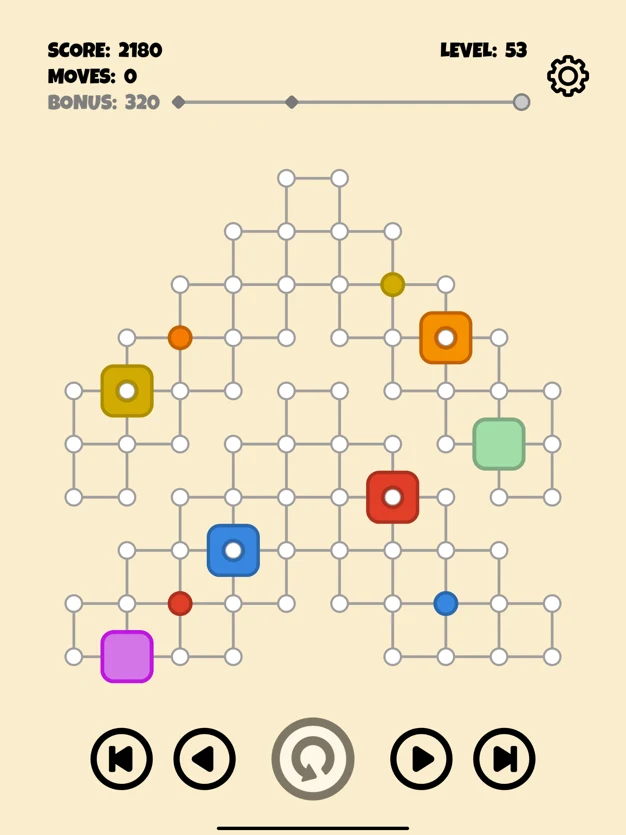 Guroku is a logic game based on a completely new principle.
Move the colored squares to place them on rings of the same color.
Try to solve all the puzzles. Shake your brain, it’s not as easy as it might seem! 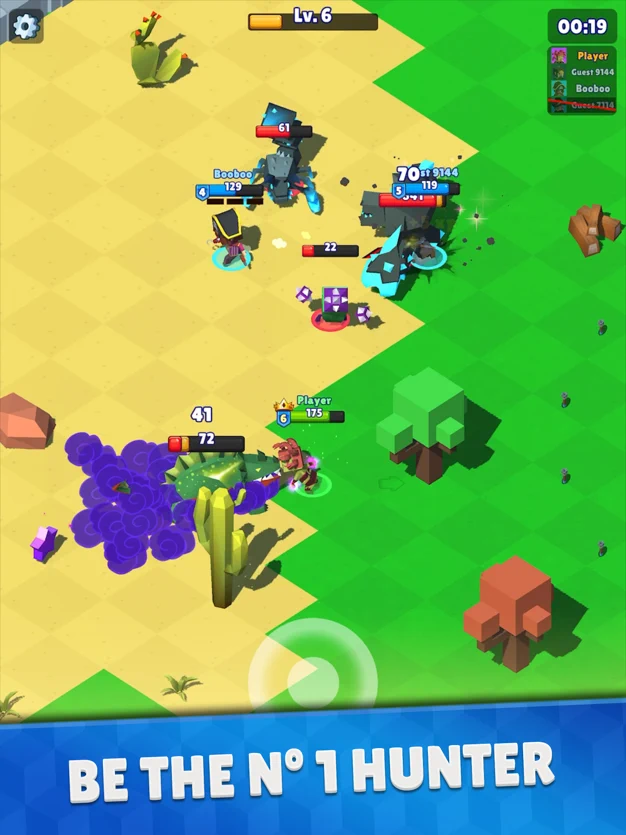 Become a top survivor hunting cool monsters against other people! Choose one of 30 completely different characters with their own skills. Learn XP, unlock new abilities.

The hunt is on! Enter the hunting grounds as one of 4 warriors and survive in combat against awesome and unique fantasy enemies in this new type of battle royale! 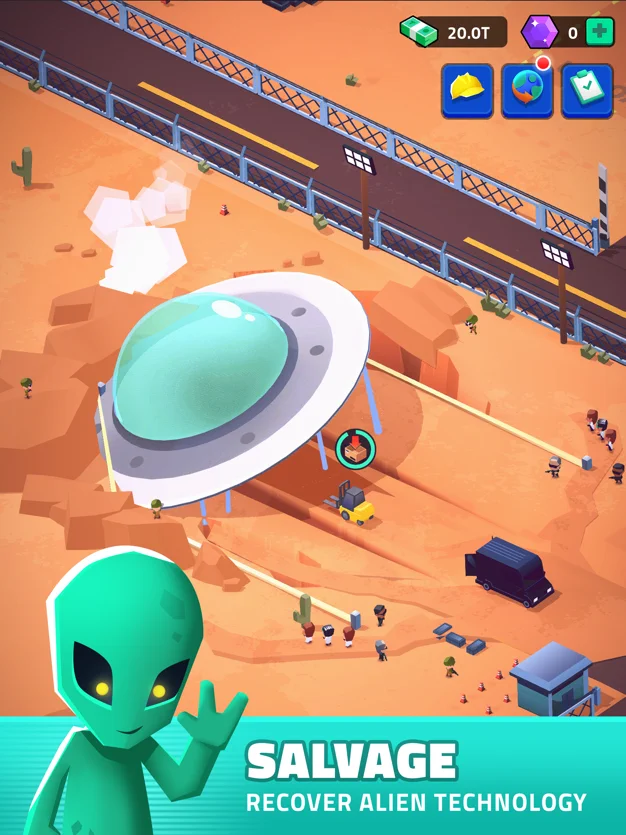 The aliens have CRASH landed!
Salvage as much alien tech as possible from the downed UFO and take it to your super secret desert facility for research in Idle Area 51.

Welcome to the world of Insignia, where the bonds of friendship and comradery are forged in the fires of unending conflict. You are Rayl, nephew to the Archon of Artesia. You’ll stop at nothing to protect your country and family, but your foes are many and equally persistent. Somebody has it out for you, and it will take great courage and resolve to defeat them. Can you solve the mystery of the war and bring those responsible to justice?

Video chat with friends while you complete multiplayer jigsaw puzzles! Add your friends, group chat and easily move to video chat when you start a puzzle. Chill face-to-face with friends and family wherever you are. Or relax with jigsaws on your own. Just talk online with a fun game and no ads.

Do you have what it takes to take command of a fleet of Lightblade Drones? Translate your taps and swipes to pilot a fast and responsive fighter, and bring destruction to the waves of enemy chopper drones…

Race to save the trees! Nature is under attack by a rampant and out of control FANGLE Artificial Intelligence! It has gone crazy and thinks that it needs all the wood in the world, from the last trees on Earth.

It’s you against the world wanting you (un)dead. Got what it takes to survive?
A deadly virus plagues the world.
Animals are running wild. People are running wilder.
Civilization has collapsed and the end times are here.
Only you can help humanity.

Feel the thrill of racing in PROJECT CARS GO with ONE-TOUCH racing gameplay optimized for mobile.
Compete around the world on the most famous race and drag tracks and compete for glory at the finish line! 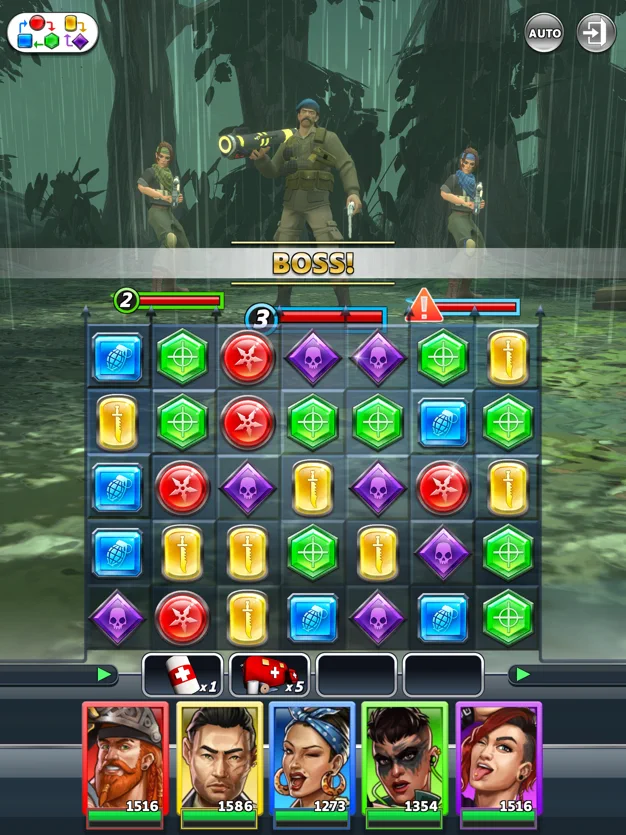 Fast cars, furious battles, legendary loot and epic boss fights. Get a crew together, pick some rides and take on the world in Puzzle Heist! A brand new and exciting puzzle RPG game like nothing you’ve ever seen.

Roman Empire is a fast paced strategy game where you, as a new Caesar, will conquer the Europe.

Drag your units between cities to attack enemies or defend your cities from attack. To win, use the right tactic and take over all villages and cities.

A bizarre casual game where you raise Godzilla.

Nestled away on a planet where civilization has long since died out, there is a small village where you can raise Kaiju.
The Kaiju love to run.

Underdogs is a new and unique multiplayer experience. Work as a team to push the cart to the enemy base in this epic fast-paced multiplayer action game.