Stardew Valley ($4.99) is the gift that keeps on giving. The initial release on consoles and mobile was already amazing but Eric Barone (ConcernedApe) continues to update it for free with big content drops and a lot of new features that refine the superb experience. While patches and updates arrive on PC first followed by consoles, Stardew Valley finally had the big 1.4 content update hit iOS and Android. Since then, everyone has been looking forward to the Stardew Valley 1.5 update that adds in new end game content, quality of life features, splitscreen co-op, the ability to move beds, and a lot more. Over the weekend, more features were revealed for Stardew Valley‘s big 1.5 update. The highlights are the new Beach Farm and Advanced Game Options menu for new farms. These will be great for veteran players looking to start a new save. The Guarantee Year 1 Completable option will also make sure that the red cabbage seed shows up in the first year instead of it being a random chance. Check out the new menu in the screenshot from ConcernedApe below: 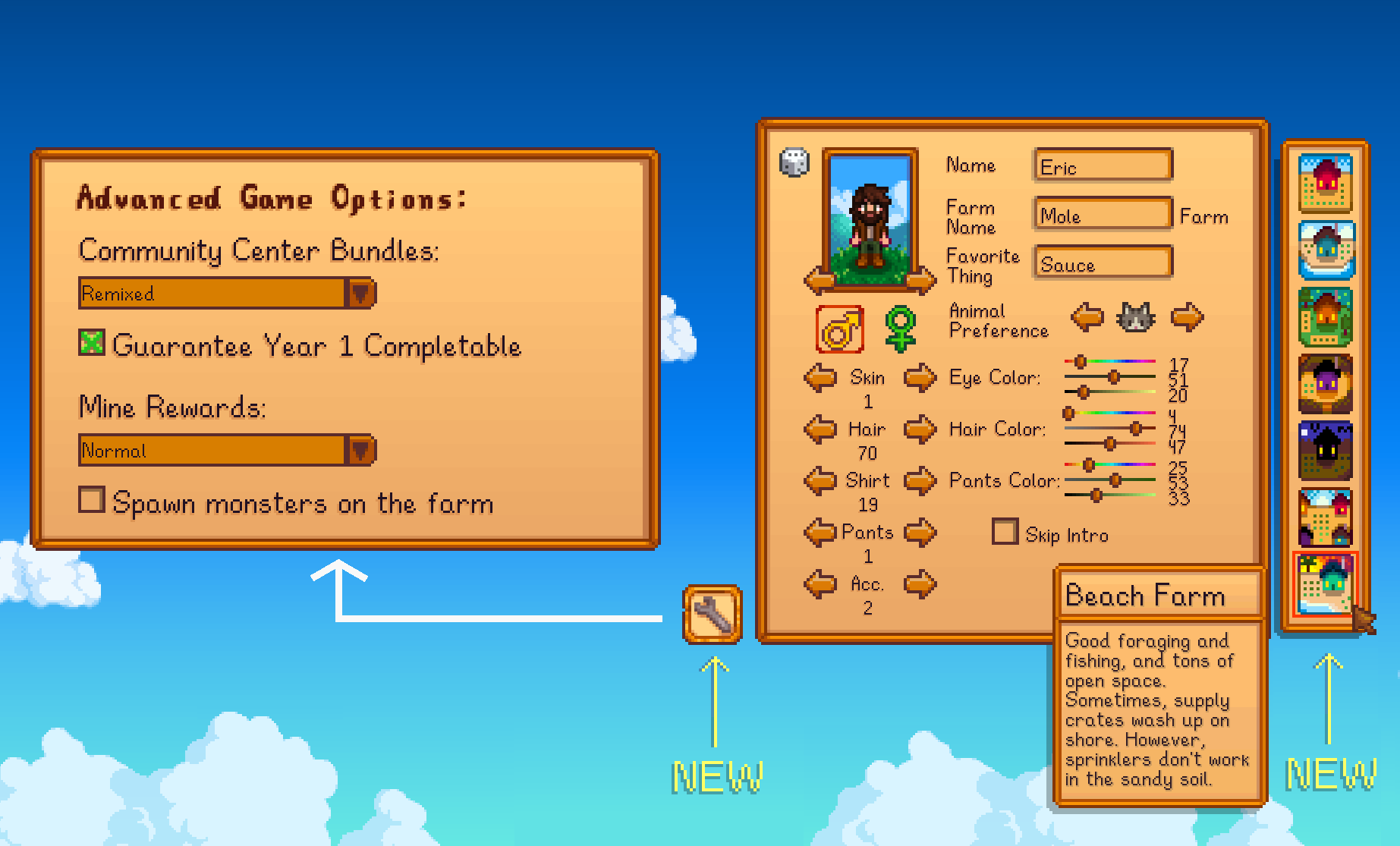 As of now, Stardew Valley 1.5 will release soon on PC and in early 2021 for consoles. It should be on mobile after that. As of now there are no plans to bring multiplayer to mobile sadly. Stardew Valley 1.5’s split screen co-op has only been also confirmed for PC and consoles right now. As of now, there’s no confirmed release date for Stardew Valley 1.5 on any platform barring the release window mentioned above. One thing to note is that Stardew Valley save syncing will likely break when the 1.5 update hits PC because it will not be on mobile for a while after. Read our original review of Stardew Valley. We even featured it as our Game of the Week. If you don’t already own it, you can buy it on the App Store for iOS here and for Android here on Google Play. If you own a Nintendo Switch and an iOS device, I compared both versions of the game to help you find the best platform to play it on. Here’s our forum thread on the game for more discussion. What would you like to see in Stardew Valley version 1.5 that hasn’t already been revealed?