Stardew Valley ($4.99) from ConcernedApe finally got the big 1.4 content update on iOS after it hit Android. This arrived later than the console and PC versions of the game. The major update added a ton of new stuff including a new end game, fish ponds, events, new music (enough for a new digital album release), and a lot more. Eric Barone (ConcernedApe) has been teasing the big 1.5 update on Twitter over the last few weeks slowly revealing bits and pieces of information about the upcoming major update. We know that version 1.5 will introduce a significant piece of new end game content and it will also include quality of life features and improvements. Today ConcernedApe confirmed that version 1.5 will let players move beds. This is something many players have wanted for a long time. 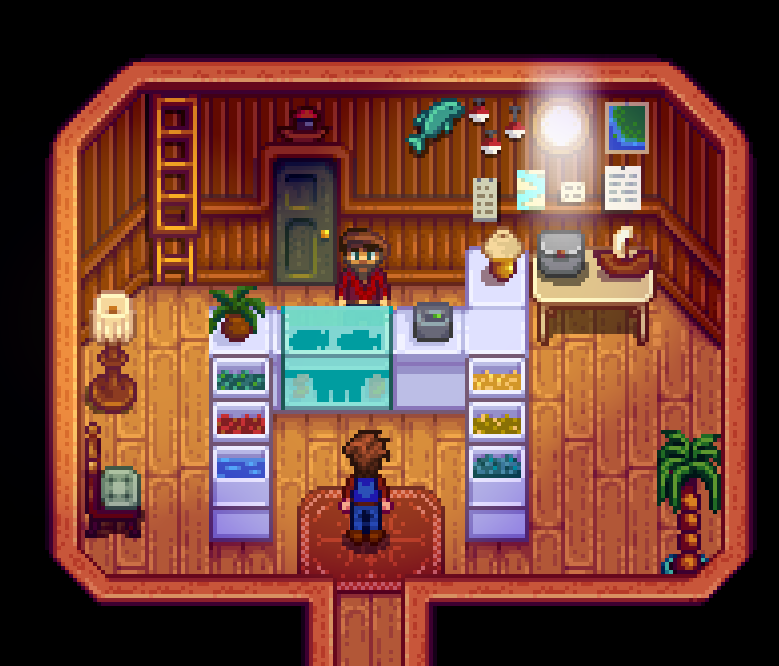 The image above is another teaser for version 1.5 showcase a door behind Willy’s Shop. Stardew Valley is currently down to $4.99 on both iOS and Android. If you’ve not gotten it yet, now is a good time to jump in because the port is amazing. Read our review of it. We even featured it as our Game of the Week. If you don’t already own it, you can buy it on the App Store for iOS here and for Android here on Google Play. If you own a Nintendo Switch and an iOS device, I compared both versions of the game to help you find the best platform to play it on. Here’s our forum thread on the game for more discussion. What would you like to see in the next Stardew Valley content update?