A little less than a month ago Mojang began teasing a new augmented reality experience in the Minecraft world, and about two weeks later they fully revealed that project to be something called Minecraft Earth. The initial thinking was that Minecraft Earth would be something akin to Pokemon GO just with Minecraft-iness injected, and based on the teaser videos shown that seemed to be the case. However, those teasers also hinted at an augmented reality experience that was more like regular building and adventuring that you’d do in Minecraft, but projected into the real world through AR. And that also seems to be the case based on the demo Mojang just did at WWDC 2019 keynote showing how Minecraft Earth works when playing locally with a friend. 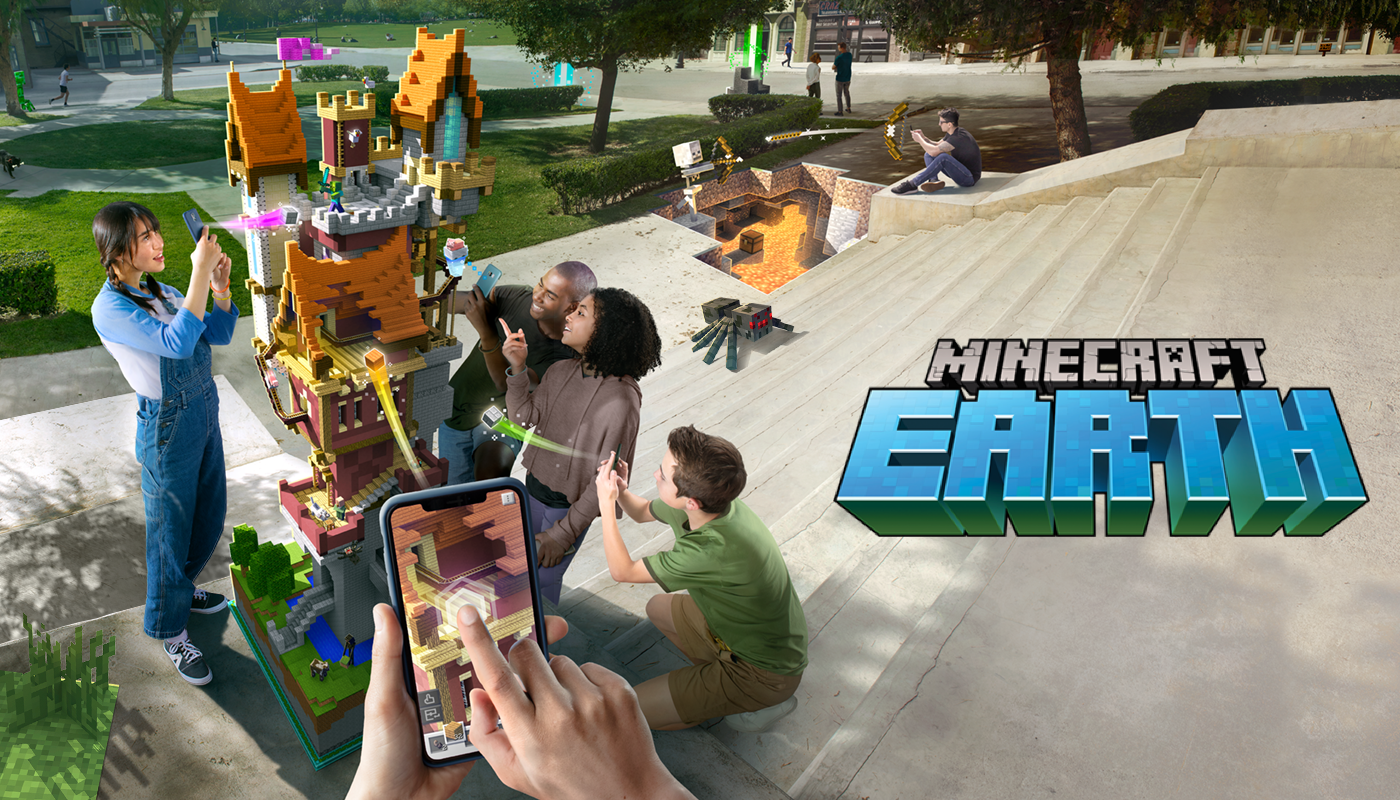 To start, the two Mojang developers projected a Minecraft build onto a tabletop on the stage. If you’ve watched any of the ARKit demos from the past few WWDC keynotes, you’ve totally seen this demo before. It showed the two building cooperatively with pretty much all the elements of Minecraft that you’d expect, including all the blocks, the animals, and the enemies. Apple is touting a new feature of ARKit 3 that provides better occlusion of people, meaning that in AR the virtual objects can tell when a human is walking around them in the scene and can project those objects in front and behind of that human in 3D space. This was on display during this part of the Minecraft Earth demo as the two Mojang employees circled around the virtual Minecraft build. There’s also new motion capture technology in ARKit 3 which they used to make their in-game avatar react to their real world movements.

However, the really cool part of the demo was when they expanded the build into full real-world size, and one of the Mojang employees was more or less projected into the build itself. Imagine building a huge castle and then being able to project yourself into it and explore it in augmented reality. That’s basically what Minecraft Earth allows you to do, and knowing how popular local multiplayer Minecraft is with multiple people playing on a variety of different devices, this seems like the next evolution of that. The Minecraft Earth website is now live and you can sign up over there to be among the first to try out the game in a closed beta if you have an iOS device on iOS 10 or later or an Android device on Android 7 or later. We’ll keep an eye out for more details on Minecraft Earth as development continues.

[Video via The Verge]