We’re huge fans of GameClub around these parts, and not just because it’s the latest venture of our former colleague Eli, but because we truly believe in their endeavor of bringing back some of the App Store’s lost premium classics. We’re not the only ones who are believers though, as today GameClub has revealed exclusively through Venture Beat that they’ve received $2.5 million in seed funding from a number of investors. Apparently others also care about preserving the history of mobile gaming! While we’re very happy to see a fledgling company like GameClub get financial support in that way, what we’re even more excited about is the announcement within the announcement that Vlambeer’s classic arena platformer Super Crate Box is now signed up with GameClub and will be getting updated and brought back to life soon. 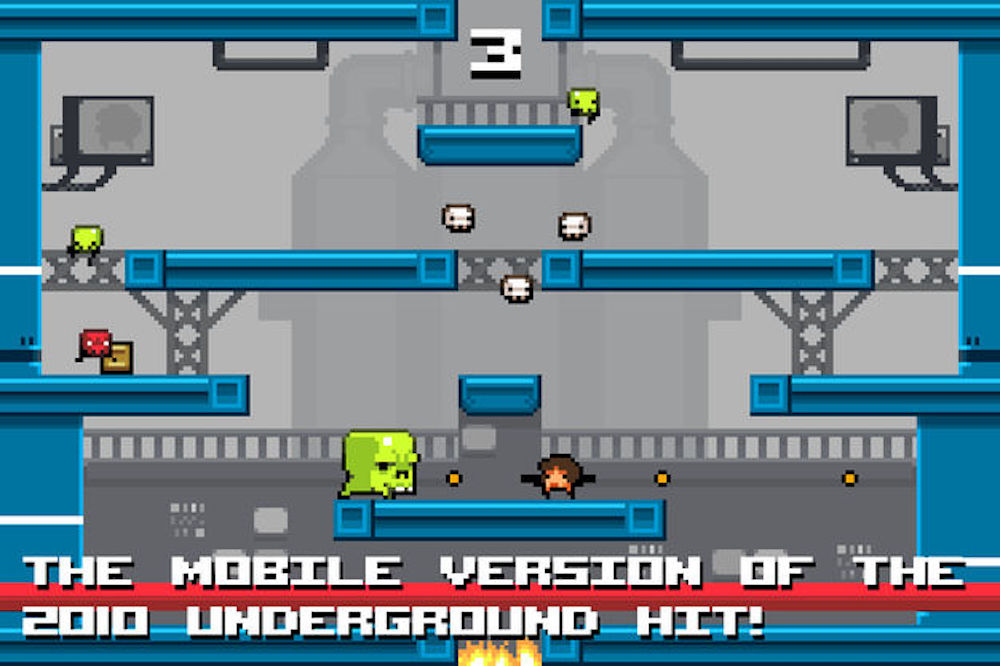 In case you’re unaware, this is a surefire sign that Hell has frozen over. For years now Vlambeer has been promising an update to Super Crate Box but has never come through. The game originally launched on iOS way back in December of 2011 and translated surprisingly well to the touchscreen. We gave it 5 stars in our original review and it quickly became one of my very favorite games personally. Vlambeer also had a clever method for updating the game, as there was an in-game counter that kept track of how many crates had been collected by all players worldwide, and once certain thresholds were met they’d release a new content update.

The first update was set to hit when 5 million crates had been collected, but Vlambeer vastly underestimated how popular the game would be on iOS and that mark was hit in just a few days after the game’s release. They scrambled and got that first update ready and released about a month after the game’s launch, and just to be safe they set the next update’s crate goal at a whopping 40 million to make sure and give themselves enough time to have the second update ready. Well, they underestimated again, as it didn’t take long at all to hit that 40 million mark either. That second update arrived in April of 2012 just as the worldwide crate counter was hitting 100 million, more than twice the initial goal, and this time they concocted an even more surefire way to prevent players from hitting the crate goals too quickly by adding in an extremely rare golden crate to the game. So rare in fact that the collection goal was set to just 100 golden crates.

Things were getting super interesting as everyone wondered how long it would take to collect 100 of these special crates, but sadly it didn’t matter as that was the last content update Vlambeer ever released for the game. There was a minor update released in December of 2012 adding some minor fixes and promising “a bunch of new characters and challenges" but that update has never come. They reassured everyone it was coming in January 2015, and then promised again it was coming “in the next few months" in August of 2016, but this elusive update still never arrived. With the update now in the hands of GameClub, I can actually feel confident that an update will eventually arrive for reals this time. And while it may not include “a bunch of new characters and challenges" as was always promised, I’ll very gladly settle for a version of Super Crate Box that simply works on newer versions of iOS and fits newer device screens properly. I mean, it’s been sever years, you know?

Once we get word on when Super Crate Box is heading to GameClub’s Early Access program, we’ll give you a heads up, but if you want to get in on all the games they’ve already been resurrecting then you can sign up for that program for free over on their website.