It was a very merry Christmas for strategy game-loving iPad owners this past December when Aspyr Media brought 2K and Firaxis Games’ critically-acclaimed title Civilization VI (Free) to the iPad. And not just some stripped-down-for-mobile port either, this was the full, real deal desktop game but on the iPad. We were overwhelmingly impressed with it in our review and picked it for our Game of the Week when it released, and in general feel it’s the best strategy title available on the App Store. Since that initial release, Aspyr has been busting their butt to get all of the DLC that has been added to the desktop version of the game out for the iPad. This has included the Poland and Vikings packs in February and the Australia pack earlier this month. Now a new pack featuring Persia and Macedon content is now available for purchase in Civilization VI for the iPad. 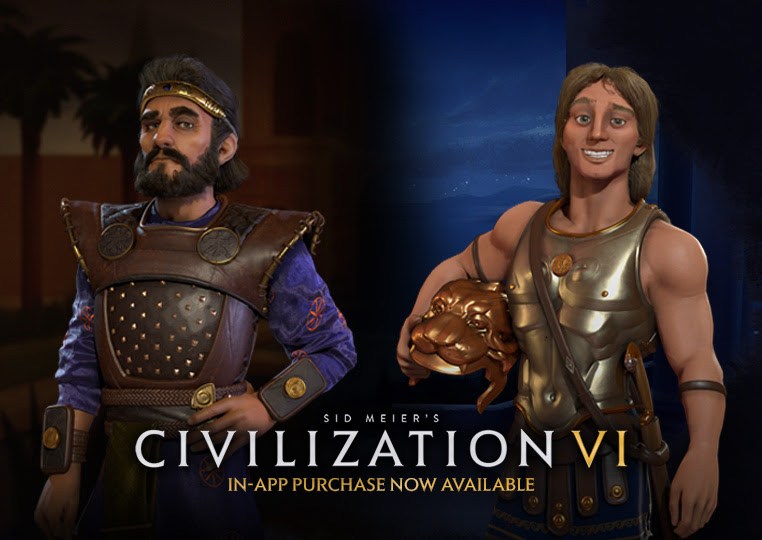 The new Persia and Macedon pack will run you $8.99, which is actually a deal compared to the previous packs which run $4.99 each. In order to utilize any of the DLC in Civilization VI on iPad you’ll need to have unlocked the full game via IAP. Oh yeah, besides being a full-featured desktop-class game on the iPad and not compromising on features between platforms, Civilization VI also made headlines for not compromising on the price either, and the regular price of the iPad version matches that of the desktop version at $59.99. However, the iPad version has frequently been on sale for half-price, and that is true once again alongside this new DLC release. The full game unlock will be $29.99 until May 17th, so you have almost a full month to decide if you want to drop the cash for the full version Civilization VI and still get it at the deal price.