From now until May 17 you can get the brand new Australia DLC for Civilization(Free) 6 on iPad for 50% off. The Australian faction features full housing from coastal starts. Their districts get improved yields when build in attractive terrain. They also have a new leader that provides bonus production to Australia when they have been the target of a declaration of war or have liberated a city. Led by John Curtin, champion of the Labor Party into and through World War 2, Australia brings with it a number of new goodies to the Sid Meier franchise. 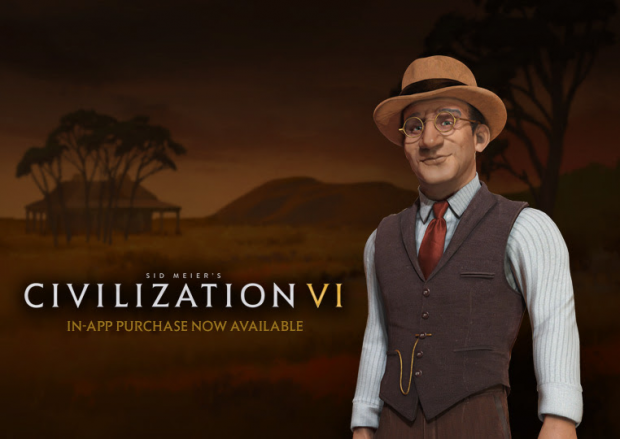 A new scenario, Outback Tycoon, features a strong focus on economics. Within a 60 turn limit you and up to 3 opponents will take control of one of four colony governments and there is no combat at all. Thats right, with unique units and gameplay effects, you will be forced into non-combat tactics to prevail to become the Outback Tycoon.

Australia has some unique abilities and units including John Curtin’s ability called Citadel of Civilization. Their unique unit is the Digger who gets bonuses to combat on land tiles that are adjacent to water or when fighting outside their territory. They have a tile improvement called Outback Station that provides food and production with bonus food for adjacent pastures. Along with the extra housing for coastal cities, their pastures trigger the culture bomb effect and the attractive terrain bonus affects yields from campuses, commerrcial hubs, holy sites and theater squares. Australia also brings with it the Uluru natural wonder which provides bonus faith and culture to adjacent tiles.

To celebrate the release of the Australia DLC, the entire Civ6 game is half off too until the May 17 cut off. For a game as deep and involving as Civilzation is, getting $30 off doesn’t happen very often. So go pick it up at a steep discount today!