Jared and I are down in Atlanta this week to attend the Hi-Rez Expo or “HRX". It’s super cold here, by Atlanta standards, which is pretty amusing for me coming from Chicago where it was -15ºF on the day I left. But, hey, whatever! HRX is a celebration of all of Hi-Rez Studios’ games which includes Smite, Paladins, and Hand of the Gods.

Their latest upcoming mobile game is called Bot Smashers, it’s a 1v1 base builder game where players collect loads of different bots to fight for you. Details are super scarce right now, as they just teased the game during their opening keynote, but you can sign up to get involved in beta testing the game by heading over to the Bot Smashers site. The brief gameplay that has been shown so far looks quite a bit like a very lightweight RTS with a collection and upgrading mechanic. It seems pretty likely that this is a free to play affair. 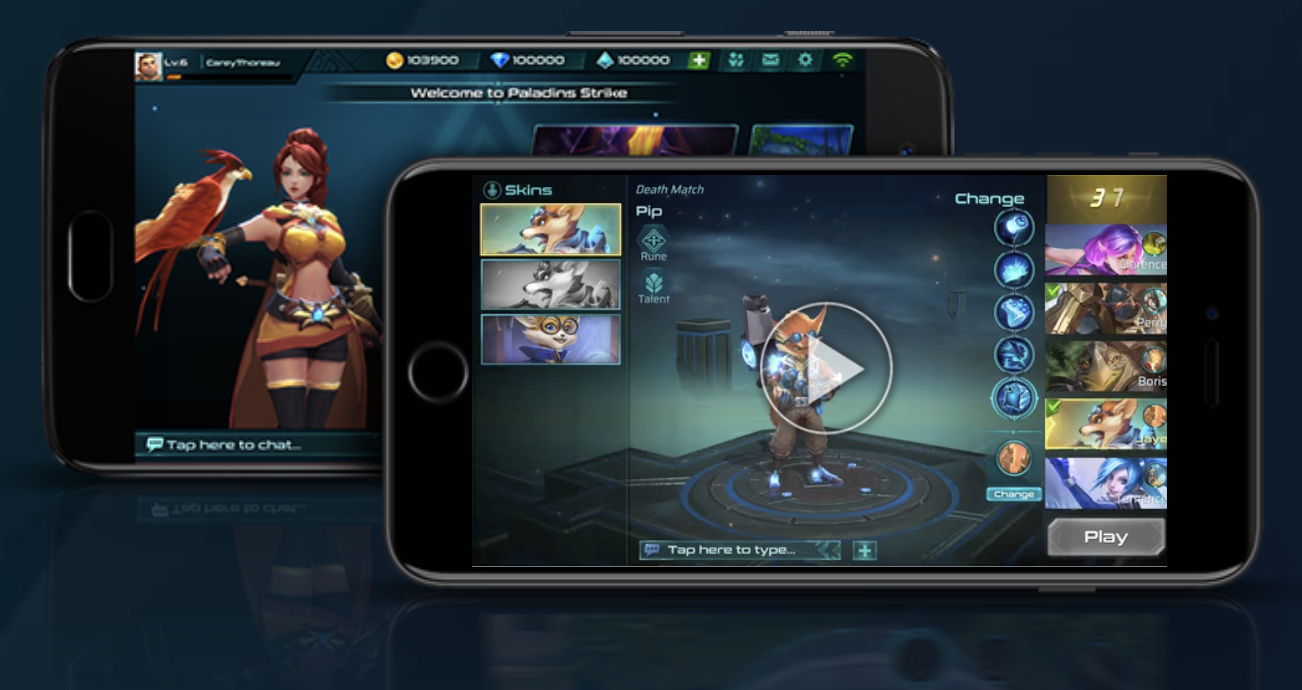 Paladins Strike is a game we’ve been covering for a while now, and most recently soft launched late last year. Not a ton of details were given during the HRX keynote other than encouraging people to sign up for their global public test, which seems worth doing if you’re into the whole MOBA shooter scene. Everyone who has fiddled with the soft launch seems to dig it, so, why not?

We’re at HRX for the rest of the week, and plan on spending a bunch of time with Bot Smashers, so stay tuned for more detailed impressions. To follow along with everything happening at the event, check out the Hi-Rez Twitch channel.