One of the biggest losses from the culling of 32-bit games from iOS 11, aka the 32-Bit Appocalypse, was being unable to continue playing the fantastic shooters released by CAVE. It wasn’t really surprising though. After releasing many titles in their library as higher-priced premium apps on mobile in the earlier days of the App Store, CAVE said in early 2012 that it wasn’t seeing the return that they’d hoped for from them and would instead be focusing more on social and free to play games. They continued releasing a few more games in the years since, much to the delight of its hardcore fanbase, but it seemed like its mobile glory days were already over some five years ago. If you find yourself pining for those glory days in these modern times, Tanoshimasu’s new shooter Aka to Blue ($7.99) is here to answer that call. 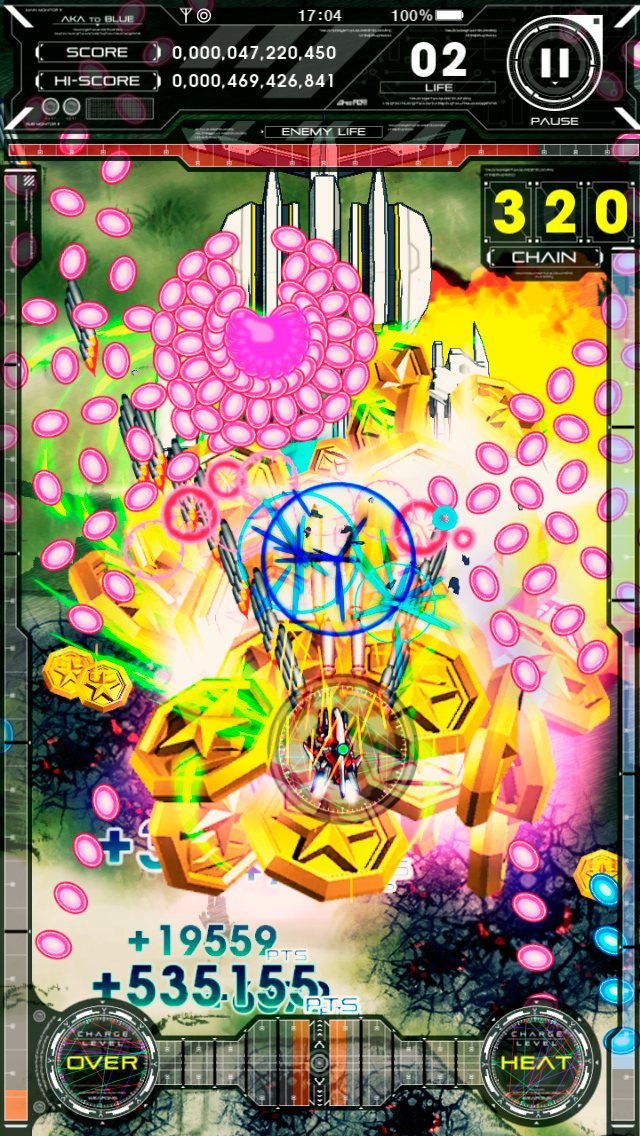 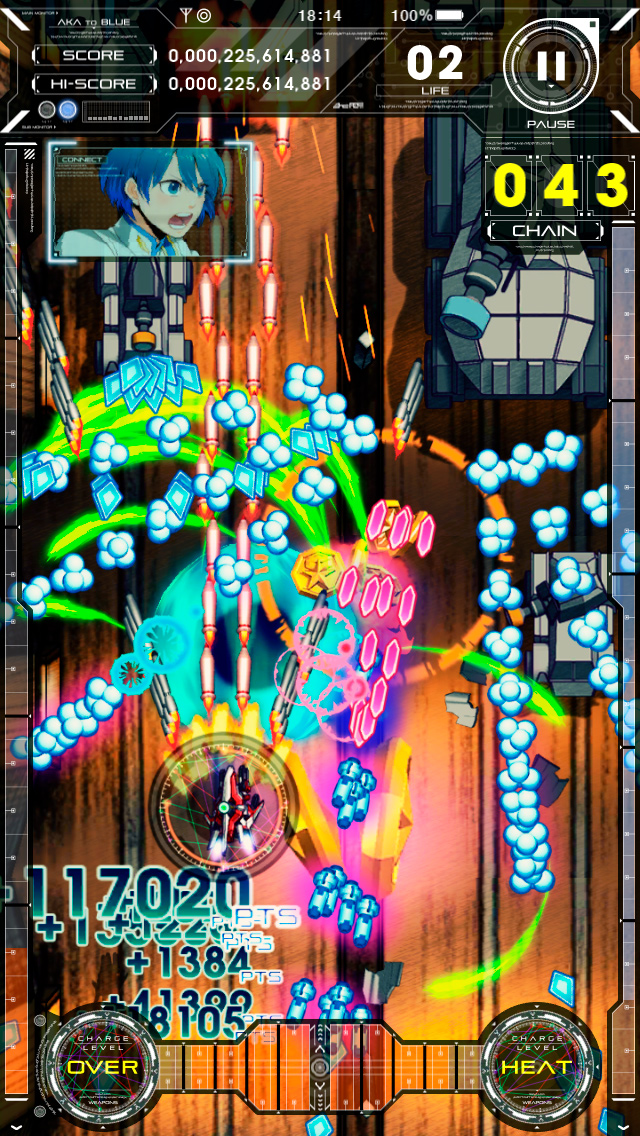 My inability to read Japanese coupled with my severe lack of CAVE knowledge compared to our own Japanese resident Shaun Musgrave means I don’t have the full details about developer Tanoshimasu (Shaun will be writing an Aka to Blue review that should answer those questions), but according to the posters in our forums the company is comprised of former members of CAVE and as best I can tell Aka to Blue has been in production for the past couple of years. It most definitely feels like a CAVE shooter. The main hook is blasting everything in site with one of two playable pilots, Aka or Blue. They both have slightly different abilities: Aka has more of a spread shot while Blue has a more straightforward shot.

The real fun comes from building up your Bomb gauge. You do this by destroying enemies or shooting down destructible black bullets, but you can also fill it by lobbing a bomb into a hail of bullets. Your Bomb gauge can be filled a maximum of 5 times, and the more it’s filled the larger your blast radius will be. So, building up a max Bomb gauge and then waiting to use it when there’s a screen full of bullets means your blast radius will wipe out those bullets, thus filling your Bomb gauge back up, plus it’ll earn you a crap ton of points in the process. This coupled with a Chain Bonus meter that rewards you for getting kills in succession are the keys to racking up the truly high scores.

So mechanically, Aka to Blue fires on all cylinders. But there’s one major change from those previous CAVE games you know and love: Aka to Blue does not use pixel art sprites. CAVE’s tremendous pixel art is one of the things I loved best about their games, but incredibly I might actually like Aka to Blue’s art style more. The environments are in 3D, but their textures are illustrated which gives everything sort of a comic book/anime look. It seems like your ship is also a 3D model, but most of the enemies are 2D illustrated sprites with multiple frames and shading to give them the appearance of 3D. Basically, it feels like you’re playing an ’80s Macross game, as one of our forum members put it, and it’s glorious. This style of graphics scales much better than pixel art does to today’s super high resolution mobile displays as well.

Aka to Blue features 5 different stages, which may not sound like a lot, but these types of games are meant to be played and beaten over and over and over again until mastered. The stages are a lot of fun and there are some epically large boss encounters to boot. Even though I suck horribly at Aka to Blue, I’m loving every minute of it, so if you’re a CAVE fan or a fan of bullet hell shooters in general you’d be wise to put this one on your radar.