Guns Royale: Blocky Battlegrounds doesn’t hide its PlayerUnknown’s Battlegrounds influences, and given how popular the latter is, I believe they are doing well not to be shy about it. The game has been in beta for a while now, with many of our forum readers joining in on the fun, and today the developers posted some screenshots of a new map added to the game. This new map, one of two that they are adding to the game, has a jungle theme, although whether that theme translates into any specific gameplay kinks or whether it’s just visually different remains to be seen. 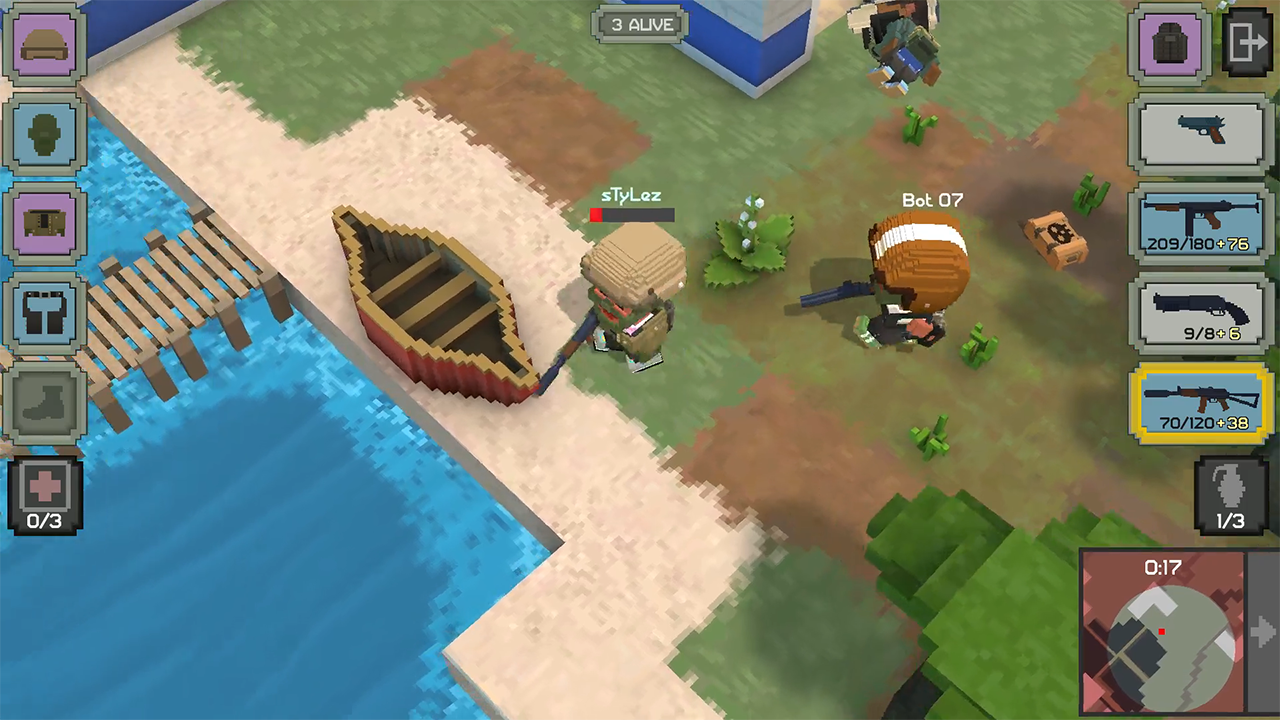 The developers have also recently shown off grenades, backpacks, and health packs, which work the way you would expect them to work. Overall, Guns Royale looks like it’s going to be fun to play as long as the developers nail the controls. While I do wish the camera was zoomed out more so I can assess my position better, having it zoomed in that close makes for more frantic gunplay, which is also fun. The game is getting close to release, although we have no date yet. In the meantime, head over to our forums to read more about the game.