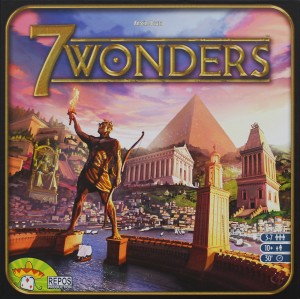 You get a Beta, and you get a Beta, and you get a Beta! Apparently, this summer is beta season and your chance to provide feedback to developers (or just play a game earlier than most). According to an announcement today, 7 Wonders is officially in open beta. 7 Wonders is a highly regarded card-drafting game by Antoine Bauza played using three decks of cards that feature commercial activity, ancient civilizations, and military conflicts. It has won dozens of gaming awards, including the 2011 Kennerspiel des Jahres award. The game is very highly rated over at Board Game Geek, and many have been anxiously waiting for the digital version to come out. While news about the game’s development has been on the dry side recently (other than a gameplay video), the announcement that the game has gone into open beta means that, hopefully, the release isn’t too far off. So, if you want to get a taste of the game and provide feedback to the developers, go here to sign up.

In other beta news, although these ones more uncertain, Slitherine’s Iain McNeil wrote in the company’s forums that Slitherine hopes to has a beta for Gettysburg: The Tide Turns in 1-2 weeks provided nothing goes wrong. Slitherine’s betas are usually open to everyone, so hopefully this one will be too. Now, normally I wouldn’t bother with such a relatively vague announcement, but if you’ve been following the drama that was Shenandoah Studio’s acquisition by Slitherine, you’ll know that one of the best iOS wargaming developers went from producing some of the finest wargames to complete and utter silence for months, interrupted only briefly a few months ago. Hopefully, the news for the beta will pan out, and we’ll keep you informed once we have more information.