No, it’s not April Fool’s Day, and no, your eyes aren’t fooling you either; the 6-year saga that was the development of Gilded Skull Games’ Galactic Keep (formerly known as Galactic Keep: Dice Battles) seems to be, finally, coming to a happy conclusion. I’ve been playing the game throughout the weekend, and I’m very glad to say that it plays like a charm and feels almost like it could be released tomorrow.

Before talking about my time with the game, I need to give some background information to educate the young and refresh the memory of the rest regarding the multi-year epic journey the game’s undergone since it first caught our eye back in 2009 (a lifetime ago in mobile gaming years). The game was introduced back then as a sci-fi tabletop-styled RPG, a mobile game that was seeking to evoke the sense of having a DM first create a sci-fi story and then guide you through various “dungeons" filled with enemies and loot. The members of our forums were enamored with the game’s classic sci-fi art style and its gameplay mechanics that evoked the right amount of nostalgia without feeling old and worn. Then, at PAX East in 2010, we got another taste of Galactic Keep, which again got us quite excited and anxious to get our hands on the final product. 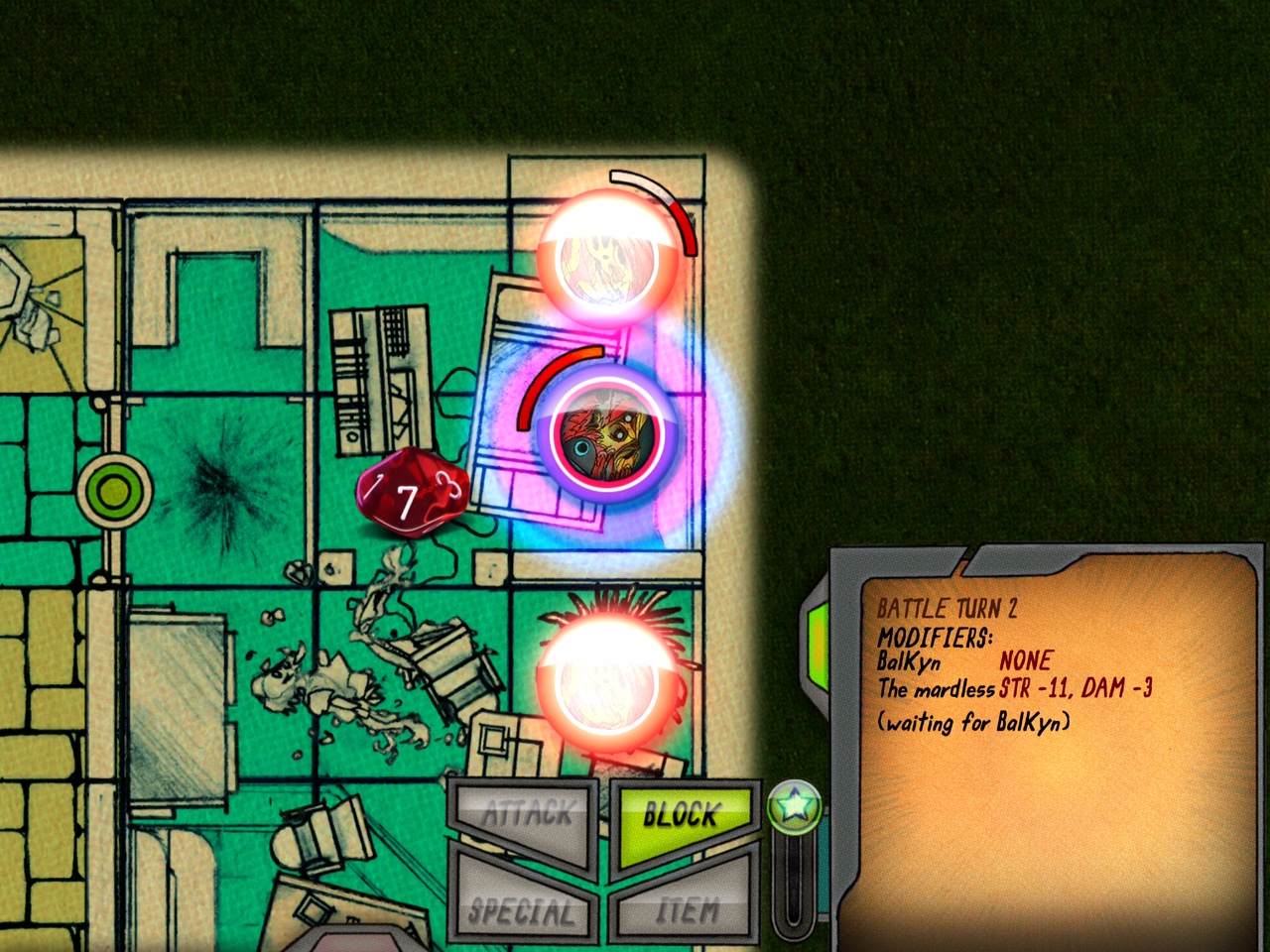 And then the troubles began, troubles that have kept the game away from the App Store ever since. As we reported in 2012, the developers realized that the game had become badly outdated (it wasn’t retina-ready and was iPhone only) and took the very brave decision of starting the whole project from scratch. While this decision demonstrated that Galactic Keep was indeed a labor of love, it also meant that the game would need at least a couple of years to get back into proper shape. Fast-forward to 2014 and to even more troubles. While the game was being steadily rebuild, the developers realized they had to, again, re-work many aspects of the its code to allow for in-battle and cloud saving, a move which, of course, broke everything. However, finally, the game is close to being done, so maybe, and hopefully, there won’t be any further, unforeseen issues popping up.

Now that you know why many iOS gamers consider Galactic Keep one of mobile gaming’s white whales – often to be witnessed, never to be caught – let’s talk about how it actually feels to play the game; I’m glad to say that Galactic Keep plays just as I thought it would when I first read about it so many years ago. You pick an adventure module (only one is playable at the moment, but the developers have stated that more will be coming in the future), you pick a character out of seven playable ones (all with different attributes and race-specific special weapons/items), you roll to customize your character, and then you’re off to explore, fight, loot, and die. I won’t say anything about the story as I really enjoyed experiencing it without knowing what to expect. What I will say, though, is that it looks very intriguing and seems to be avoiding most of the cliches that have been encumbering many recent sci-fi movies and games. 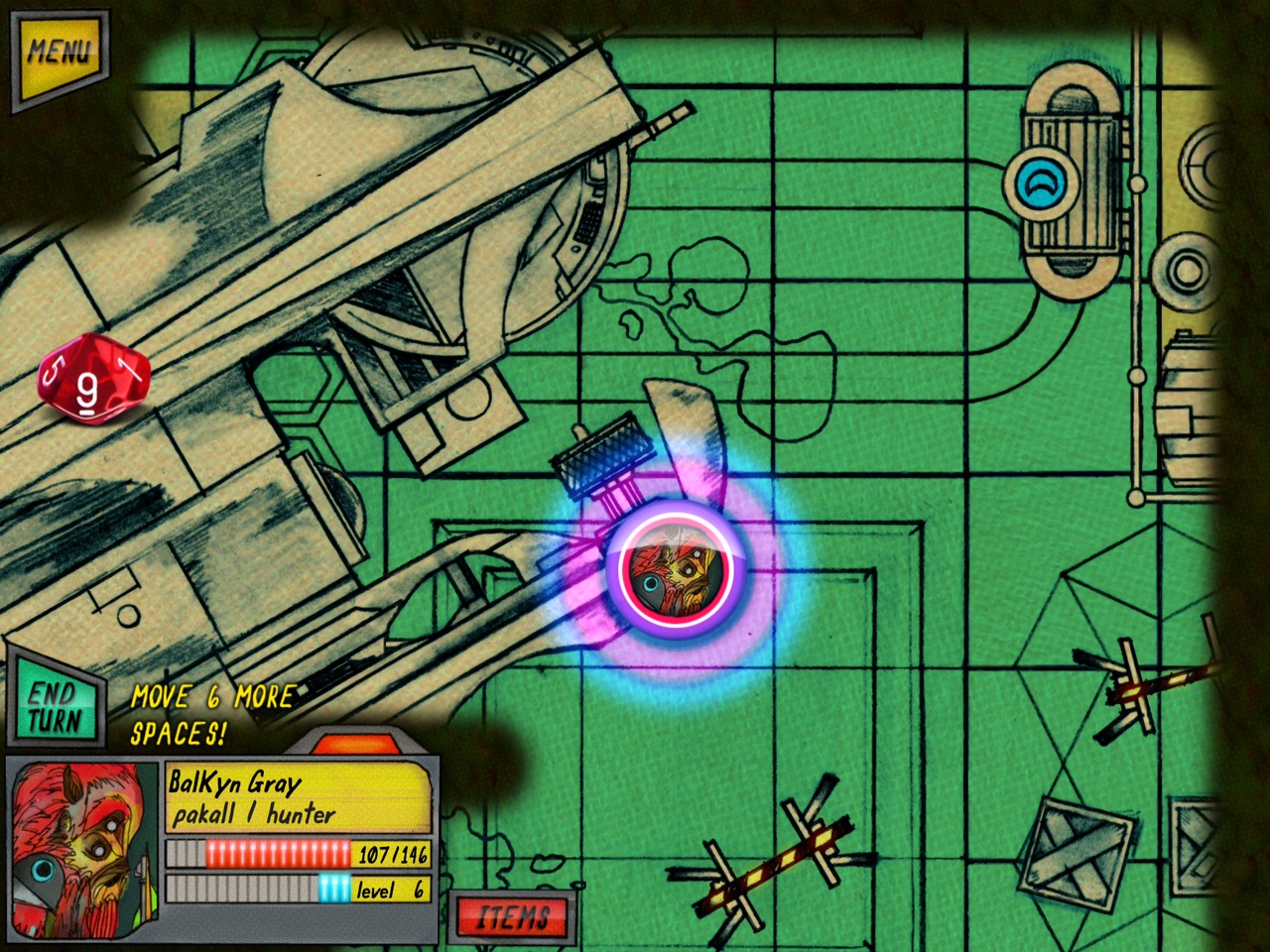 The gameplay is, as to be expected, dice-based, and exploring the fantastically-drawn maps brings back so many fun memories. There’s quite a variety of enemies, whose relatively-complex AI – based on sight, roam, and chase distance – makes them quite fun to fight. From what I’ve experienced so far, there’s enough there to keep each encounter feeling different and fresh. The writing is excellent, with great enemy descriptions that are up there with the best “DM" descriptions I’ve ever heard/read, and the variety and randomness I experienced during my multiple playthroughs left promises of high replaybility. The art and UI perfectly complement the tabletop-style of the game, with the paper-emulating art assets successfully providing an illusion of tactility. Swiping through weapon, character, and item cards in Galactic Keep is, funnily enough, very gratifying. 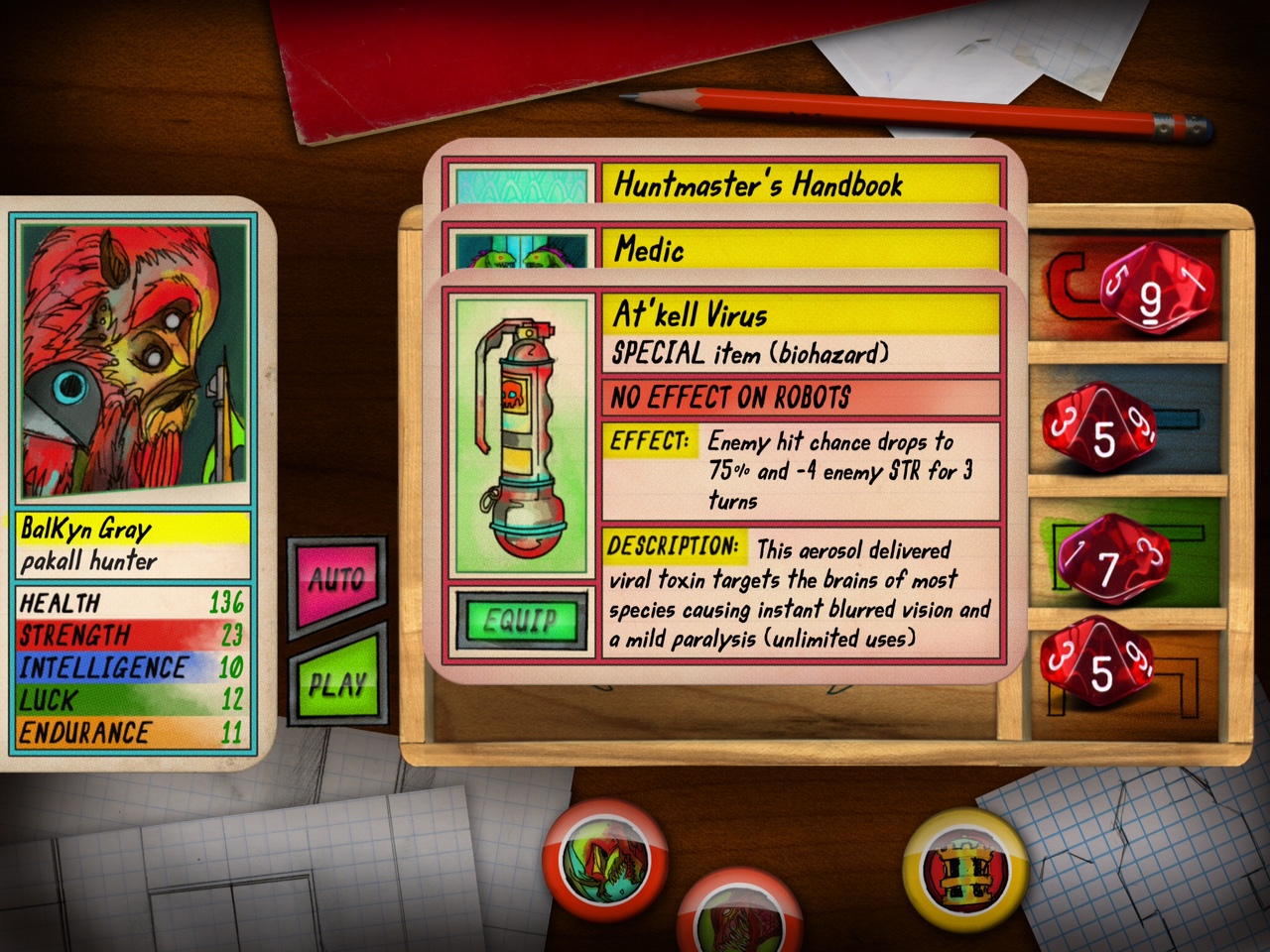 To be honest, many developers would consider the game in its current state ready for release, but, fortunately for those who want bug-free games, the team at Gilded Skull Games is striving to, as one of the the developers put it, get the game from 99% to 100% by fixing all known issues and bugs before finally releasing the game into the world. In my time with the game I encountered no issues at all, which is very promising. Despite our anxiousness to get our hands on the game, I believe we can all be a bit more patient after waiting for almost 6 years for the game to be this close to release. Keep an eye on your futuristic communication devices (your phones and tablets) for more information on an actual release date. In my opinion, though, this would be a good time to rekindle the excitement you felt when you first read about the game back in 2009.