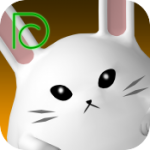 Let me get this out of the way. The unfortunately named Chubbins ($2.99), from Dahku Creations, isn’t pretty. With a paint job this bad, what’s under the hood better be good. And it is.

Chubbins is a platform game. It’s twitchy and difficult. You control a little rabbit thing (I guess it’s a Chubbin?) that constantly bounces. Think Bean’s Quest ($2.99), but faster. You can move left or right using both sides of the screen. How high you bounce depends entirely on tiles beneath your chubbin (or Chubbin. Is Chubbin a name or a species?). If, on the tile, there’s several arrows pointing rapidly up, you’ll bounce higher and faster. If they point down, you’ll be pushed in the opposite direction.

Controls are tight. Very tight. The mechanics are spot-on. And with simple left/right controls, it’s incredibly easy to maneuver. Which is a good thing, because if the controls weren’t flawless, I’d have rage-deleted this game a thousand times over. It’s Mario for masochists. 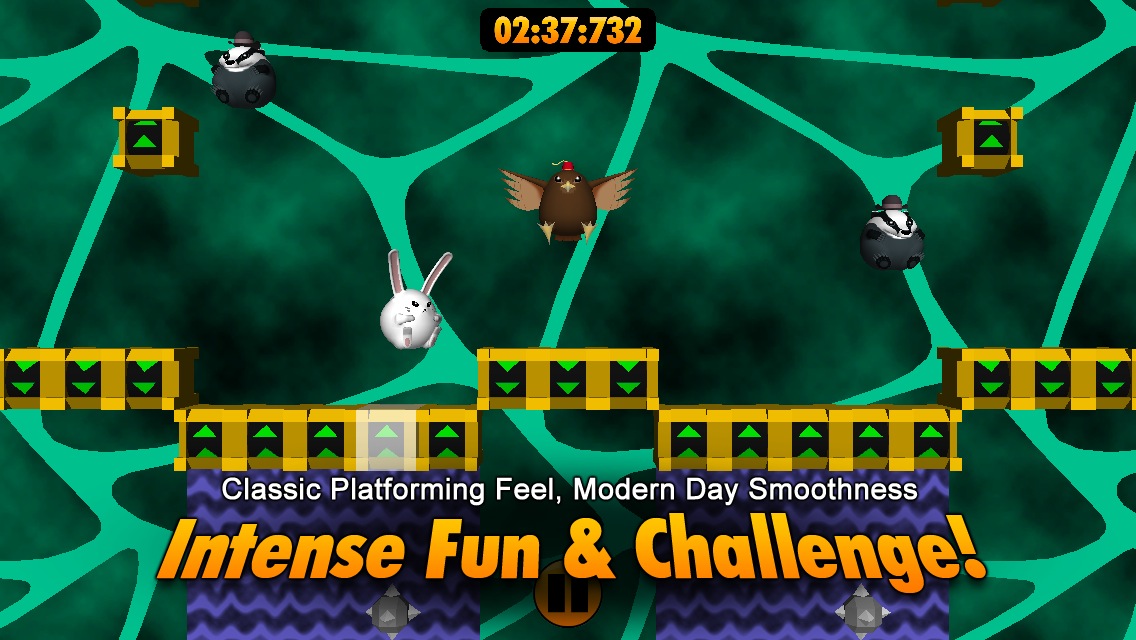 And you do have to be a masochist to fully embrace Chubbins. There are five worlds, eight stages to a world, each stage with a cute little title card (I hope you’re not tired of Firefly references!). Every stage has to be beaten sequentially. Levels get progressively harder. It’s not uncommon to spend five minutes tackling the opening obstacle and finish, triumphant in victory, only to realize that was the first of many in one stage. Screw up on the next one? Tough. Go back and do it all again. Winning can require perfect reflexes, memorization of stages, and laser concentration.

There’s no difficulty setting, items to collect, or scores to earn. There’s two outcomes: “finish" and “do it again, loser." I’m not directly quoting the game, mind you – that’s just what Chubbins yelled at me in a fever dream around the 79th go at World Four. Nothing breaks up the worlds. If you don’t finish, there’s an autosave system that will take you back to the stage you left off at. There’s also no stage select, so if you want to try to beat the fifth stage of World Two for a better time, you’ve got to go through stages one through four.  It’s a bit infuriating.

It’s clear the makers of Chubbins want this to be a game you’ll replay, going for speed runs and climbing the leaderboards. Finished World Three in 24 minutes? Try 22 minutes! They didn’t take into account that some may take two, three hours. After such a trying ordeal, it’s not about finishing first, but just finishing. This game is just heaping the punishment on the unsuspecting public. These decisions are easy to admire, but make the game hard to love.

Of the five worlds, I haven’t beaten fully complete World Four and haven’t unlocked World Five. Normally I’d feel guilty reviewing a game I haven’t beaten, but at the current time, I am literally the only person on Game Center to have made it to World Four. When another human is capable of finishing this game, then talk to me.

Though it’s a frustrating experience, Chubbins still gets the mechanics and level design right. It’s the opposite of a well-rounded experience. If that’s more what you’re looking for, try Mikey Shorts ($1.99) or Pix’n Love Rush ($2.99). Chubbins is for the sickos out there reading this, just waiting to beat the game and make me look like a chump. Have fun. I’ll be lying in the fetal position, drenched in failure, playing Mario 1-1 over and over and over again.