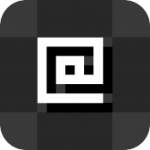 Ending hits all the right notes. Half of it’s a puzzle game, half of it’s a roguelike, and either would be fantastic alone. Or, at least, that’s mostly true: without the puzzle levels the roguelike may leave you lost, alone and scared. Depends on whether you’re into that sort of thing, I suppose.

Developer Aaron Steed describes Ending ($1.99) as a game for people who like board games, chess, and roguelikes. I’m down for two out of those three, and it turns out the reference to chess is not as direct an analogy as it could be. You are not dealing with knights and pawns and bishops, but rather like chess, pieces have set patterns of movements, and much of your job is to react to those patterns. You, your little @, can travel one space up, down, left or right. Other than that it’s put to you to figure things out as you go.

Ending’s puzzle mode does a fabulous job of helping that process along, introducing new pieces one at a time in puzzles of ever-increasing challenge. You begin each of the game’s levels with 48 moves: get to the exit before those run out and you can move right along. 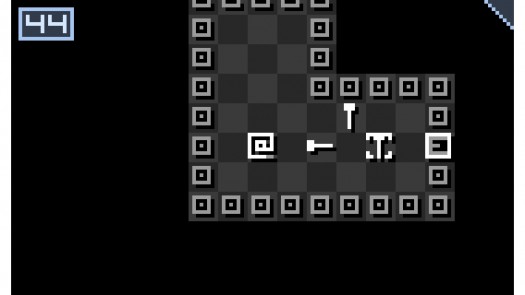 As you work through the levels you’re faced with new pieces that have new talents for destruction. Many—perhaps most—will smash you if they manage to get up next to you. They might need to face you first, giving you the chance to smash them. They might only do it if you make the first move. They might do significantly more complicated variations on smashing. Knowing just how the smashing will happen is the key to survival—that’s what I’m getting at here.

You needn’t wait to get through all the puzzle levels before you take on the roguelike, though it certainly helps. Not knowing what one of the little symbols will do when you encounter it is certain death in a mode already prone to killing players. But maybe you’re confident. Maybe you’ve hopped into some of Ending’s higher level puzzles, found your way through and feel ready. Fair enough.

Ending’s roguelike mode is vicious good fun. You begin in a room full of procedurally generated enemies and walls. One of the exits is flashing and numbered, the others are not. If you make it through the flashing exit, you’ll find a new room with a flashing exit and the next number down. Ideally, I suppose you’ll want to make it to the very last number. You’ll probably die before then, though.

This is because the roguelike mode constantly tests how many moving pieces you can track at the same time. If the answer is “not enough," you’ll find yourself moving into positions you think are safe only to discover you’ve trapped yourself a few short moves later. Even carefully planned moves can be hazardous if you’re not thinking several steps ahead. The enemy pieces may not set out to trap you, but they’re excellent at it nonetheless. It’s really up to you not to get yourself killed, smashing anything on the way is just a nice bonus.

This is also when the turn limit really comes into play. At times you’ll wander far off the path. You’ll find yourself traveling desperately through the wrong places while you try to shake relentless pursuers. 48 moves is not so many, then. You can regain them by smashing other pieces, but that carries its own risk.

If Ending’s asking price seems too steep (and it’s not), you can play for free on desktop. It’s beautifully suited to mobile, however, with customizable controls (swipe or tap) and perfectly bite-sized play sessions. Before you know it, you’ll be crushed to death against a wall, smashed between two aggressors or otherwise destroyed. Ending is a dark game, full of death, but those deaths are always fair, they’re always earned. It’s an immensely pleasant way to go.