Development on Team Meat‘s Mew-Genics is in full swing, so much so that the iOS version of Super Meat Boy was put on indefinite hold to send more manpower toward Team Meat’s procedural “cat-lady simulator."  Would-be cat herders can look forward to breeding, training, and cryogenically freezing their feline friends later this year on the iPad, but iPhone users may need to brace themselves for disappointment.

“We’re not sure about iPhone yet," Team Meat co-founder and programmer Tommy Refenes told Eurogamer in a recent interview. “It’s one of those things where I’m sure it’ll run, I’m sure it’ll be playable. But how playable?" That’s not an outright cancellation, of course, but the small screen size is enough to give Team Meat pause, apparently. “If it’s going to be really cramped and you can’t grab your cats and move them around and it’s clumsy, it doesn’t seem worth it to put it on there," Refenes elaborates.

Team Meat’s long and complicated relationship with iOS and the App Store is well-documented: from  Refenes’ initial disdain for the platform’s abundance of shovelware, to lead designer Edmund McMillen’s distaste for timer- or energy-based freemium games. 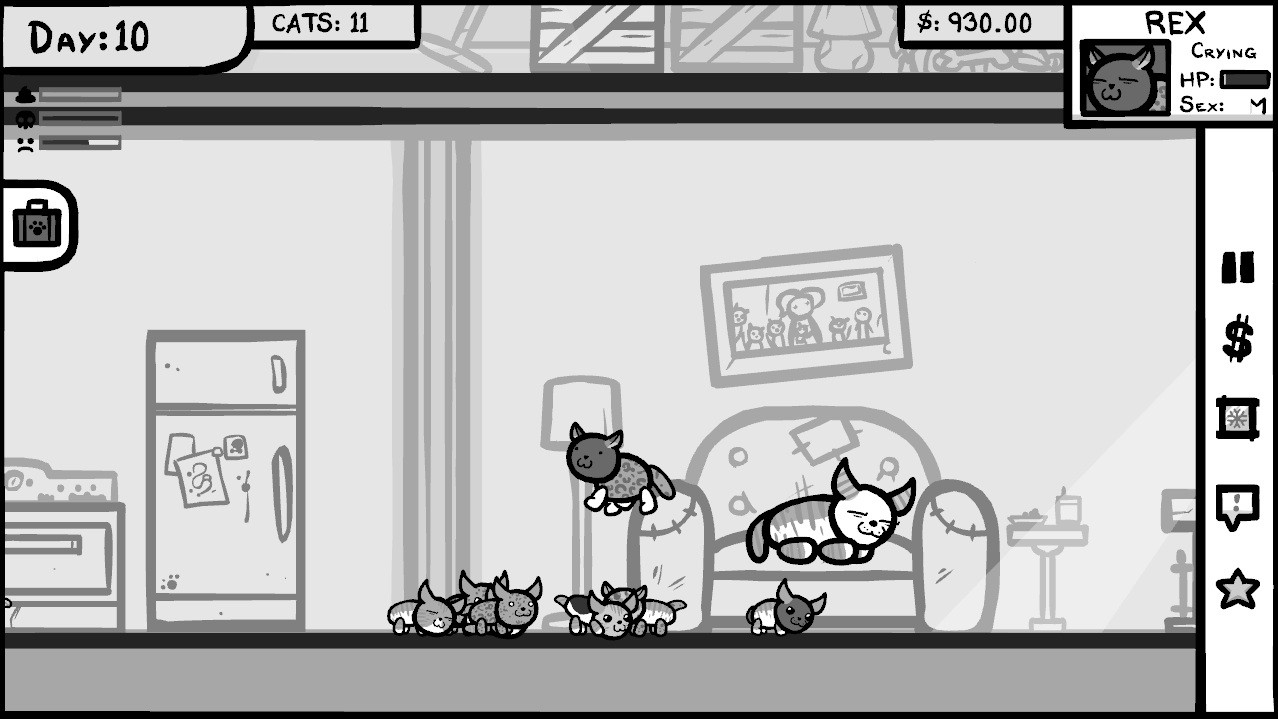 The duo’s somewhat reluctant move toward iOS development is a result of a very public falling out with Microsoft’s Xbox Live Arcade and the explosive growth of the App Store. “An iPad comes out and does a year’s worth of console sales in a weekend," Refenes explains. “The people in the market to play games are more apt to grab an iPad or a tablet or a fancy phone because it’s more convenient."

McMillen concurs, noting that “I’d say a majority of people who have iPhones have them because they play games on them. That’s a very hard reality."

Refenes and McMillen may have softened on the App Store, but they still seem committed to avoiding the monetization schemes they’ve spoken out against in the past. “We’re going to handle [Mew-Genics] in the most respectful way possible when it comes to the user and not make garbage games that abuse people and take their money," says McMillen, echoing Refenes’ own views: “We’re making a game for a platform. We’re not making a manipulative way to guilt people out of money."

For more details on Mew-Genics and Team Meat’s thoughts on the future of console and mobile game development, be sure to check out Eurogamer’s expansive and thorough interview. Release date and pricing information for Mew-Genics hasn’t been announced, but the game should be available on iOS, Steam, and Android later this year.