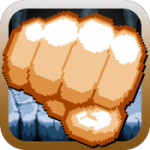 Rocketcat and Madgarden have just pushed out a new update for their excellent endless puncher Punch Quest (Free) adding a few significant new features and tweaks. If you aren’t well-versed in the ways of Punch Quest then give our original review a look to get the lowdown. Basically, it’s a side-scrolling auto-runner mixed with a brawler that sees you punching anything and everything that comes your way. It’s also delightfully over-the-top in terms of visuals and the sheer lunacy of some of the power-ups and abilities in the game.

That lunacy gets ratcheted up a notch with today’s update. The biggest new feature is a new egg in addition to the one that lets you ride around on a velociraptor that shoots lasers out of its mouth. This new egg is equally absurd, and hatches to reveal a goat with a unicorn horn that has an attack that is suspiciously similar to the rainbow dash from Robot Unicorn Attack ($0.99). I would expect nothing less awesome than that. Behold, the Goaticorn: 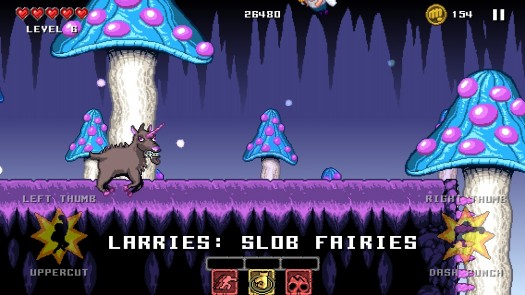 Aside from the Goaticorn, there’s also a new Power I Skill called the Shadow Step which will allow you to briefly teleport past dangers that will cause damage. Some Ultrahats and the sweet Spartan Mode that was added in the last major update have been reduced in price, and you can also now earn coins for sharing your endeavors over Facebook or Twitter. Punch Quest briefly flirted with becoming a paid app back in November, but it’s been free again for the last month or so, so if you have yet to give it a look now would be an excellent time to check it out.