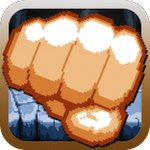 When developers Madgarden and Rocketcat Games teamed up to create an iOS game, it seemed like a match made in heaven. Mashing together their collective skills in pixel art, humor, game design, and randomly generated levels resulted in Punch Quest (Free), one of the silliest and most satisfying action games to grace our touch screens.

It was also probably the most generous free-to-play title we’ve ever seen, offering a tremendous amount of fun to players and never rattling the change jar in your face in an obnoxious manner. We even noted in our review that we felt somewhat guilty getting so much for free, and were worried the developers might not see very much profit at all since the game’s freemium structure was so hands-off. I mean, it was difficult to even find where the button was that let you buy in-game coins through IAP, which didn’t bode well for Punch Quest. 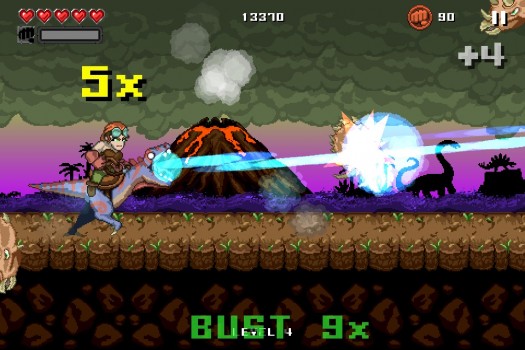 Unfortunately, our fears were confirmed when in an interview with The Verge last month Kepa Auwae of Rocketcat Games dished about how the game had barely even passed the five figure mark in revenue, despite having more than 600,000 downloads. The developers were obviously thrilled to have a game that so many people were enjoying and playing, but you gotta keep the lights on somehow too, and Punch Quest just wasn’t doing that for them.

In an update earlier this month, they tried to rectify the problem by tweaking the cost of in-game items and offering additional, more visible in-app purchase items. It worked briefly, but quickly tapered off. Kepa tells us, “The update improved things for like a few days, and then it sank, hard." Really, there was only one thing left to do, aside from increasing the in-game prices and curtailing the amount of coins your earn while playing to make it more of a grind: make it a paid game. “It’s 99 cents or increase the price of everything by 8x or more, really.", Kepa states.

And that’s where we’re at, folks. As of now, if you’re interested in downloading Punch Quest, it’s going to cost you all of 99¢ to do so going forward. Kepa explained to us the reasons that led to this decision, “We did that last Punch Quest update that fixed a lot of the problems people pointed out when they gave for Punch Quest. More high end purchases, a coin doubler, a non-coins IAP option, a clearer buy button – didn’t work. That leaves one simple thing: The game is way too generous to be a single currency free game."

In the end, I don’t blame Madgarden or Rocketcat for their decision, and it seems almost silly to be apologetic about asking people to pay a dollar for a clearly fantastic game. This is the world of iOS gaming that we live in, though, and while free-to-play seems like the business model of the present and future for mobile gaming it’s still a tough nut to crack. Making a great game and giving as much of it as possible to people for free still doesn’t guarantee success, though Rocketcat isn’t giving up on the idea of free-to-play just yet. Their upcoming Mage Gauntlet (Free) spinoff Mage Dungeon will be free-to-play, and I imagine they’ll be using their Punch Quest experience to try and do things differently this time around. It’ll be interesting to see how it turns out, and how Punch Quest going paid is received by gamers.

The alternative if things don’t go better with Mage Dungeon, as Kepa stated in his interview at The Verge, is “…leaving mobile game development completely."

That is an alternative I hope I never have to see.