After releasing the quirky and awesome (and difficult) Cubed Rally Racer (Free) back in mid-2010, developer Jared Bailey took a hiatus from making iOS games for a couple of years, only to make a triumphant return with the super chill endless surfing game Infinite Surf (Free) last month. After jumping back into the waters of development, he’s now set his focus on a follow-up to Cubed Rally Racer and has shared the first details and screens. 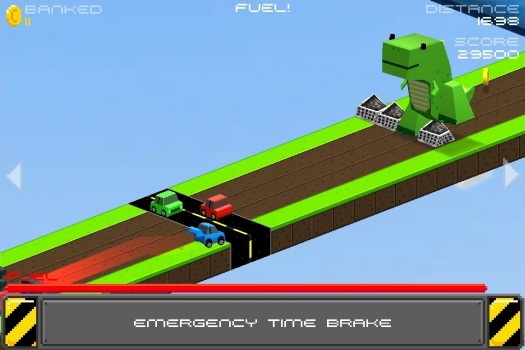 The new game is called Cubed Rally Redline, and on the surface it looks very similar to the original. You’ll still be racing your pixel-y little rally car around a pixel-y little racetrack from an isometric perspective, avoiding objects like cows and trees that aim to stop your progress. However, there are some pretty fundamental gameplay changes in Redline.

The racing in Cubed Rally Redline is lane-based, similar to Excitebike, and your vehicle’s forward movement is both automatic and gets increasingly faster as you go. Think of it as a lane-switching endless runner set in the Cubed Rally world, if you will. Controls are simply tapping either side of the screen to change lanes in that direction, and an “Emergency Time Brake" button that’ll slow things down for a moment to help you negotiate especially hectic parts.

According to comments from Bailey in our forums, this major design change has actually allowed for much more variation in track design and the ability to implement some ideas for things he’s always wanted to but that wouldn’t have worked well with the controls of the original game. There will be more of a focus on fast-pace and arcade-style action this time around. 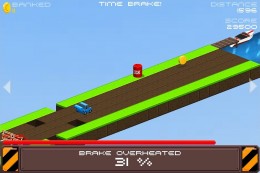 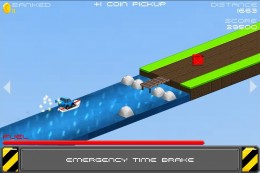 Cubed Rally Redline will also include multiple vehicles to choose from and use, and as you can see in the two screens above there’s even a bit of Spy Hunter-inspired vehicle switching as your rally car hops onto a speedboat to grab a ride across some water. You can also expect multiple environments beyond the cheery daytime one seen in these screens, as well as randomly generated tracks. It will be a Universal release with support for all current resolutions and screen sizes on iOS, and the inclusion of iCloud syncing sounds like it’s going to be in the cards too. Oh, and once again the soundtrack will include music from the awesome 8 Bit Weapon.

Cubed Rally Redline is in the beta testing phase and shouldn’t be too far off, so be sure to follow along with the progress in our forums and check out the gallery of screens below, and we’ll have more on the game in the very near future. 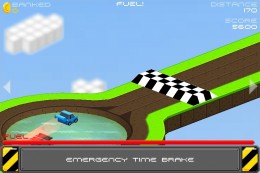 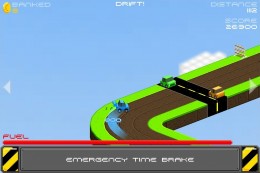 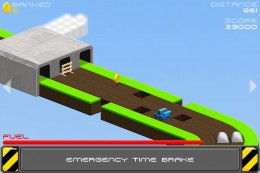 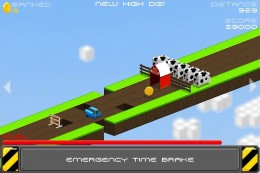 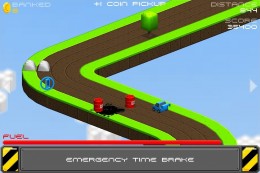 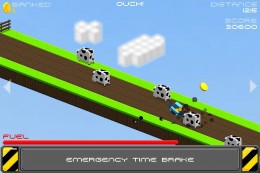