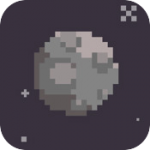 Bit Pilot [$.99] chose a bad time to be released on the App Store. The retro-influenced dodging game hit a week after One Man Left’s Tilt to Live [$2.99 / Lite / HD] graced the platform, drowning out the much of acclaim it would have garnered otherwise. Perhaps the update that just hit this morning will give Bit Pilot some fresh legs and some new eyes, as it adds a lot of new components to the core game, as well as some fresh tweaks.

Bit Pilot 2.0 adds a total of three new tracks as well as two new modes: Tunnels and Super Massive Mode, respectively. The latter has you gathering power-ups and getting larger in the process, while the former has you dodging massive, creeping space rocks.

If you’re more interesting in tackling a game like Bit Pilot with a mouse, or hey, even a Magic Track Pad, game creator Zach Gage will have your back. The game will soon launch on the Mac App Store alongside a demo version that gives you pretty much the full release. We’ll grab those links respectively when the application goes live. It’s expected to later today.