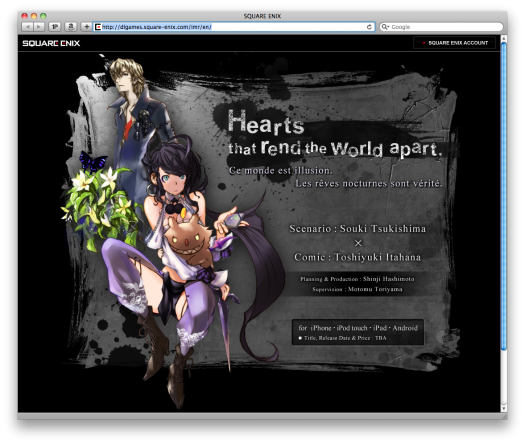 What you’re looking at is all we know about the game, we don’t even know the title. I figured that potentially looking up Shinji Hashimoto or Motomu Toriyama might at least yield some clues as to what type of game this might be judging by their past work history. Unfortunately, they’ve both worked on a wide array of Square Enix titles, so even that isn’t much help.

In other news, still no word on either Chrono Trigger or Final Fantasy Tactics!