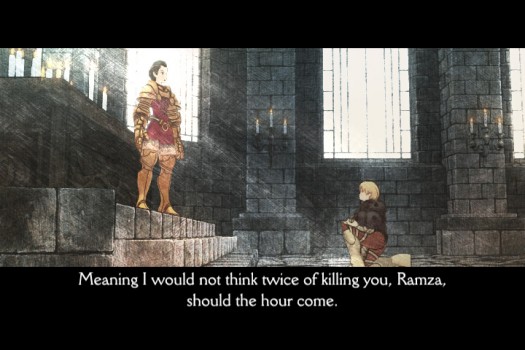 Square Enix has releveaed that they will be bringing Final Fantasy Tactics: The War of Lions to the iPhone and iPod Touch. The official release date is scheduled for September 15, 2010.

Peer through the eyes of young heroes Ramza and Delita, and uncover the secrets that lie hidden within history’s darkened folds.

An E3 trailer has been released for the game:

News continues to trickle out from E3. We’ll have more details as we get them.