In early March, Galoobeth Games first announced Aralon: Sword and Shadow on our forums. It wasn’t until two months later that it popped up on our radar when Crescent Moon Games mentioned they were taking the game under their wing to undergo what they described as an “extreme RPG makeover." Since then, there have been some amazing before and after screenshots released, but it wasn’t until we saw the new trailer and the original trailer back to back that our jaws really hit the floor. But after nearly 10 months of pre-release excitement, the real question is, does Aralon live up to the hype? 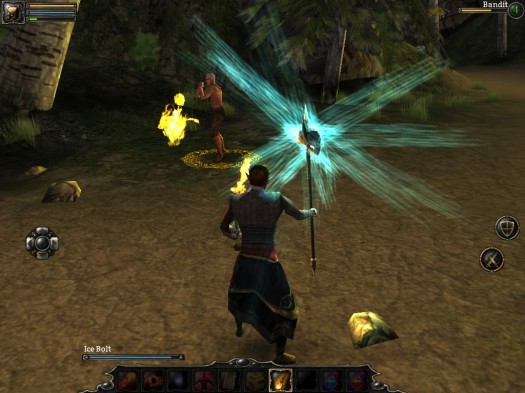 After sinking a stupid amount of time into the game over the last four days, without a doubt, yes, it does. In the world of the App Store, where many games can be described as “casual time wasters", it is beyond refreshing to play a game that has depth on top of depth, a game world that’s easily describable as “epic," all with the potential for tons of replay value. Aralon grabs you with a mysterious story beginning with prophecies of shadow and evil, then ropes your character in with the death of Sir Roderick, who expires holding a cryptic letter from your late father. 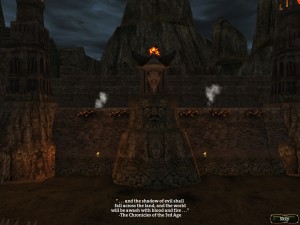 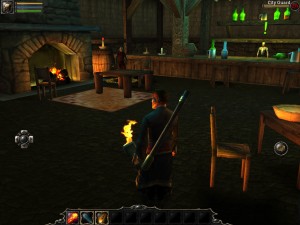 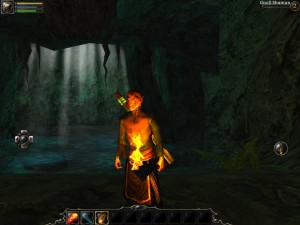 The game begins with the selection of three difficulty levels ranging from casual to hard. Casual mode reduces all monster health and allows you to level much faster, while hard mode increases all enemy health and slows leveling. Normal is right in the middle. From there, you select one of three races: Human, elf, or troll. The race you choose doesn’t seem to make any difference aside from class restrictions and starting stats (as well as the obvious cosmetic differences). Multiple hair, hair color, and face options are included, providing an impressive amount of customization right out of the gate.

So far I haven’t focused on powering through the game as much as I have on dabbling in each of the classes: warrior, rogue, ranger, and mage. I’ve found myself very impressed that not only does each of the four classes play substantially differently, but each class can also be used strategically depending on how you spend your skill points as you level up. Skill points work a lot like a simplified version of World of Warcraft (and similar) skill trees, allowing you to specialize in and beef up various abilities. 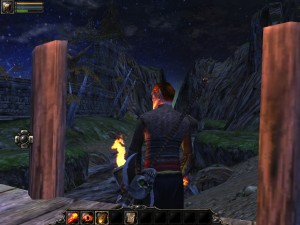 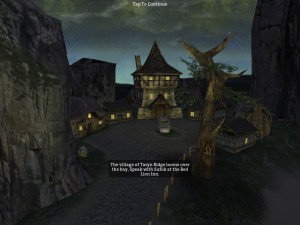 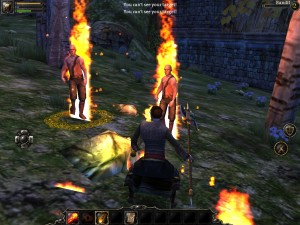 For instance, playing as a warrior, you can invest skill points into specializing in using a shield. From there, you gain abilities that allow you to stun enemies by slamming your shield into them. Using a shield, you’ll do less damage, but you’ll also take substantially less damage by blocking. Alternatively, you can decide to invest points into dual wielding. After that, you can boost your parry rate, and then gain access to stun abilities following a successful parry. Further down the tree yet, there are skills that do bonus damage to stunned enemies, and it’s up to you whether you’re doing that stunning by whirling two weapons around, or bashing with your shield. Similarly, as a mage you can decide to dump points into powering up your fire elemental which transforms the mage into more of a pet class, or you can say nuts to it and spend points on boosting your sheer damage output instead.

Aralon controls well with multiple camera options including first person, third person, and a third person view with the camera locked behind your character. A bar along the bottom of the screen can be loaded with icons like many RPGs, and casting spells or using abilities is as simple as tapping on them. Aralon boasts an extensive menu system to handle its various functions from a huge inventory, to a map, quest log, the previously mentioned skill trees, and more. Playing through the game involves completing what seems to be tons of quests. Like many similar games, it seems like everyone in the world wants something from you or to do something for them, and there is never a shortage of things to do in game. 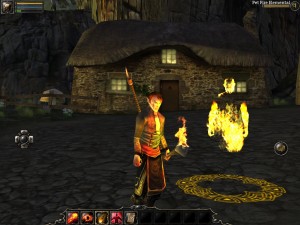 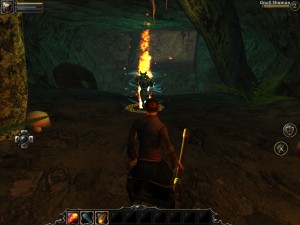 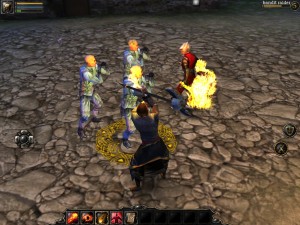 The game world is expansive; it’s filled with boats crossing oceans, bridges crossing rivers, caves of all kinds filled with all forms of evil and so much more. Crescent Moon Games did a great job reworking the graphics, and it’s very easy to just disregard your packed quest log and go exploring to just see what there is to see. There’s even a day and night cycle complete with beautiful sunsets that then reveal a sky filled with stars, weather effects, and more.

I’m really not sure how we’re even going to begin to truly “review" Aralon: Sword and Shadow. I’ve spent the better part of four days with Aralon, and I’ve barely felt like I’ve scratched the surface of what the game has to offer. Aralon is going to rewrite expectations of RPGs on the App Store, and it’s just incredible to think that I’m playing a game like this on my phone. It gets better yet, the initial release of Aralon HD is going to be completely universal, and I’ve been enjoying the game equally on both my iPhone and iPad. All of the screenshots in this post were taken on the iPad, but it looks just as good (if not better) on the Retina Display of the iPhone 4. 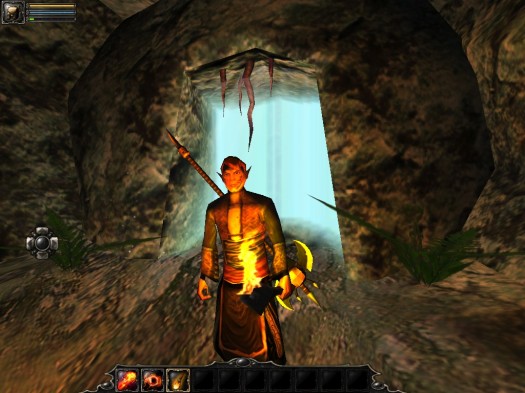 Aralon: Sword & Shadow is scheduled for release on December 16th for $6.99.