Ngmoco has just released Touch Pets Dogs 2 [Free], the follow up to last year’s popular virtual puppy game. The original Touch Pets Dogs [Free] was generally well received by gamers barring one major issue – the constant need to feed your puppy. A bowl of food was required in order to get a small amount of playtime from your doggy, and if he or she went unfed then you were unable to do anything with them except stare at them sleeping. Of course, food bowls were available as IAP for those willing to pay to play with their virtual puppy, but the value of purchased food was pretty thin. There’s no sense in playing a virtual pet game, even an attractive and entertaining one like Touch Pets Dogs, if said virtual pet is a borderline narcoleptic.

Luckily Ngmoco realized this, and Touch Pets Dogs 2 doesn’t implement any cruel restrictions that prevent you from playing with your pet, rather it more closely resembles their recently released feline-themed virtual pet game Touch Pets Cats [Free]. And when I say resemble, I mean that it’s practically identical. Touch Pets Dogs 2 gives you the ability to personalize your living space with a plethora of different kinds of furniture and items. These can then be “searched” by your pet which will net you some coins that can then be used to purchase more items. Coins can also be earned by taking care of your puppy and completing other types of goals in the game. 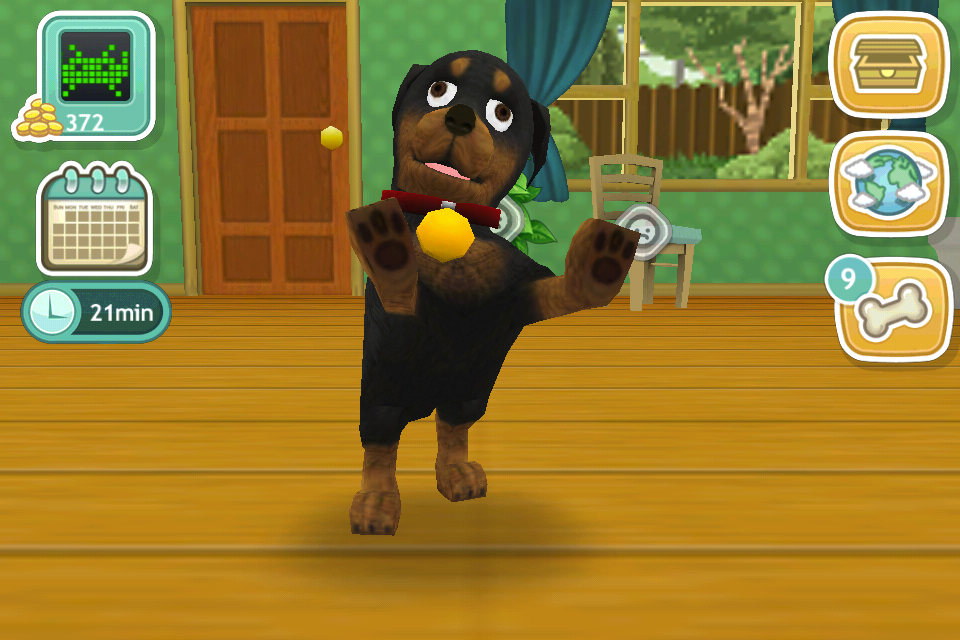 The catch is that the frequency with which you can search furniture is time limited, with longer wait times resulting in more coins. The IAP in Touch Pets Dogs 2 comes in the form of dog bones which can be used to speed up the wait times of coin collecting. You can also feed the bones directly to your dog which will send it into a state of excitement, similar to catnip in Touch Pets Cats, that will allow him/her to collect even more coins. There are other time limited events as well, like daily goals that can be completed, which can also be sped up with the use of bones. Unfortunately, when the time limits have been reached for coin collection you’ll need to act quickly otherwise they will expire.

While I’m not really a fan of games that require you to keep a constant watch in order for your rewards not to expire, there are some really nice things about Touch Pets Dogs 2. The game supports the Retina Display on newer devices and the graphics have been much improved over the original. This is a very sharp looking game, and your puppy’s mannerisms and personality are just adorable. There is also a staggering amount of different items to collect in the game, such as furniture, toys, clothing, and more. It’s actually pretty fun to decorate your house and upgrade to premium items as you collect enough coins to do so. 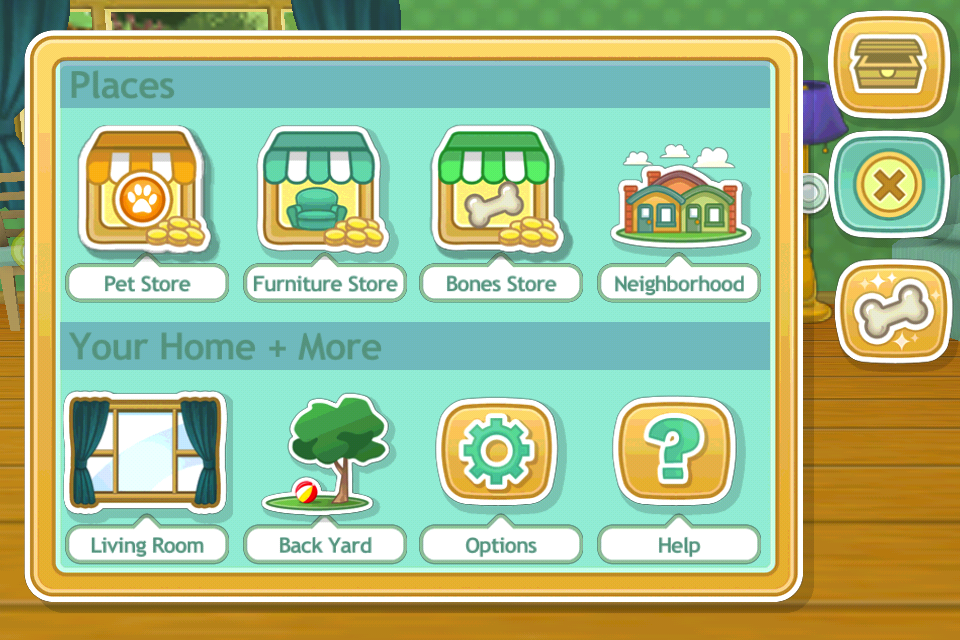 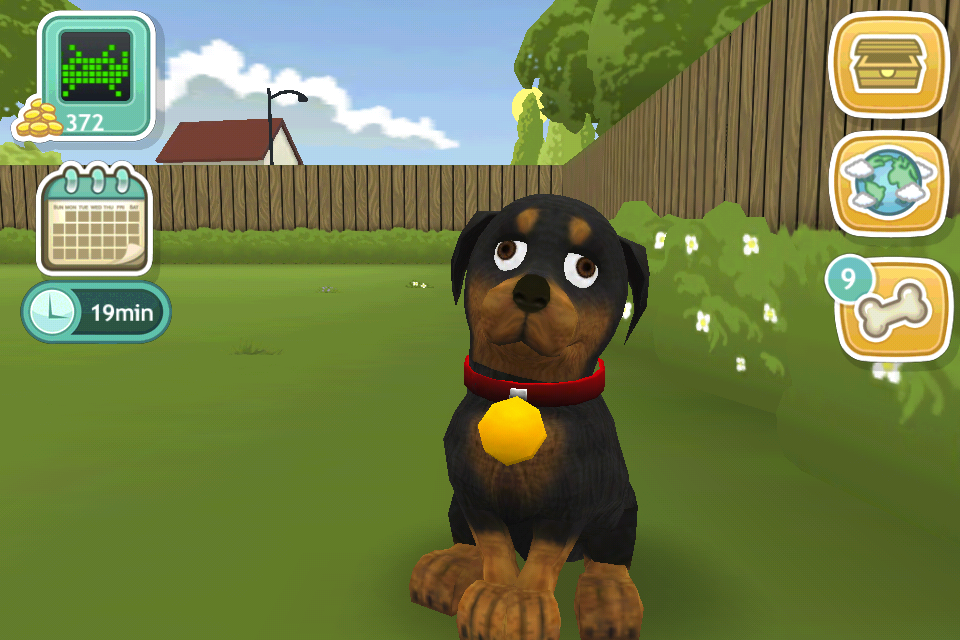 If you aren’t bothered by Ngmoco’s freemium model and have enough free time to keep a vigilant eye on your game’s progress, then you’ll find a lot to like about Touch Pets Dogs 2. Honestly, I enjoy the game a lot, but I just can’t get behind the limiting factors associated with playing. At the very least it’s worth a download to check out Touch Pets Dogs 2 since it’s free to do so, and you can leave any comments in the discussion thread in our forums with your own thoughts on the game.