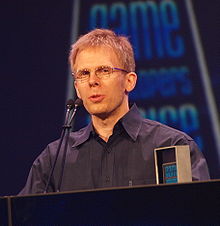 Yesterday we chatted with Id Software’s John Carmack, a gaming legend who has been pumping out popular video games and next generation graphics engines for over 20 years. His latest title, RAGE [99¢ / HD], hit the App Store late Wednesday night, and since then discussion regarding the game has exploded on our forums.

To start things off, we picked up where we left off with John in our last interview, asking where in the world the previous games he mentioned were in Id’s release schedule. Carmack told us that he badly wants to get back to releasing Quake Classic, adding even more to Doom Classic, and potentially even bring QuakeLive to the App Store but he’s just not sure where to find the time to do it.

In order to get some perspective into what goes into making a game like RAGE, John explained that it was built by an entire new mobile team put together at Id, and during the two full-time months he worked on it, he was the most involved he has ever been in a mobile project. They wanted to be extremely careful, since this was the first taste that gamers were going to get of a much larger RAGE universe, and everyone at Id is both very happy with how it turned out, and anxious to roll their experience with the title into another even better game. 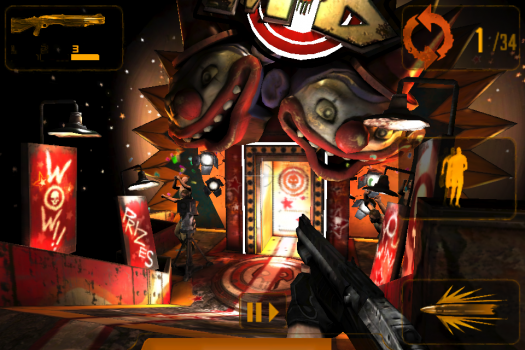 We had to ask the inevitable question that has been burning up our forums– Why the game is on rails when other developers such as Gameloft have seen phenomenal levels of success and staying power on the top selling charts with full free-roaming first person shooters. John began by saying that he thinks they could do a great job with a full first person shooter, but there are many reasons why RAGE is the way it is.

First off, it’s really pushing the limits of the entire iOS device lineup from a technical standpoint, and they wanted to create an extremely approachable curated experience that everyone interested in the RAGE universe could get a taste of. He explains that what they wanted to make was a fun pick up and play game that leaves you with a “Wow!" feeling, and he believes they accomplished that goal. John went on to say, “You can’t ever be everything to everyone. You can’t please everyone," and mentioned that the game was designed from the ground up to be a rails shooter. According to Carmack, the question of why is RAGE on rails istead of free roaming “is almost the same as saying, ‘Why isn’t it a tower defense game’?" 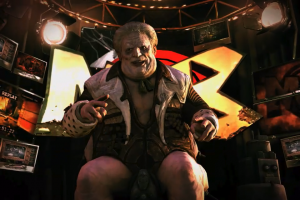 When asked what about enabling a free roaming mode like some on the forums have suggested, John went on to tell us that there are many things in the game that wouldn’t work out as well once you take the train off the rails, so to speak. For instance, all of the textures in game have been sampled from the perspective that you see it from on the rail. If you jumped off the track, and went to look at a rock in the corner, the texture which appeared sharp from a distance would now look blurry. Of course this is all possible to correct, but it involves a massive increase in file size which likely isn’t realistic for the iPhone as every texture included is high resolution, and performance could even suffer. John also explained that many of the cool things about RAGE involve scripted sequences and enemy movements that either wouldn’t work, or wouldn’t look anywhere nearly as good if the player were able to sneak up on a batch of mutants from the side.

Carmack considers the game to be feature complete from a content standpoint, but is considering a mode that will allow you to pause your movement on the rail to look around because there’s a lot of cool stuff that at this point you just pass by. He calls it a “tourist mode." In summation, John explained that there won’t be a free roaming game with this generation of technology within the forseeable future. However, If Rage the franchise is a success, there are tons of elements of the console game that they could bring over to the iPhone in potentially more free-form games. 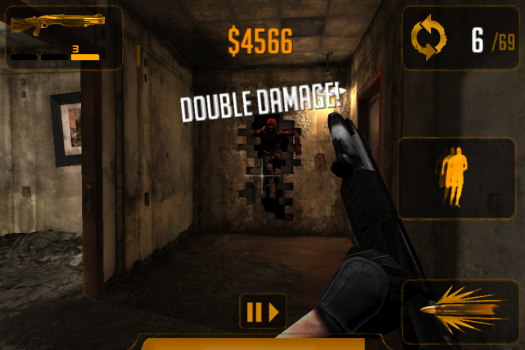 In regards to updates, Carmack plans on addressing game center support and some various tweaks and fixes from the thread, liked the mirror mode that was suggested, and even mentioned possibly running the levels in reverse as well. John also explains that some things (such as the battery meter display) were a direct result of the thread on TA. Aside from that, the RAGE team is moving on to their next project.

John openly admits that they’re still experimenting with the App Store. So far Rage has been very successful in the few days it has been out, but they’re still waiting to see the long-term results of a shorter, lower-priced game. He explained that it’s still a point of discussion at Id as to whether the next games are going to be bigger and higher priced, or smaller and lower priced like RAGE. Id is anxious to see what kind of staying power RAGE will have on the charts which will likely weigh heavily on the direction of their next game. 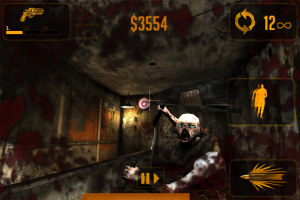 Two more games are in the works that takes place in the RAGE universe, although it sounds like no final decisions have been made yet. John told us that the world of RAGE is vast, and home to extensive outdoor environments which could be used for numerous different types of games, citing a buggy racing game of sorts as an example.

Looking to the future, John is looking forward to seeing how many people with older devices are still buying games, since the HD version of RAGE is drastically outselling the SD version. Dropping older device support would greatly benefit their future titles as they could utilize OpenGL ES 2.0 across the board, resulting in even better looking graphics that flat out cannot be accomplished on previous-generation devices. Carmack was peeved that Apple wouldn’t provide them with any kind of device specific data, as he wanted to make the call to drop support for the old devices for this RAGE release. He suspects he made a mistake by including legacy device support, because the game could have been “a little bit faster, a little bit better, and a little bit cooler by dropping the older devices."

At the end of the day, it seems that the resource Carmack lacks most is time. When asked what he’d like to do next and what he’d like to bring to the iOS platform, he explained that there are many things he’d like to do, but between all of his responsibilities at Id (which were are an incredible list in itself), Armadillo Aerospace, and his family, most of those projects are outside of his reasonable to-do list.