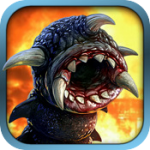 Back in late August, Deceased Pixel announced Super Mega Worm [99¢], a game inspired by the flash game Effing Worms that was itself inspired by the original worm havoc game Death Worm by JTR. Literally the next day, developer Playcreek announced that they were working on an official version of Death Worm in conjunction with JTR for the iPhone and iPad. The battle for worm game supremacy was now in full swing, but Super Mega Worm was first to market as it launched in the App Store just a couple of days following its announcement. We liked Super Mega Worm in our review, and most of our complaints with the game have since been fixed via updates, but we were still anxious to get our hands on Playcreek’s take on the game with Death Worm [99¢].

Following the new trailer for Death Worm we posted last week, the game has since wiggled its way into the App Store this past weekend. Death Worm features sharp Retina Display graphics, three different environments to cause destruction in, a fairly deep upgrade system for your worm, and even a mini-game to break up the core gameplay. The question I keep seeing asked in our forums is which game is better – Death Worm or Super Mega Worm? Honestly, it’s a toss up, and will likely depend on personal preference which one you end up enjoying more as they both have their own sets of strengths and weaknesses. 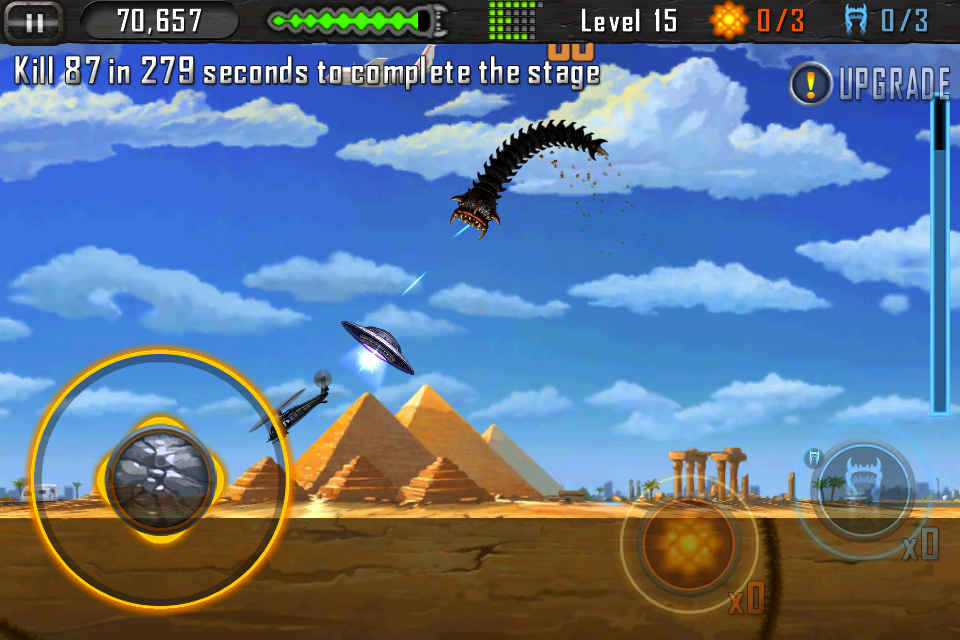 In Death Worm you’ll control your worm using a virtual stick, which works really well but is also the only option. There are two special moves your worm can perform which are enabled by collecting icons dropped from defeated enemies. One allows you to move with increased speed and strength for a period of time, and the other is a fireball that can be shot from your mouth. These special moves, along with your more basic attributes like speed and size, can be upgraded as you progressively destroy more and more enemies. The upgrading aspect is fantastic, giving Death Worm a slight RPG feel as you choose what areas to improve your worm in. 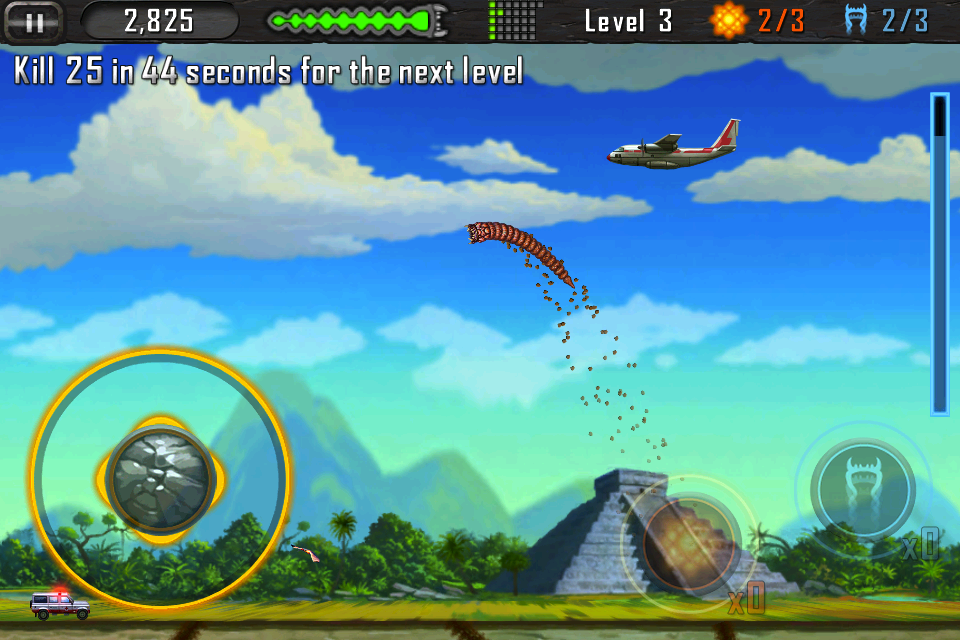 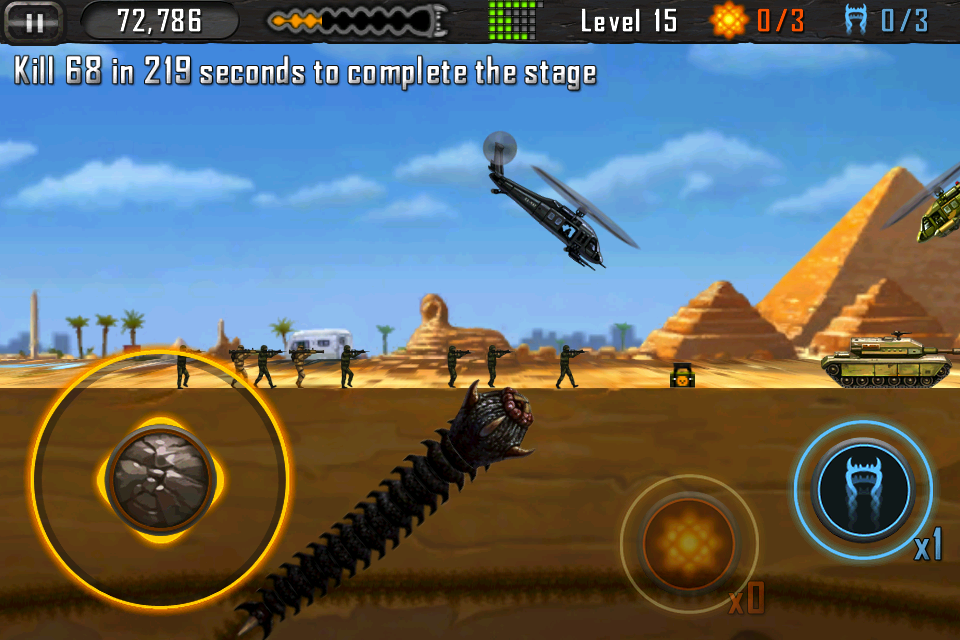 Another nice touch in Death Worm are the three different environments to play in that all have their own independent save states, essentially allowing you to have three games in progress at once. Each environment has 15 levels to play through with certain requirements that must be met to pass each one. This is the part of Death Worm that I absolutely did not like, as sometimes the requirements can be downright frustrating. For example, there are levels where you must kill a certain amount of enemies without taking damage of any kind. With one enemy left before passing a level, a single bullet from a soldier’s pea shooter will reset the quota, forcing you to start over again. I’ve literally been stuck at points like this for dozens of retries, and the game gets difficult enough in the later levels that there isn’t a need for such a cheap requirement.

Other than those infrequent frustrating moments, Death Worm is a ton of fun to play. It’s different enough from Super Mega Worm that both games can coexist in the App Store, and both certainly warrant a spot on your device. Super Mega Worm feels like more of the arcade experience, with its colorful pixel graphics and over-the-top style. Death Worm has a more realistic look to it, and feels more strategic and challenging. It also has the added bonus of more content, with the nice upgrade system, three environments, and a fun iCopter-like mini game to play. There is promise of more mini games and environments for future updates to Death Worm, but Super Mega Worm hints at additional content updates as well.

As they are both currently priced at 99¢ each, I have no problem recommending both to ensure you’ve covered all your worm game needs. If I was forced to choose just one, however, I’d choose Death Worm as it’s the game I’ve continually been coming back to.