Alright, so here’s the deal- The amount of iPad games out there on day one is beyond overwhelming. In the interest of getting something up on the site, here’s some brief first impressions of the games we’re going through as quickly as possible. Right now we kind of feel like kids in a candy store with hundreds of different kinds of candy while thousands of people stand outside with their face plastered against the window yelling “How does it taste?!"

We’ll likely do in-depth coverage of most of the games that stand out, but for the time being, if you just got home with an iPad and are totally lost with where to start you can follow along with us going through these games. These aren’t in any kind of order, rather, these are just the games that jumped out at us first. 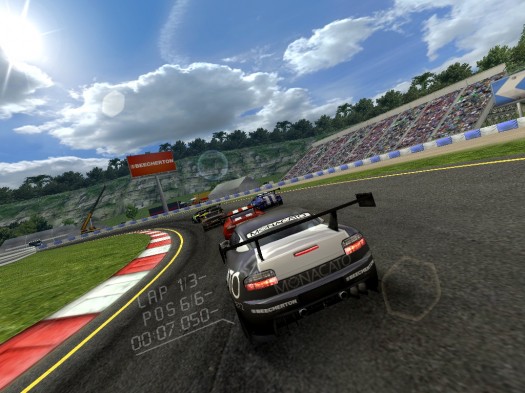 Real Racing HD, $9.99 – One of the biggest surprises for me with the iPad is how immersive racing games are, especially when in cockpit mode. The iPad feels a little on the heavy side until you get used to using it as a steering wheel, but a 1024×768 screen so close to your face really makes for a cool gameplay experience. For more details on Real Racing, check out our review. The game itself is very similar to the iPhone version, but with much better graphics and a hefty heap of immersion. 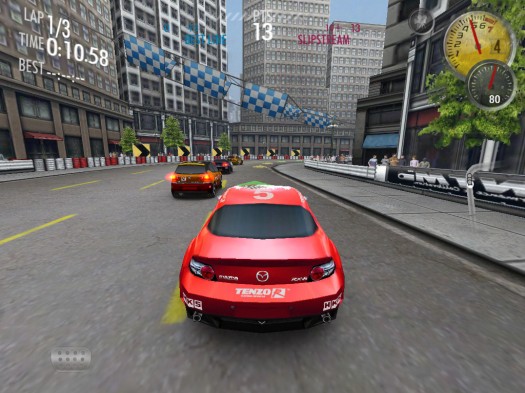 Need For Speed Shift for iPad, $14.99 – Much like how we mentioned in our in-depth preview of the iPhone version, it’s really a toss up as to which game is better between Need For Speed and Real Racing. Much like Real Racing, the game looks great on the iPad and I absolutely love the in-car view with the feel that comes with using the iPad as a steering wheel. Currently, Need For Speed costs an extra $5 over Real Racing, but if you prefer the arcade style of racing in the Need For Speed series, don’t let the higher price tag scare you away. 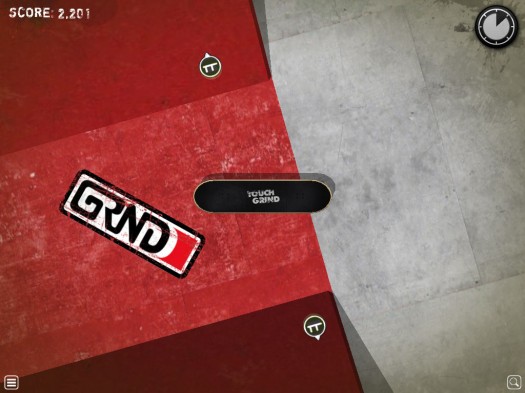 Touchgrind HD, $7.99 – If you’re at all in to finger boarding, or liked the iPhone version of the game, you need Touchgrind HD for your iPad. The extra screen real estate of the iPad really improves gameplay, as you can see so much more and can actually plan out lines to skate instead of just bumping along looking for ramps and rails. The two player mode is super cool, and the amount of customization in the game between different skateboards rocks. Something to keep in mind is that this game controls like you’re using an actual finger board just like the original, so there can be a somewhat sizable learning curve as you learn how to handle your board. 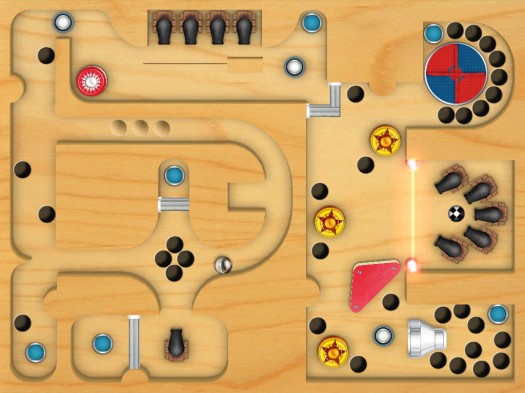 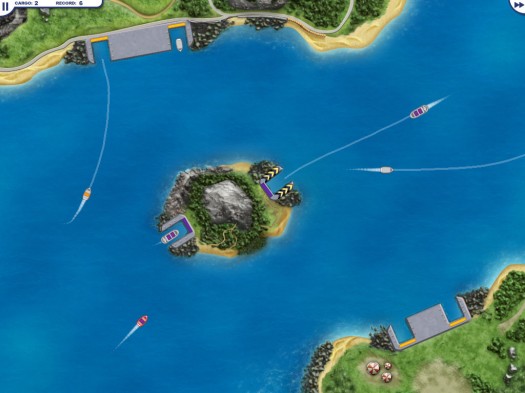 Harbor Master HD, Free – Line drawing games work fantastic on the iPhone, and they’re even better on the iPad. The control method feels completely natural, and the game gets even more hectic because of how much more you can have on screen at once. If you’ve got an iPad, you definitely need to grab Harbor Master HD while it’s free. (Heck, grab it even if you don’t have an iPad just in case they raise the price.) The main down side to the game is it only includes one map, but if you get bored of Harbor Master HD and are craving more line drawing chaos management there’s… 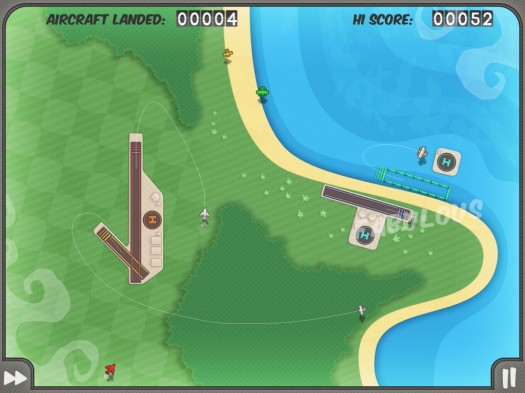 Flight Control HD, $4.99 – The original Flight Control for the iPhone was a runaway classic, and I expect the iPad version to see the same success. Along with the HD upgrade comes even more maps, two player mode, and other fun stuff. Honestly, Harbor Master HD and Flight Control HD are both worth owning, and each game serves as a fantastic example of how to do a great job in taking a solid gameplay concept for the iPhone and making it even better on the iPad. I can’t say enough good things about both games. 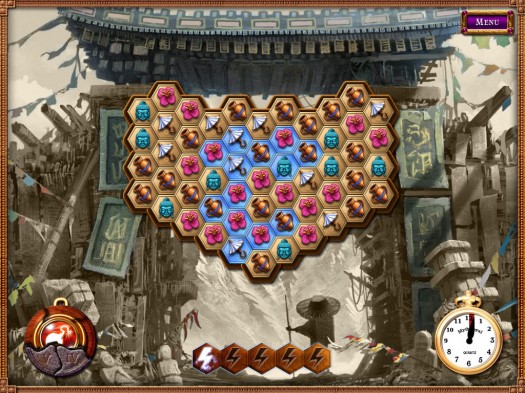 Azkend HD, $4.99 – The original Azkend I think is the only puzzle game for the iPhone that I completely beat. The control mechanic employed is this neat mixture of matching and line drawing, which you can read all about in the review of the iPhone version. I really, really liked Azkend, and am more than a little disappointed that it doesn’t seem that the HD upgrade brings much new to the table. The art definitely looks amazing at 1024×768, but if you’re like me and have already annihilated Azkend on the iPhone you can probably skip the iPad version. If this is the first you’ve heard of Azkend, then the iPad version is fantastic.

We’ve tried both Geometry Wars ($9.99) and Mini Gore HD ($4.99) and so far, we’re not crazy about the feel of dual stick shooters on the iPad. We’re not sure if there’s a learning curve that we have to master, but it comes as a surprise given how naturally suited they were on the iPhone and iPod Touch. Geometry Wars looks and sounds great, but I couldn’t get out my mind the thought that I’d rather be playing it on my iPhone. We’ll spend more time with these and more titles and let you know our final conclusion

Perhaps related to the dual stick shooter feel is that with the iPad I’m far more aware of my position and how I’m holding the device. Whether in my lap, or on the couch or holding it up, I’ve had to consciously juggle it around more than my iPhone due to the increased heft. In the long run, this may affect the type of games I want to be playing on it.

So far every tower defense game I’ve tried has seemed to be absolutely perfect for the iPad. The HD upgrades also look beautiful. 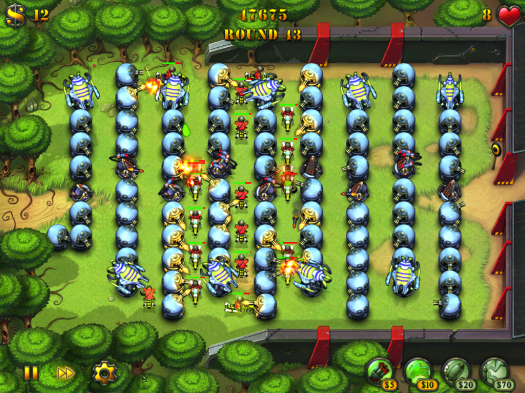 The Creeps HD, $3.99 and Fieldrunners for iPad, $7.99 have controls that work great with the device, and panning around the map is a thing of the past with the iPad.