FOX’s recent launch of the web and iPhone-based Ambush, a location-based, simplistic massively multiplayer online role-playing game (MMORPG) demonstrates the iPhone’s ability to bring a new generation of rich, location-based gameplay to mobile gamers.  But it only really scratches the surface of the platform’s capabilities in this area.  Ambush is a very basic game which uses the iPhone for position tracking but relies upon a desktop game client for the complete game experience.

We’re much more excited about PerBlue‘s upcoming Parallel Kingdom, a MMORPG in development for the iPhone and Google Android handsets.  (Actually, the developer refers to it as a mobile multiplayer trans-reality game (MMTRG).)  We took a look at this upcoming location-based MMORPG back in March and, however you label it, Parallel Kingdom holds the promise of being one of the most innovative role-playing titles for the iPhone or any mobile platform.  The game is played entirely on the mobile device in question, requiring no desktop component of any sort.

Since our initial look, the developer has posted screenshots of the game as played through the Android development environment.  Have a look at a few. 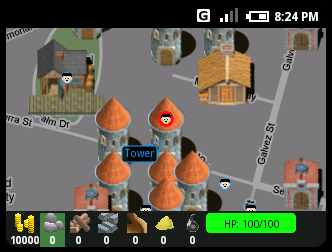 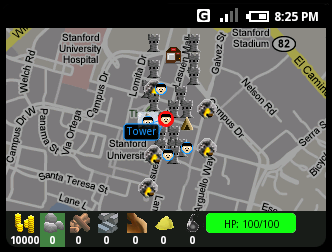 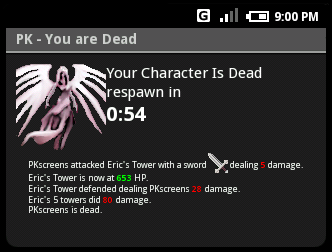 Parallel Kingdom is sure to see widespread downloads when it debuts through the iTunes App Store and Android Marketplace.  And of course, with a location-based game like this, it’s a clear case of “the more the merrier."

Per Blue CEO Justin Beck discusses the game in a short video from the Parallel Kingdom video page.

We will bring further information on this title as it becomes available and an in-depth review once it arrives in the App Store.