Dead Cells ($8.99) from Motion Twin arrived on mobile a while ago through the iOS version that arrived and we’ve been covering it ever since across all updates. We also featured Dead Cells as our Game of the Year for 2019 and adore the game and the port. A little while ago, Playdigious also confirmed that it is bringing some of the post launch content from other platforms to mobile but a timeline hadn’t been announced. Today, Playdigious finally detailed when the DLC and updates will be coming to Dead Cells on iOS and Android. This includes free and paid DLC and will finally have Dead Cells on mobile getting closer to the updated PC and console version. Check out the Dead Cells DLC and update roadmap below: 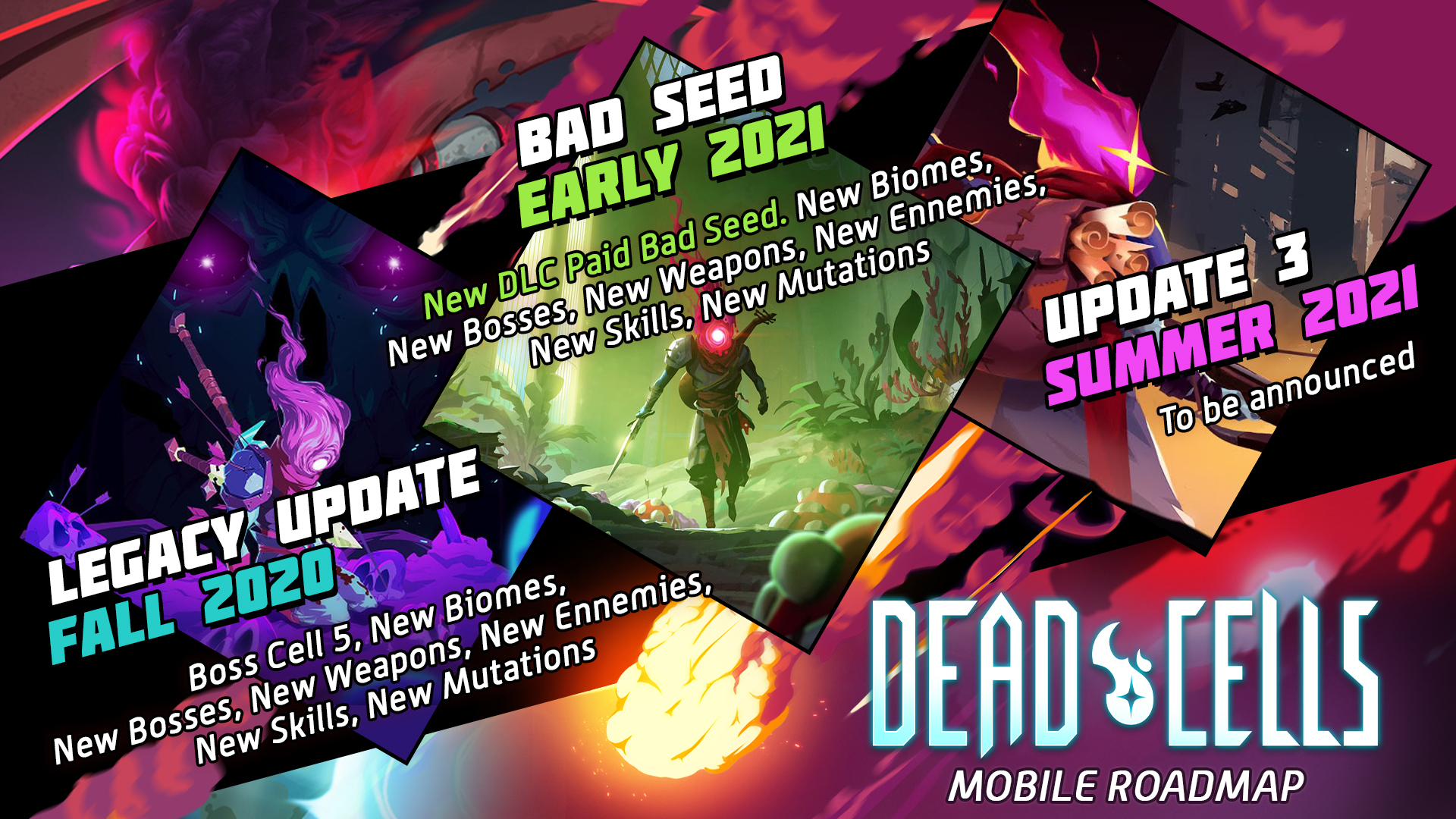 This Fall the legacy update with Boss Cell 5, new biomes, bosses, weapons, enemies, and more will arrive. This update will bring the game up to version 1.6 on other platforms. The Bad Seed DLC and content will arrive in early 2021. Playdigious is considering Custom run and Skins in future updates as well. I’m glad to finally have information for these updates because Dead Cells on iOS is the best portable version for me. If you haven’t bought Dead Cells yet, read our review of the iOS port here. We featured it as our Game of the Week as well when it released as well. If you’re on iOS, you can buy it on the App Store. Check it out on Google Play here for Android. If you aren’t sure whether to buy it on mobile or Switch, read this. Have you played Dead Cells yet on Switch or iOS?