Hearthstone (Free) version 16.0 brought big changes to the game and added support for the new expansion and the updated in-game shop. Today, patch 16.0.5 went live on mobile and PC bringing various balance changes and multiple changes to Battlegrounds. When it comes to nerfs, Corrupt Elementalist now costs 6 instead of 5, Sludge Slurper has 1 attack instead of 2, Faceless Corruptor has 4 attack instead of 5, and Mogu Fleshaper costs 9 mana instead of 7.

As always, you have two weeks to disenchant the changed cards for their full value. When it comes to Battlegrounds, there have been minion changes bringing some higher tier minions to lower tiers (The Boogeymonster, Mechano-egg, The Beast) and lower ones to higher tiers (Coldlight Seer, Primalfin Lookout). The biggest change is that Nightmare Amalgam has been removed from the pool. This will change things up quite a bit. Brann Bronzebeard has also been removed from the pool of minions. Bartendotron has been added to the available hero pool. The Winter Weil Wonder Bundle includes the Dame Hazelbark Druid Hero and card back in addition to 30 card packs. This features 6 packs from the Saviours of Uldum, Rise of Shadows, The Witchwood, The Boomsday Project, and Rastakhan’s Rumble. This bundle is available until January 6th, 2020. 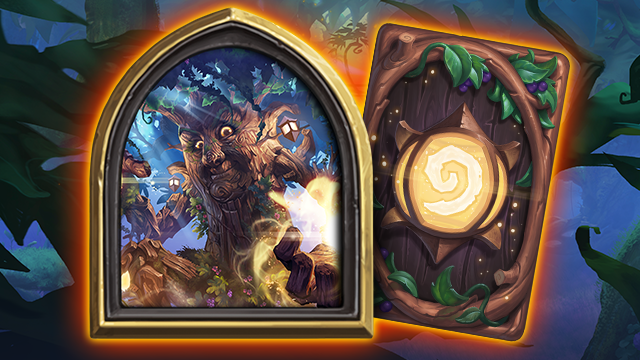 If you missed details about the single player story, The Year of the Dragon’s solo adventure arc will come to a conclusion in January with Galakrond’s Awakening. This will add 35 new cards as the you take on E.V.I.L. in January. Have you been playing Hearthstone regularly or did the Battlegrounds mode get you back to trying it again?