Quirky retro-styled RPGs abound on the App Store. Abound I tell you! Which is kind of funny because I always think of RPGs as these ginormous and complex affairs that must take teams of developers to create, but for some reason the throwback RPG seems to be the genre of choice for many solo indie developers on mobile. Go figure. Anyway, one of our favorite of these mobile throwback RPGs is Vigil RPG ($1.99) from developer Aggro Magnet Games aka solo indie developer Jonathan Schneider. Vigil released way back in November of 2014, very nearly 5 years ago now, and looked to marry elements of the classic Dragon Warrior (aka Dragon Quest) with the clever battling system from Paper Mario on the Nintendo 64. Yes, kind of a strange mashup, but it worked, and while the appeal of such a game was certainly niche, that niche really enjoyed Vigil when it released, including our own Shaun Musgrave in his review. While there were a few minor updates to the game following its release, it hasn’t really been touched for almost 4 whole years, but with this 5th anniversary on the horizon Aggro Magnet today has released a really meaty new update for Vigil RPG. 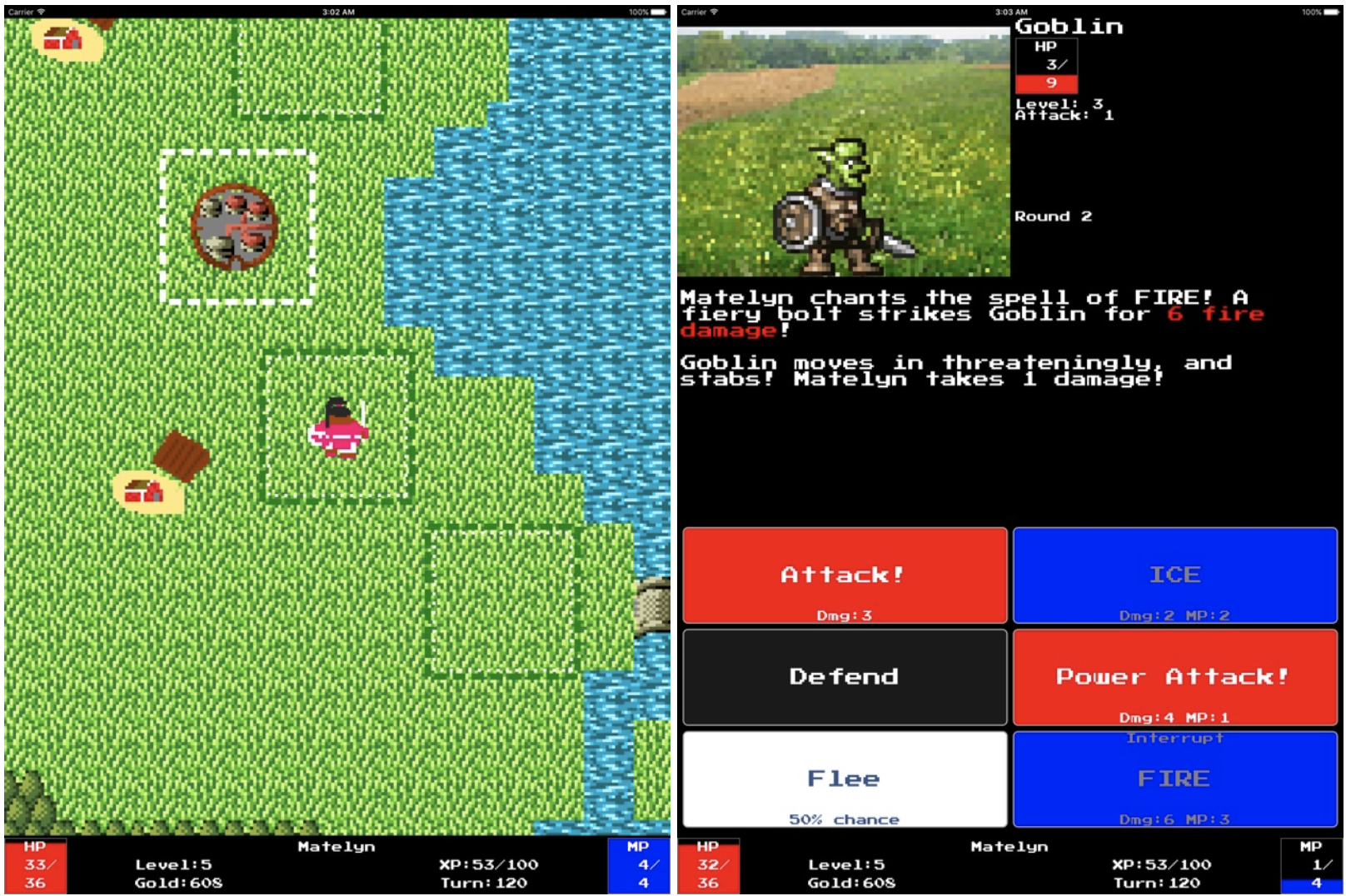 The update includes Universal support for iPads as well as support for all the fancy big screens of the newer iOS devices. There’s a new early-game boss at the Norther Hills farmstead, and many of the existing enemies have been redesigned. There are even more tweaks, fixes, and additions in this update, but the most important one of all is that Bo the bartender now has more funny dialogue to say to you. Besides the review linked previously, we also included it in our round-up of the best RPGs of 2014, included it in our ranking of the best all-time RPGs on iOS from January of last year, and Shaun interviewed Aggro Magnet Games about Vigil RPG in early 2017 and that interview is filled with all sorts of interesting insight into the game’s development.

With today’s 5th anniversary update, the price of the game has also doubled to a whopping $1.99, but if you like old-school RPGs that are distilled down to their very basics but feature very interesting combat that rewards your strategy and efficiency, Vigil RPG is well worth all 199 of those pennies.