Hello, gentle readers. It seems like our previous ranking lists have gone over pretty well, so I’m going to be carrying on with them on a semi-regular basis. The topic this time around is the JRPG genre, an admittedly wide umbrella that I’m restricting simply to make it a useful label. What we are looking at here is a ranking of games that follow closely in the footsteps of Dragon Quest, Final Fantasy, and their ilk. Turn-based battles, melodrama, interesting characters, a plot that has a start and a finish, and things like that. If the combat system involves real-time action, it won’t be on here. If it’s an endlessly-updated free-to-play game, it also won’t be on here. As odd as it may seem, these games do not have to be from Japan. This is not the final word, and your list can be (and probably is) different.

One caveat: I’m only including games that include 64-bit support at the time of writing. The deadline for 32-bit apps has long passed, so this list wouldn’t be terribly useful if I included those. I’ve limited myself to 10 games for this list, and only one entry per series. Rather than go through the headache of trying to rank them in a particular order, I’m just going to list them alphabetically.

Adventure to Fate: Quest to the Future

Adventure To Fate : Quest To The Future JRPG, $3.99 The Adventure to Fate trilogy of games is a great condensation of what makes JRPGs enjoyable to play. Quest to the Future is the latest, and perhaps the last, entry in the series and is the most sophisticated of the bunch from a design standpoint. If you’re looking for a sweeping story, this probably isn’t the game for you. On the other hand, if you want to enjoy a great implementation of JRPG combat in a mobile-friendly format, it’s hard to go wrong with Adventure to Fate.

RPG Asdivine Hearts, $7.99 If we were giving out participation awards for JRPGs on iOS, Kemco would be standing at the top of the podium. They’ve released dozens of JRPGs on the platform, to the point that it’s hard to know where to start. Personally, my favorite of the lot is Asdivine Hearts. In many ways, it’s a very traditional JRPG. What elevates it above the rest of Kemco’s line-up for me are the interesting characters and the fun gem system that forces you to carefully consider which abilities you want each character to use. If you’re looking for something new that feels old, this is a good pick.

CHAOS RINGS â…¢, $19.99 Once upon a time, Square Enix used to release high-quality original JRPGs on iOS. In those days, their flagship mobile-original series was Chaos Rings. While most of the games were put out to pasture after one too many compatibility issues, the latest installment remains. Chaos Rings 3 may well be the finest original JRPG available on iOS. It certainly appears to be the highest-budget. It’s fascinating how it marries concepts from social RPGs with the reasonably traditional gameplay set-up of the earlier games. While the previous Chaos Rings titles stood out due to their high concept and somewhat dour tone, Chaos Rings 3 is closer to the candy-colored melodrama of Square’s usual console efforts. It’s essentially a clean break from the rest of the series, so you needn’t worry about missing out on the earlier chapters.

CHRONO TRIGGER (Upgrade Ver.), $9.99 This game probably doesn’t need much of an introduction or explanation, but I can’t leave this paragraph blank. Chrono Trigger is one of the best JRPGs ever made. Some people will say it is the best. I’m not going to fight them too hard on that. The iOS port isn’t ideal; there’s a somewhat ugly filter applied to the pixel-art graphics, and the text formatting can get a little funky on some devices. It probably could use an update. But it works, and a Chrono Trigger that works earns a spot on any self-respecting JRPG ranking no matter what. You need more? Fine. Dinosaurs. A post-apocalyptic future. Time-traveling ships. Cool combos. Great art. A karaoke-singing battle robot. C’mon.

Dragon Fantasy, $7.99 Dragon Fantasy is ostensibly a parody of classic JRPGs, but it has so much heart that it feels more like a loving homage. The hero, Ogden, is an over-the-hill hero who sets out on one more adventure. His chapter is just the first on a game full of weird characters, a wide variety of locales, and some truly off-the-wall enemies. The battle system is a little plain in this game, but as long as you don’t mind its meat-and-potatoes approach to combat, the entertaining story and characters are enough to carry this one through. If you enjoy it, there’s also a sequel.

DRAGON QUEST V, $14.99 Dragon Quest is like pie in that there’s no bad one. And indeed, fans will wrestle back and forth as to which one is the best of the lot. My opinion is that for mobile fans, Dragon Quest 5 is the best choice. It has the strongest story, it’s a rock-solid port, and the marriage system gives you a good excuse to replay it a couple of times. Really though, it comes down to the story. It’s an interesting exploration of what it means to be a hero, and there’s nothing else quite like it out there anywhere.

FINAL FANTASY â…¨, $20.99 The quickest way to start a fight between gamers is to start ranking Final Fantasy games. Most of the series has been ported to iOS, and as such there are a lot of great games to choose from. I’m selecting Final Fantasy 9 based on the strength of the port, but the game itself isn’t too shabby either. This was kind of the last hurrah for the classic style of Final Fantasy before the developers really started experimenting. As such, its cast and story will always hold a special place with me. The mobile port is absolutely fantastic, improving on the original in so many meaningful ways and adapting smartly to the platform. Square Enix doesn’t always treat their ports in a way that pleases fans, but it’s hard to argue with this one.

Lunar Silver Star Story Touch, $6.99 There weren’t a lot of reasons to own a SEGA-CD, if we’re being honest. But Lunar: The Silver Star was one of them. The game got another chance to shine with its PlayStation version, Lunar: Silver Star Story Complete, and this mobile version is built on top of that one. While there are some interesting elements to its gameplay, the primary reason to play Lunar is because of its strong characters, roller-coaster plot, and impressive production values. Note that the video above does not show the iOS version, but rather the amazing opening of the SEGA-CD version. There was nothing I could do, sorry.

ROMANCING SAGA 2, $17.99 This one’s not going to be for everyone, but those who like it will like it a lot. A previously unlocalized classic from Square’s 16-bit era, Romancing SaGa 2 looks like a Final Fantasy game and plays like nothing else. You play as a line of emperors in an adventure that spans generations. There are some strategy elements to the game, and it’s more open-ended than many JRPG fans may be used to. An oddball of an RPG to be sure, but if you’re looking for something a little different, this very well could be your tonic. 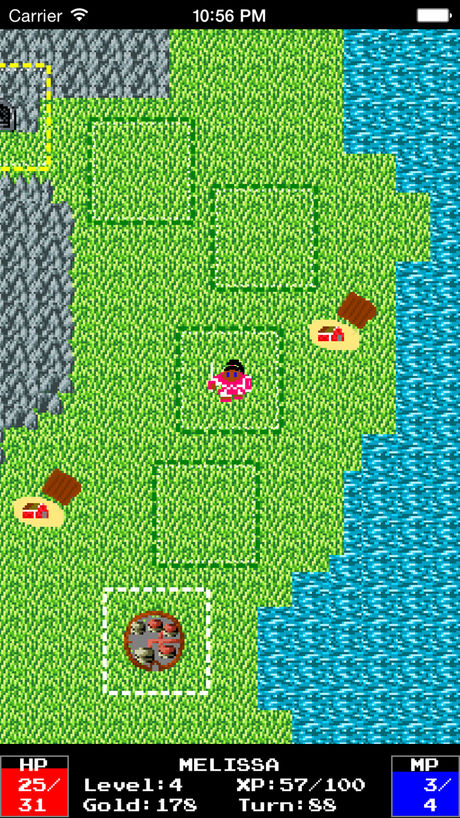 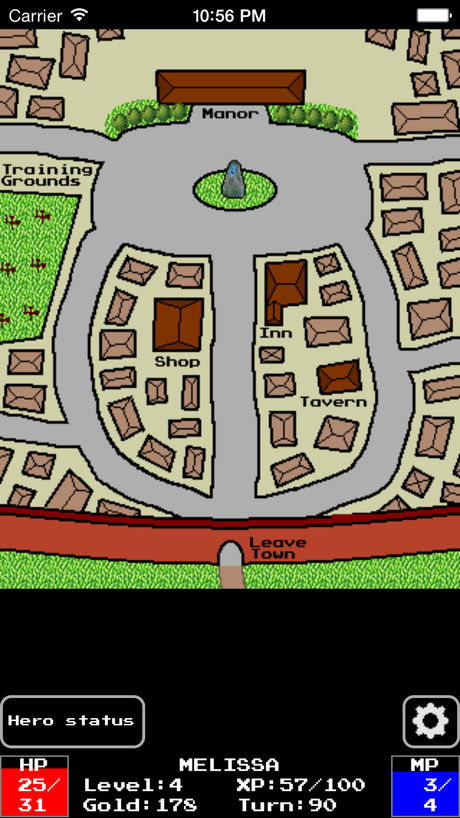 Vigil RPG, $1.99 This is another personal favorite of mine. Vigil RPG is for the JRPG fan who loves strategic combat and managing their resources. The game streamlines exploration to a great degree, focusing on intriguing combat that has you watching for tells and reacting appropriately. While it’s not a terribly long game, it can be quite a bit of fun seeing just how quickly you can get it all done. I would love to see an expanded sequel from this developer, but I suspect that this will remain a one-off.

Again, this is just my personal list. If something you really love is missing, it’s possible I forgot it or that I’ve ruled it out as a JRPG for one arbitrary reason or another. That said, if you want to make the case for anything in particular, please leave it in the comments below. There’s a good chance I’ll be revisiting this list in the future to update it now and then. Which ranking would you like to see next? Let us know that in the comments below as well. Thanks for reading!