Earlier today Playdigious announced that they partnered up with Motion Twin to port their award-winning roguelike metroidvania Dead Cells to iOS and Android. Ever since the game set the world on fire when it hit consoles and desktop last summer, there have been people wondering if a mobile port could be possible, as the prospect of carrying Dead Cells around in your pocket wherever you went was an exciting one. But… touchscreens. They aren’t the best for games that require precision and were built for physical controls in the first place. Could something like Dead Cells even work with touchscreen controls? Playdigious thought so. In a blog post from Playdigious lead producer Laura Saada over on Gamasutra, the process of making Dead Cells playable on mobile is broken down into a very interesting read.

First and foremost was to see if mobile devices could even handle running the game in the first place, never mind worrying about controls or anything. So Playdigious put together a really quick and rough build of the game for mobile just to see how its performance was. Spoiler: It was great. As Laura says in the blog post, “high-end mobile devices nowadays are very close to a Nintendo Switch in terms of technical power" so if you’re a developer who is already making a Switch game, keep a mobile port in mind as there’s a huge amount of reach on mobile beyond what you’re getting on consoles and PC.

The next big hurdle was figuring out how to do the controls. While some gesture-specific schemes were prototyped and tested, in the end the old standby virtual buttons ended up being the most playable option. That said, Dead Cells has A LOT of buttons, not to mention a lot of UI elements onscreen. Figuring out how best to do that on what is a fairly tiny screen was quite the feat. Whereas on other platforms most of the UI is along the bottom of the screen, that wouldn’t work on mobile as that’s where players have their hands, so Playdigious moved the UI around to different areas of the screen which freed up the bottom portion of the screen for virtual buttons. Here’s the original game’s UI followed by a work-in-progress screen of the reworked mobile version below. 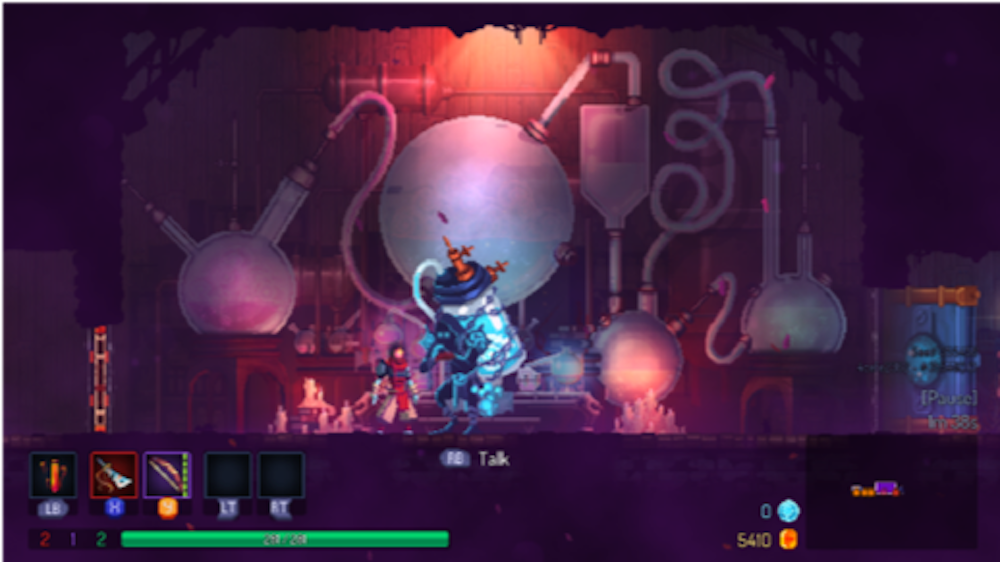 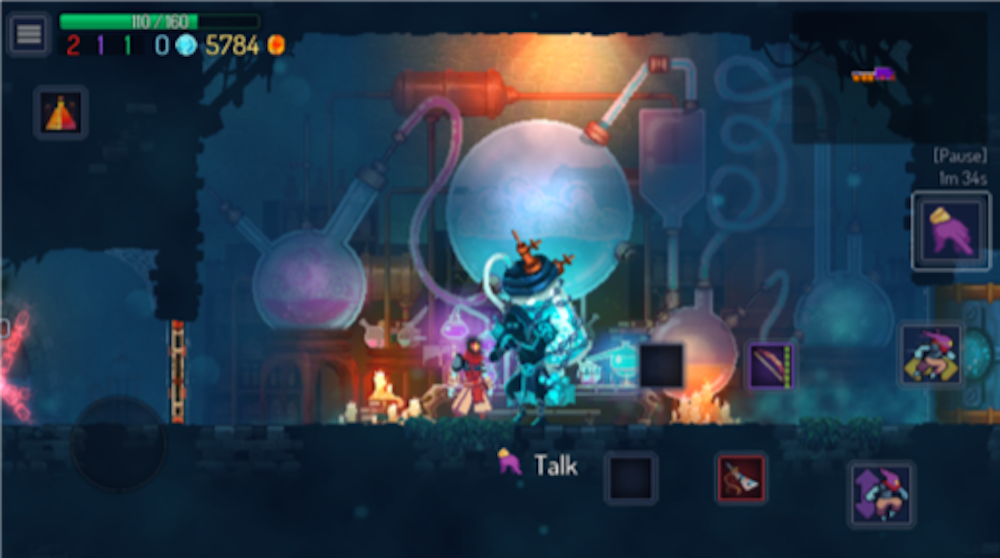 The other big factor in bringing a traditional console or PC game like Dead Cells to mobile is to recognize that there’s no one-size-fits-all solution for every player. Playdigious has created a default touch control scheme that they hope most people will be happy with, but if not they’ve added the ability to move and resize all of the virtual buttons so each player can find what they’re most comfortable with. The control options will also include a gesture-based swipe to dodge and an option for a fixed rather than floating control stick, just in case those options end up suiting somebody out there better than the defaults. And of course the game will also fully support MFi controllers.

In addition they created an exclusive new mode called Auto-Hit which has your character automatically performing the melee attack on enemies that are within range, further trying to streamline the experience so that mobile players can just concentrate on the exploration and not worry as much about the combat if they don’t want to. While autoplay functionality, even just minimally implemented, is a dirty word with a lot of the more hardcore mobile gamers, this Auto-Hit mode actually ended up being the preferred way to play by the developers. Again, it’ll be just an option so most players should be able to tailor the Dead Cells mobile experience exactly as they want. Here’s a work-in-progress screen of how the virtual button customization screen will look. 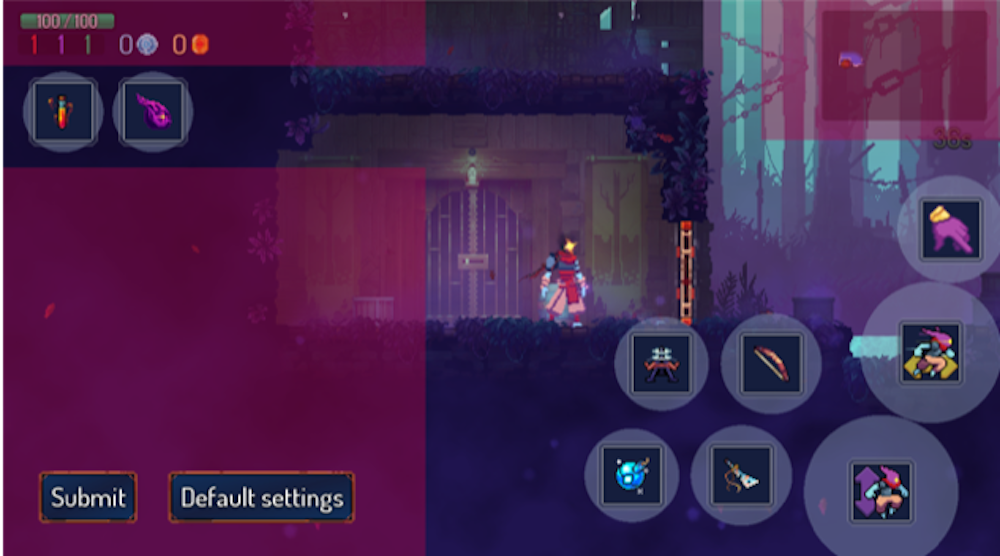 The full blog post contains even more interesting nuggets and is well worth a read, so be sure to check it out. While a lot of people instantly dismiss the idea of Dead Cells being playable on mobile, Playdigious points out in that blog post our own story on developer Shiro Games declaring that their Evoland 2 would never make it to mobile due to its length and complexity. Playdigious were the ones who disagreed and reached out to Shiro to create a mobile version, which took more than a year of hard work but ultimately did release on mobile last year. I feel like the beloved Dead Cells is in very good hands here. You can look forward to Dead Cells on iOS as a fully premium game sometime this summer with an Android version to follow sometime after.