When Diablo III made the jump to PS3 and 360, most people were skeptical about the visuals and the controls. Thankfully, Blizzard nailed the controls with various tweaks to make the game that was built for keyboard and mouse work great on a gamepad. The game eventually became quite the couch co-op phenomenon on consoles and even saw great ports to PS4 and Xbox One. Blizzard finally brings Diablo to Switch in the Eternal Collection that has been ported by Iron Galaxy who also ported Skyrim. Read Eli’s impressions of Skyrim on Switch here.

Diablo III: Eternal Collection includes the base game, the Reaper of Souls expansion, the Rise of the Necromancer DLC, and exclusive Switch cosmetics and amiibo support. It also has the advantage of including all the fixes and additions the game saw for years on other platforms and is the most polished the release yet. When it comes to exclusive content, you get Ganondorf armor, a pet, some wings, and amiibo support in addition to what the Switch hardware offers thanks to the various gameplay and control options.

While it already is a great couch co-op game on other consoles, the Switch offers a lot more with local wireless support and even single screen single Joy-con play. It is pretty mindblowing that you can play with a friend using a single Joy-con each on the same small Switch screen in tabletop mode. Local wireless lets you team up with friends on their own Switches locally to play together. So far both the local wireless and online have been near instant to connect to someone else to play together. You still need to sadly use your own voice chat solution since the Switch doesn’t have a native solution.

I loved Skyrim on Switch but Iron Galaxy outdid that with Diablo III on the Switch. Visually, Diablo III adjusts the resolution depending on the load on screen to maintain the frame rate which is always great for action games where smoother performance is more important than visuals. The visual differences are more noticeable on TV than on the smaller screen but the best part of all of this is the framerate holds up very well so far. It is super smooth in both docked and handheld modes. You’re obviously not buying this on Switch to play on TV and the handheld mode is awesome across the board.

The biggest complaint I have so far is the inconsistency with B and A buttons where you need to press one to initiate a conversation and another to continue said conversation. Many games struggle with this on Switch because of how they handle things on other platforms. Hopefully this gets patched. The other aspect that disappointed me a bit is the lack of any touchscreen support. LA Noire did a great job of using the touchscreen and while I didn’t expect that here, being able to navigate the UI or even the map with touch would’ve been great. 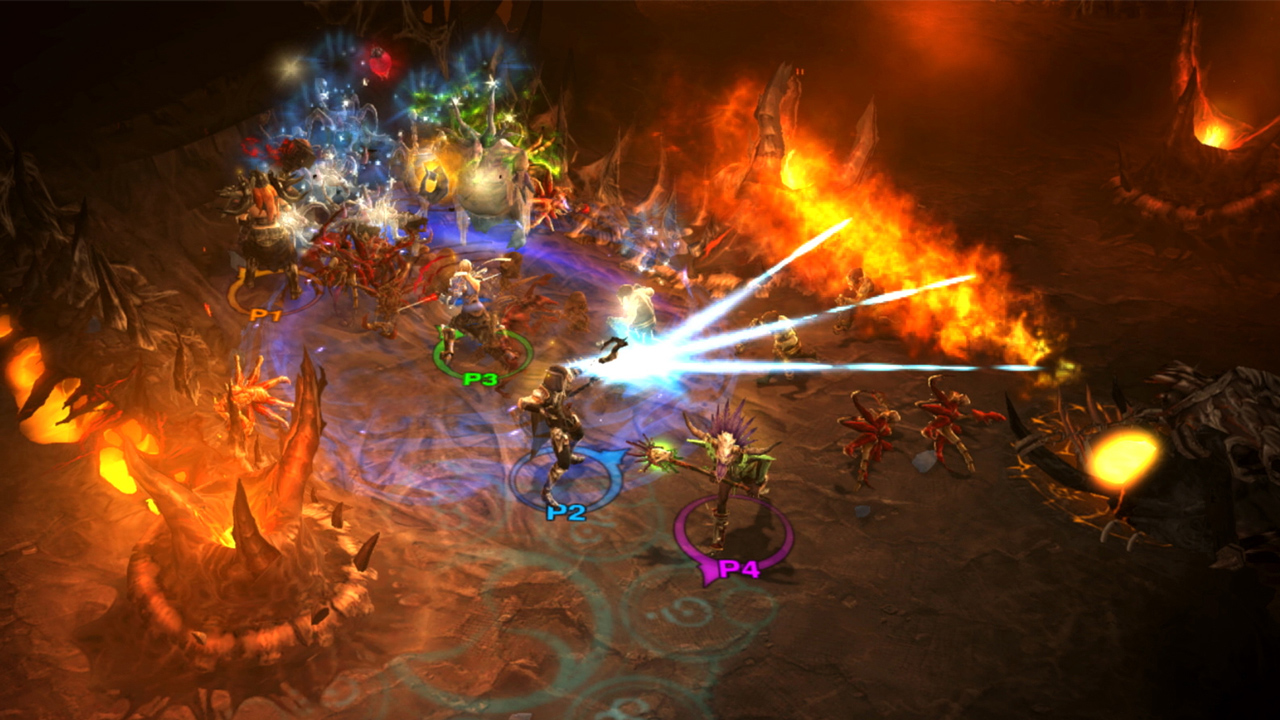 Stay tuned for our full review on Friday but Diablo III is pretty fantastic on Switch so far. I just hope they fix the button inconsistency and also the homescreen icon because the one it has right now has to be a placeholder icon or a mistake. It cannot be the final icon. Blizzard’s first Nintendo platform release in years is shaping up to be the definitive version of one of the most fun games out there.