This week’s “Out Now" post is a little crazy, as I’m posting this half now and crossing my fingers for there to be in-flight WiFi for me to finish the list later tonight, as usual. Worst case scenario, we post about the new games not in this list tomorrow. But, in the meantime you can click this link to view our forums with the threads sorted by the date they were posted. New games will be at the top. Once again, apologies for this week being weird. I’m running late to get to the airport to travel to RuneFest for some mobile Old School Runescape coverage and Jared is out for his wedding anniversary. Anyway, on with the (first part) of the show. 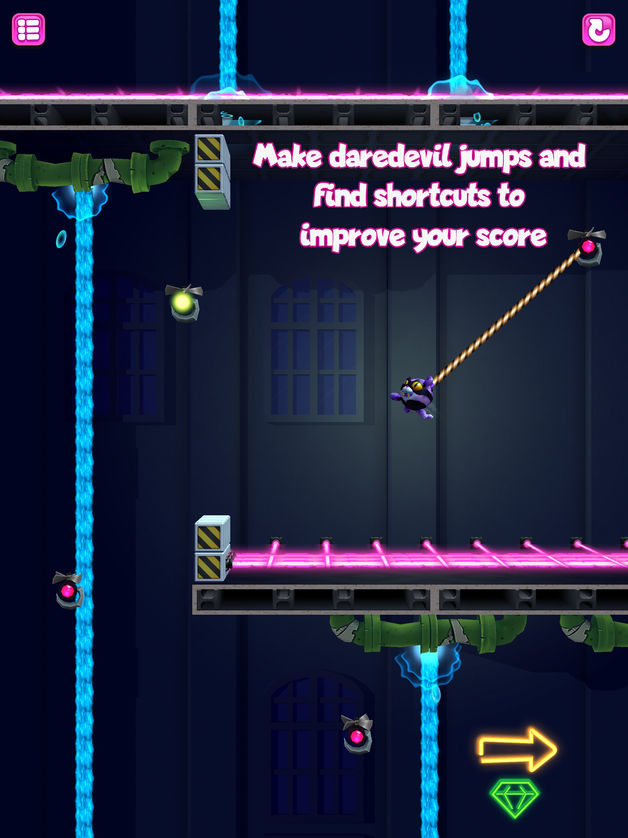 Are you ready to become a master cat burglar—literally? In this thrilling one-touch action game, you’ll sneak, swing, dodge, bounce, and soar through mesmerizing levels filled with diabolical traps and gravity-defying physics on your way to the purrrfect heist. Don’t get catnapping—you’ll need to think quick if you’re going to swipe the gem without getting busted.

Delve deeper into the claw-some experience to earn new cats, collect bonuses, and try to three-star every level! Score big and you’ll be feline good about your place in the leaderboards!

It’s an ambush! You’re surrounded and there’s nowhere to run, the only option is to fight, so make your last stand count. Do you have what it takes?

Its fun to mindlessly destroy bad guys, try it!

The game is a single player horde/wave survival high score game, designed for short bursts of entertainment. With simple tap or swipe based controls anyone can easily pick up and play without going through complex tutorials. 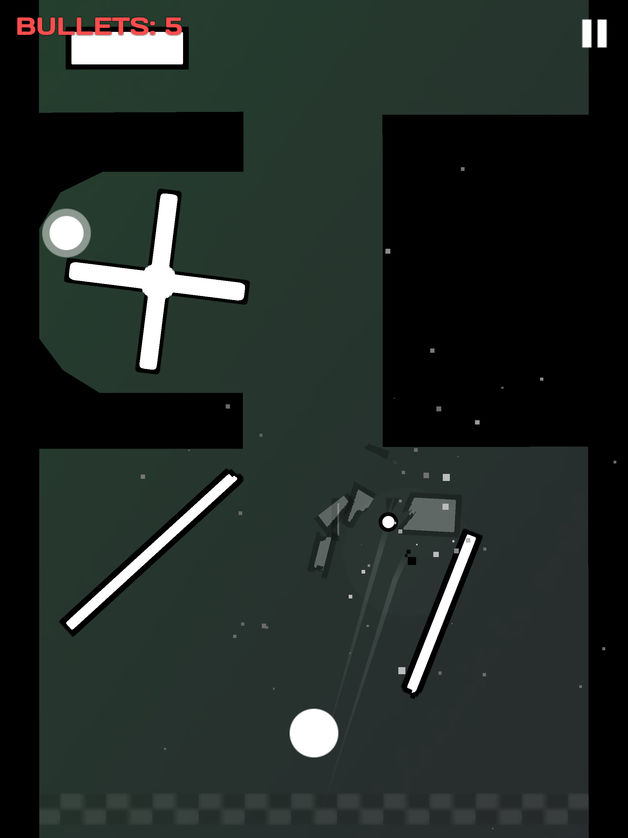 Thousands of ways for every hero. Suitable for every player! Original heroes make you and your friends fully enjoy the fun of PVP! Non-stop heavy fighting! More honor and reward waiting for you to come! 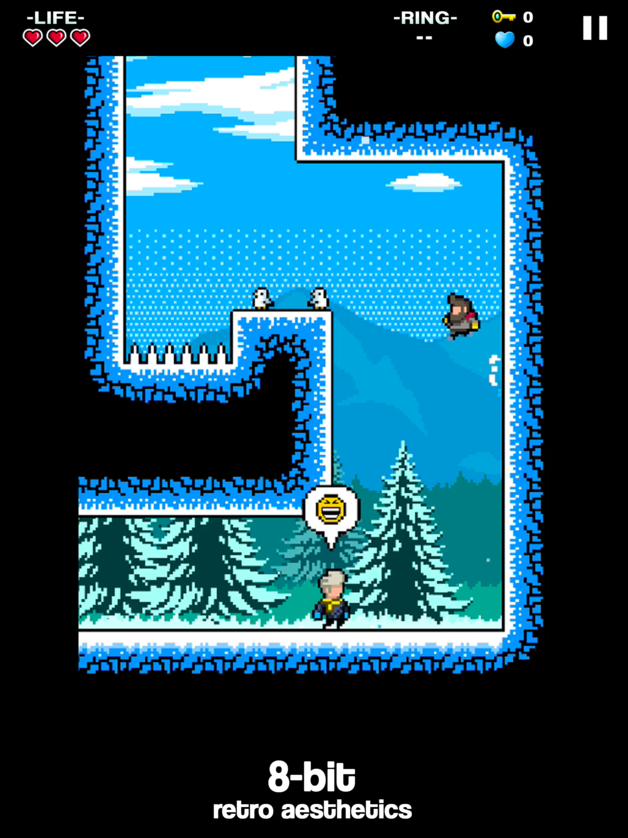 Run, jump and climb as you avoid lethal obstacles to reach the summit!

Face numerous challenges in this exciting platformer as you help Sammy fulfill his dream of getting to the top and becoming a climber!

Mountain Climber: Frozen Dream is a platform game with superb 8-bit aesthetics and a touching story of self-improvement. A challenging game where every death is a lesson learned. Nobody ever said that climbing a mountain would be easy!

Challenge and beat your opponents in the MXGP Motocross Rush championship, move your bubblehead in the most fun and exciting physics-based racing game.

MXGP Motocross Rush transforms you into a rider in the official MXGP motocross championship. Win every challenge to beat the official champions, will you be able to defeat the competition? Throw down the gas but cross the finish line with a supercool outfit, your look counts!

Patty’s brother has been possessed by the God of Poverty and the whole family has become poor, with huge debts… This is the beginning of Patty’s struggle! To pay back the debts, let’s open a tavern in Marenia, gather ingredients, and start cooking!

Run the adventure tavern how you like! Collect ingredients and cook new dishes above 600! You get level ups not by defeating monsters, but by eating food. Train your characters, conquer new dungeons, and aim to get new ingredients through exploration, farming, fishing, and many more ways!

Kazuya’s rage begins from the tip of his sword!
Awaken your samurai through endless training, craft legendary swords and defeat all those defending the ‘Tower of Corruption’! 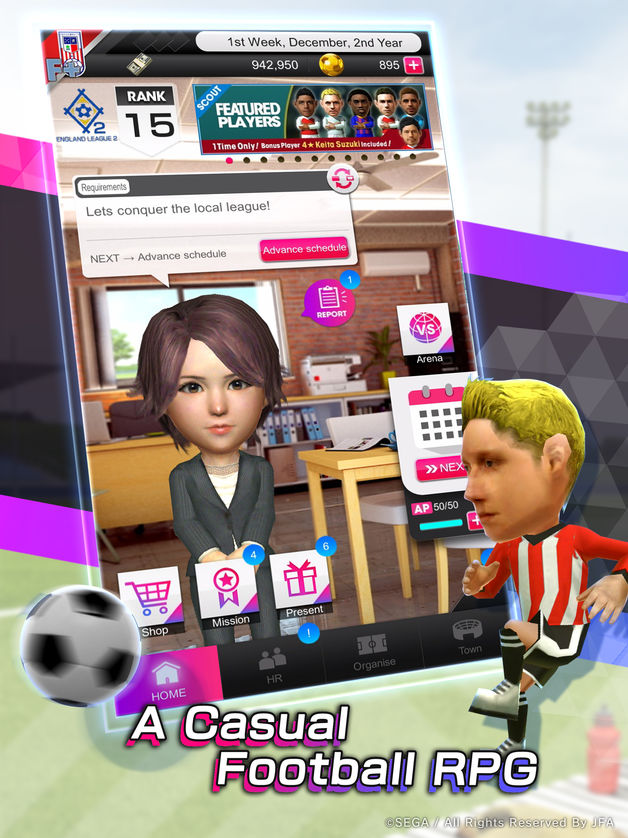 The popular football RPG from SEGA, Pocket Club Manager, now available in English for the first time on mobile devices! Based on the popular “Let’s Make a Professional Soccer Club” series, Pocket Club Manager has been designed from the ground up to be as close to the original series as possible, complete with the same cycle of club management, player training, finance management and football simulation.
Join other players around the world and compete to create the greatest football club of all time! 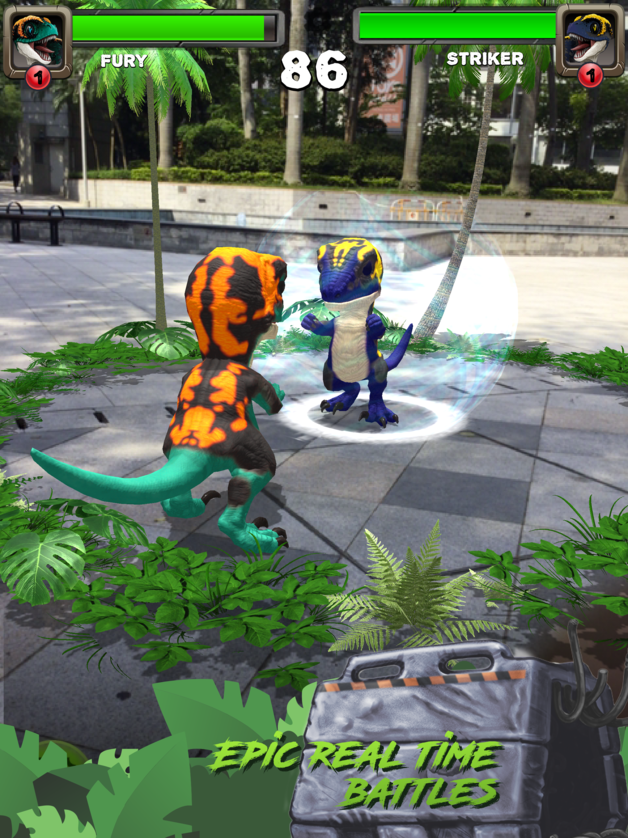 It’s time to throw down and level up! Introducing Untamed Battle AR, the new augmented reality game for mobile devices. Unleash your real-life Untamed creatures in an augmented world where you fight to the finish!

Challenge friends or anonymous foes to epic combats and unlock abilities, rewards and game features as you go.
Need a break from all of the battles? Give your creatures a little TLC by petting them, playing fetch or feeding them to calm them down or rile them up. You can also customize their look and unlock exclusive colors and markings as you rise up on the leaderboard. With Untamed Battle AR, the world is your battleground!