Just prior to Halloween last year, we got the very Halloween-appropriate news that classic movie murderer Jason Voorhees would be officially coming to the App Store by way of a new game called Friday the 13th: Killer Puzzle. Better yet, the game would be a revamped take on Blue Wizard Digital’s Slayaway Camp ($2.99), an absolutely fantastic puzzler that was like an homage to those great ’80s slasher flicks that folks like Jason Vorhees were known for. In fact, Friday the 13th seemed to be the biggest inspiration for Slayaway Camp, so the news that the team was now making an officially licensed Friday the 13th version was pretty exciting. Anyway, fast-forward to this week and seemingly out of nowhere Friday the 13th: Killer Puzzle (Free) has slashed its way into the App Store. 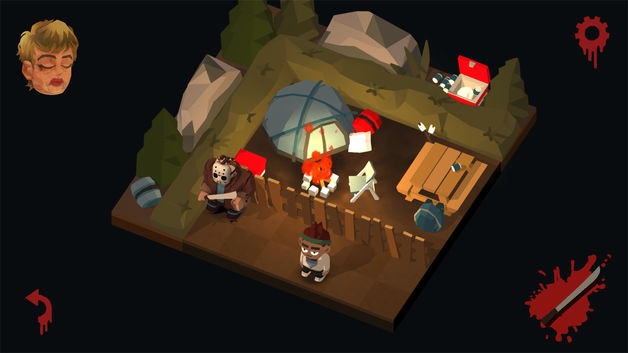 Here’s the catch: As of right now, Friday the 13th: Killer Puzzle only seems to be available in the US App Store. According to a tweet from the game’s official Twitter account, it should be arriving outside the US at some point, but we’ll have to wait for more details on exactly when and where. This particular release build also seems to be a little bit buggy in some areas, like the iCloud integration. Given that and its zero fanfare release I sort of assume that Blue Wizard didn’t actually mean to release the game just yet, but that’s just speculation. If you’re in the US and want to take it for a punt, Friday the 13th: Killer Puzzle is free to download and try so knock yourself out. If you’re outside the US or just want to wait to see if a more stable version gets released, we’ll let you know when Blue Wizard gives more details about the plans for full launch.