The first thing that drew my attention to Slayaway Camp ($0.99) was the horror theme. Designed as a pastiche of 1980s horror in all its cheesy glory, combined with a voxel look that allowed for some gory slasher action with a comical feel. And then the game released on Steam first. After some work to make the game acceptable for Apple, we finally have Slayaway Camp on mobile, and what I found wasn’t just a game that was over-the-top in gore and humor. I also found a great sliding puzzle game, that also managed to integrate its theme in a masterful way. This is a game that’s fun to play and experience the little world it has created. 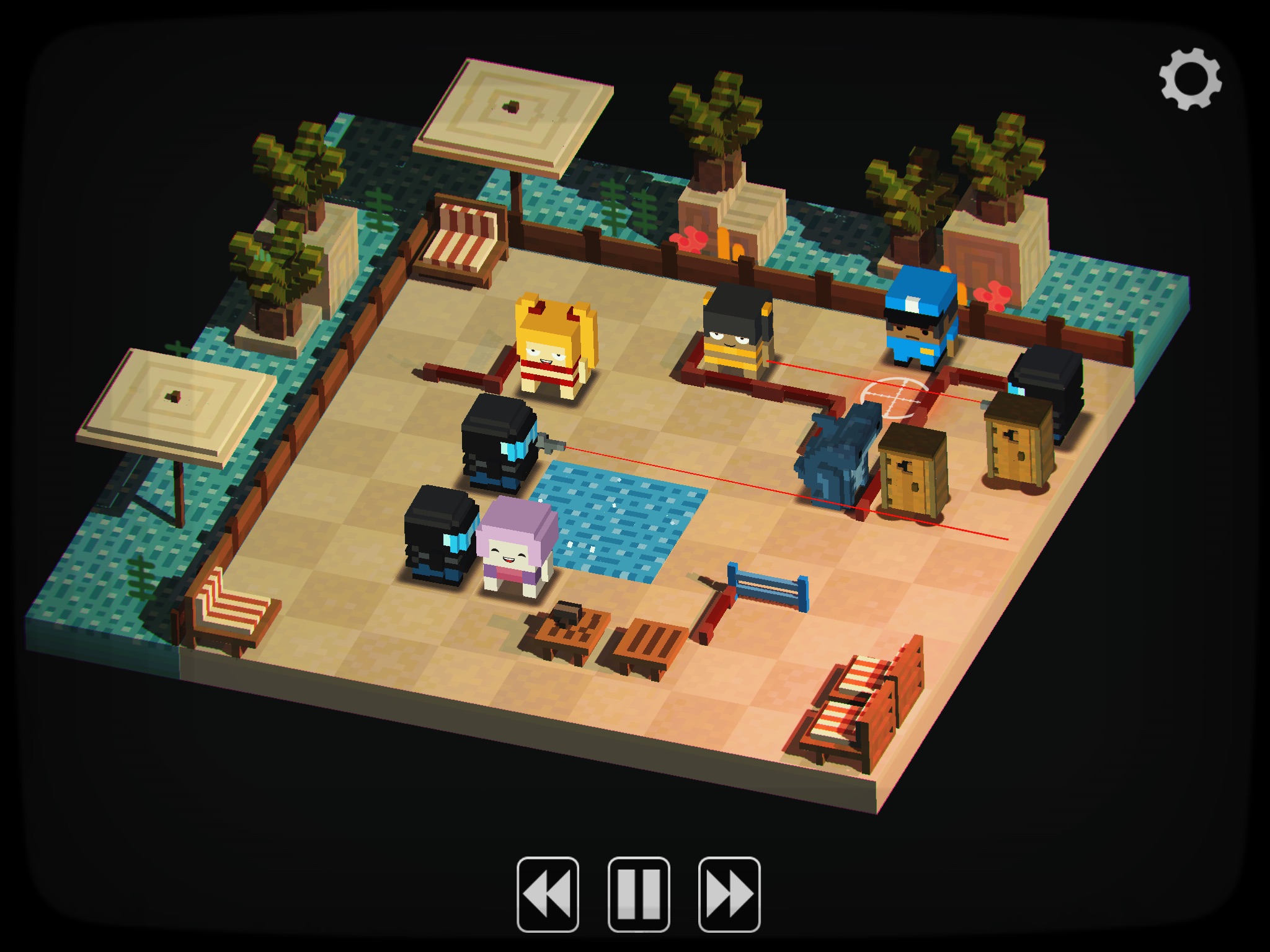 At its heart, Slayaway Camp is a sliding puzzle game, just with a macabre twist. You control the killer in a horror movie, trying to both take out all the victims in the level, and then make it to the portal back to hell that opens up once all victims are dead. In your way are your typical sliding puzzle hazards, such as spots that can only be reached in particular moments, like when you kill a victim, which stops you in place. Cops and SWAT units will take you out if you get in range, unless you take them out in a particular way. Water, holes, and fire will kill you, but they’ll also kill your victims. Slayaway Camp might let you kill campers to your heart’s content, but cats are off limits. But they can’t escape, either, you just have to make sure they stay out of your way.

Slayaway Camp does an exemplary job at combining all these elements over time into the puzzles. Everything is steadily introduced over time and combined in the way that these kinds of puzzle games should excel at. The puzzles don’t necessarily have rewards for optimal move counts, which can be a bit disappointing for replayability, but it at least means that success is accomplished without any kind of reservation. There are levels that require you to complete them in a certain number of moves, and thankfully these appear just often enough to provide a good spice of variety, and not enough to be annoying. Enough levels that break from the game’s core objective can be frustrating to deal with, but Slayaway Camp just finds ways to balance out variety with fidelity to its core objectives. 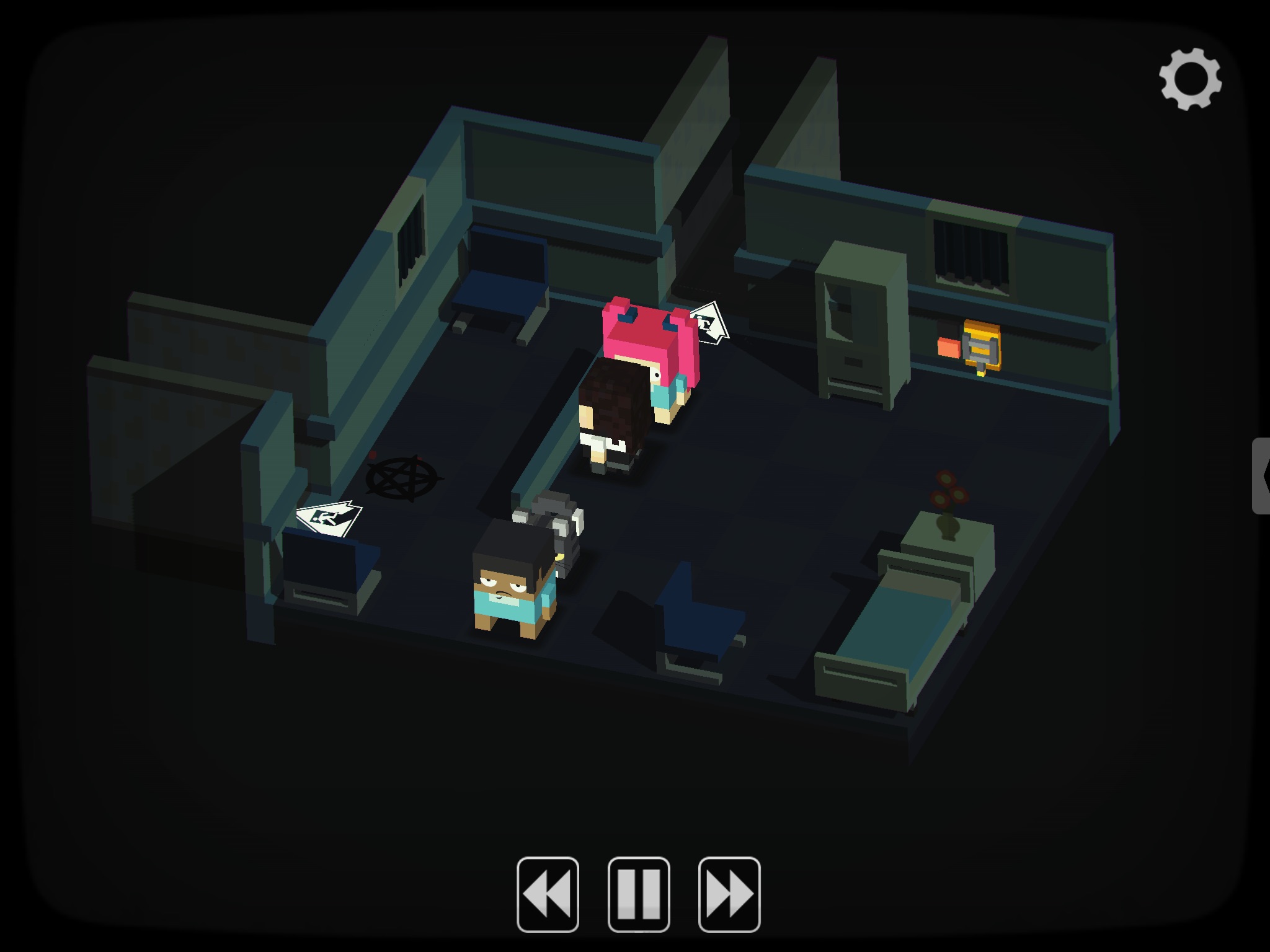 Slayaway Camp is an absurdly violent game, there’s no getting around that. It’s mitigated in a big way by the fact that it’s all happening with blocky characters, making it a lot more comical and less gruesome than it’d be if, say, it was anywhere near realistic. Thankfully, there’s that combination of artificial detachment with refuge in audacity as well: the game’s kill scenes try their damnedest to be absurd as humanly possible. There are some sliders that let you tweak the violence and goriness if it does bug you. The theme isn’t just window dressing; it actually has a significant influence on the game. The victims have behaviors such as getting scared when you get adjacent to them, and running in terror away from someone getting killed near them. These tactics not only make the game feel like you’re not just dealing with abstract puzzle pieces, but with characters, but they combine the theme with the gameplay. Slayaway Camp engrosses you in its concept, and integrates it into the overall whole of the game. Still, with the bloody kills and animations that pop up, you’re gonna see some things.

Some of the puzzles are just fun to play with. Sending characters to their death by scaring them onto mines, or by scaring them to push over a bookcase to kill another character never fail to feel like cool moments. The different levels also do a great job at introducing new elements and using previously-used ones in ways that thematically make sense. For example, when you unlock the levels that let you turn off the lights, they change the way that you interact with characters because the scaring rules suddenly change, and you can even kill SWAT units directly. But cats stay the same because they can see in the dark. There’s a lot of rules that come into play, but they’re introduced at a smooth pace to not feel overwhelming at all. 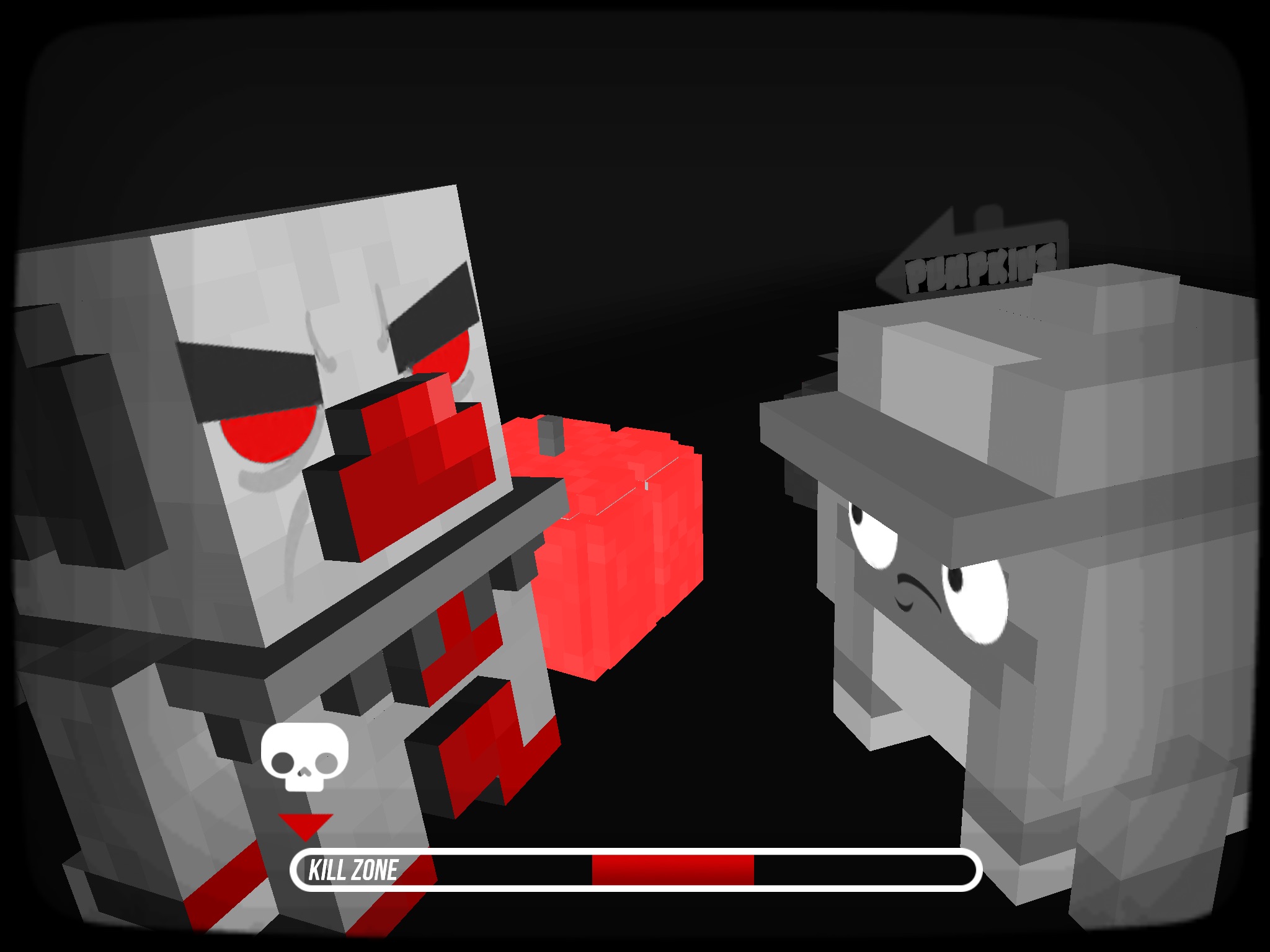 A big reason why Slayaway Camp works beyond its amusing theme is that the game plays like a dream. Character movement is fast. You can swipe a short distance to see where you’re going, and you can zoom out to get an overhead view; this ensures the isometric perspective causes no issues with solving puzzles. Plus, if you screw up, you can easily rewind all moves to the beginning of the puzzle, and quickly restart if you have to. It’s a very user-friendly game about comical ultraviolence.

While there is a coin system in Slayaway Camp, in-app purchases are nowhere to be seen. Coins are handed out regularly for solving puzzles and getting the bonus kill at the end. Plus, you eventually unlock the minigame where you go for as many bonus kills in a row as you possibly can get, and that nets you some coins as well. Hints only cost 25 coins, and solutions are 100. Gorepacks with new kill animations are 1000 to 2000 coins. You generally won’t be lacking in coins, and it’s not that difficult to get more of them by replaying levels or just putting your brain to things. The hints being cheap is a great user-friendly touch for a paid game. Slayaway Camp will test you, but not overwhelm you. 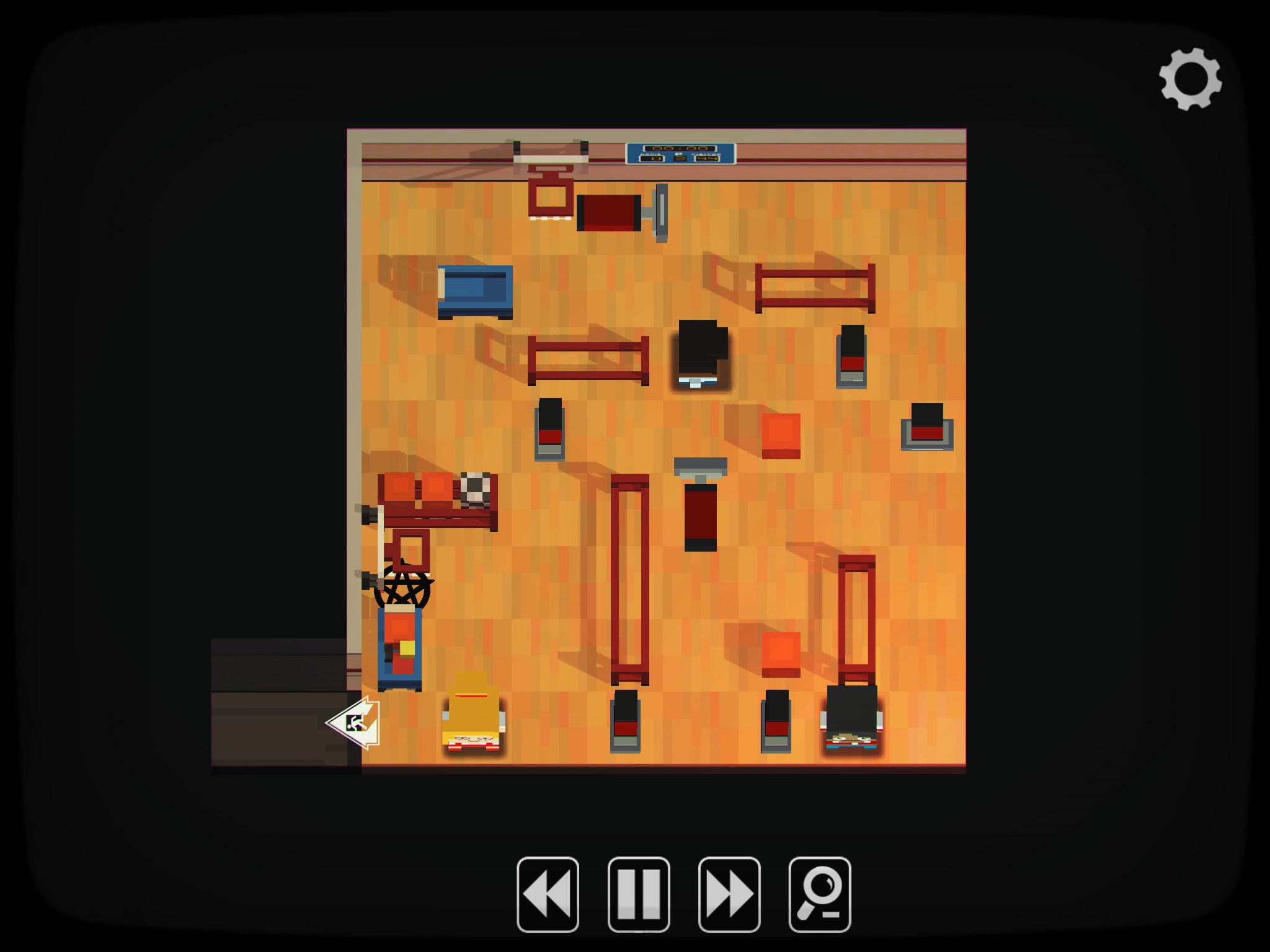 The only thing I really have to complain about with Slayaway Camp is the lack of iCloud support. I am interested to see some future content; a DLC pack for Valentine’s Day released with the iOS version, and more killers and gorepacks are always possible. There’s certainly some more clever ways to combine all the different things that pop up here in new ways, and I’m excited to see how they all play out if this does well enough.

It would have been easy for Slayaway Camp to just be an amusing puzzle game that didn’t try to be a fun puzzler underneath. But, the theme is fun, the puzzles are fun, and those two elements are skilfully combined into one complete package. Slayaway Camp is a killer puzzle game.