Leading up to the release of Slayaway Camp ($2.99) back in February, I was relatively excited for the title but not blown over. Being the first game from PopCap co-founder Jason Kapalka’s new studio Blue Wizard Digital was certainly noteworthy, but it also kind of looked like yet another riff on Square Enix’s ultra-popular GO turn-based puzzler series but using voxel graphics, which were pretty played out even 10 months ago. Then Slayaway Camp released and I actually played it and… it. Was. Amazing. Yes it’s a voxelized version of the turn-based strategy puzzlers that had been so succesful of late, but MAN, Slayaway Camp not only delivered some really well-designed and challenging puzzles but they absolutely nailed the feeling of the ’80s horror movies that inspired their design. Using VHS tape graphical effects, excellent music, TONS of cheesy gore, and plenty of dark humor and Slayaway Camp immediately went from “That looks cool I guess" to “WOW you are on my Best Games of 2017 list, you little stinker you." We also gave it 5 stars in our review.

Anyway, all this is leading up to say that Blue Wizard’s incredible ability to capture the essence of ’80s horror goodness in turn-based puzzler fashion has not gone unnoticed, and in partnership with the folks who own the actual Friday the 13th IP they have now announced an official game in that universe titled Friday the 13th – Killer Puzzle. Ok, that’s kind of a generic name, but… it’s also fitting with ’80s horror b-movies! These guys are geniuses! Here’s the very first screens from Friday the 13th – Killer Puzzle. 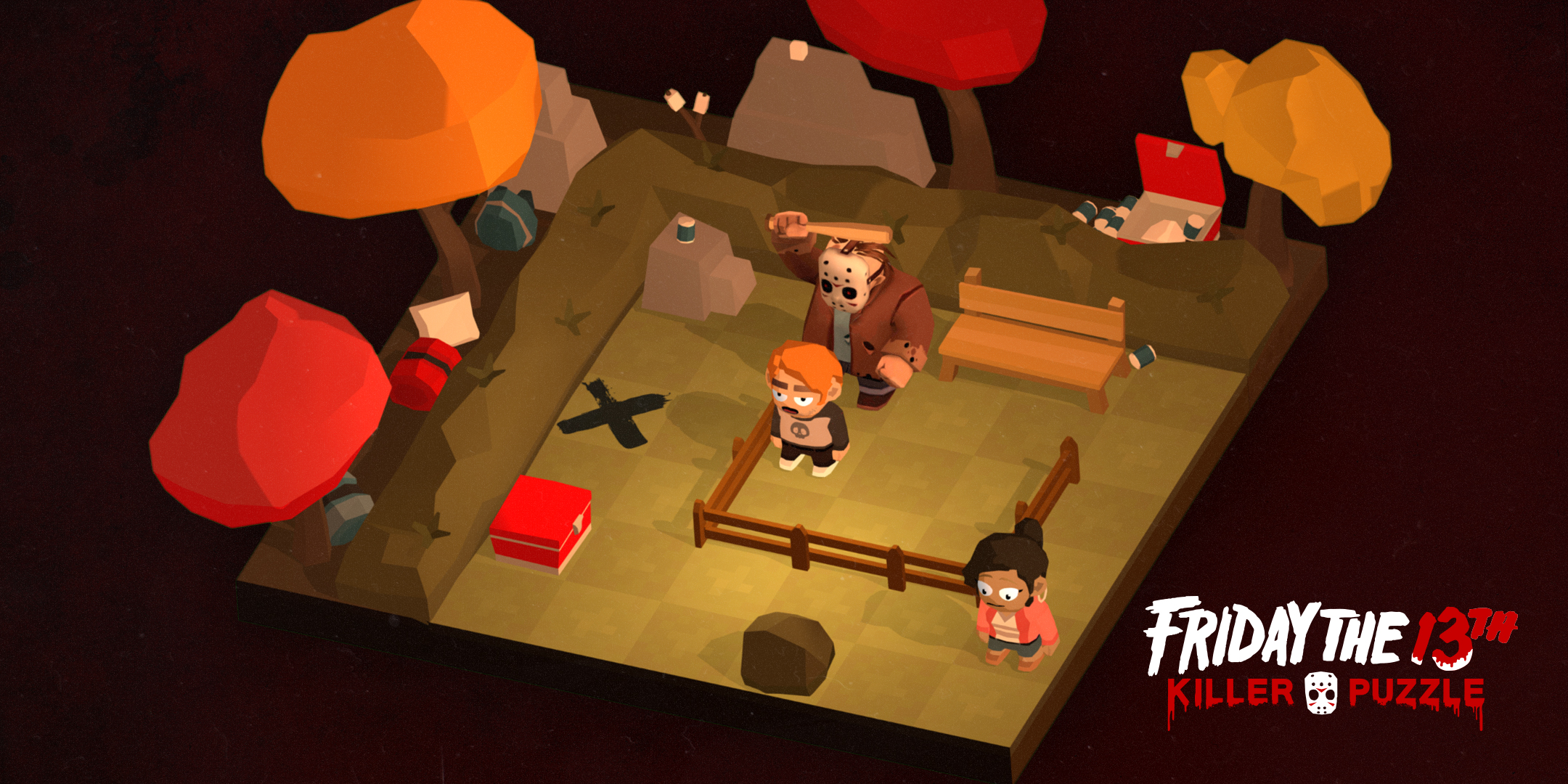 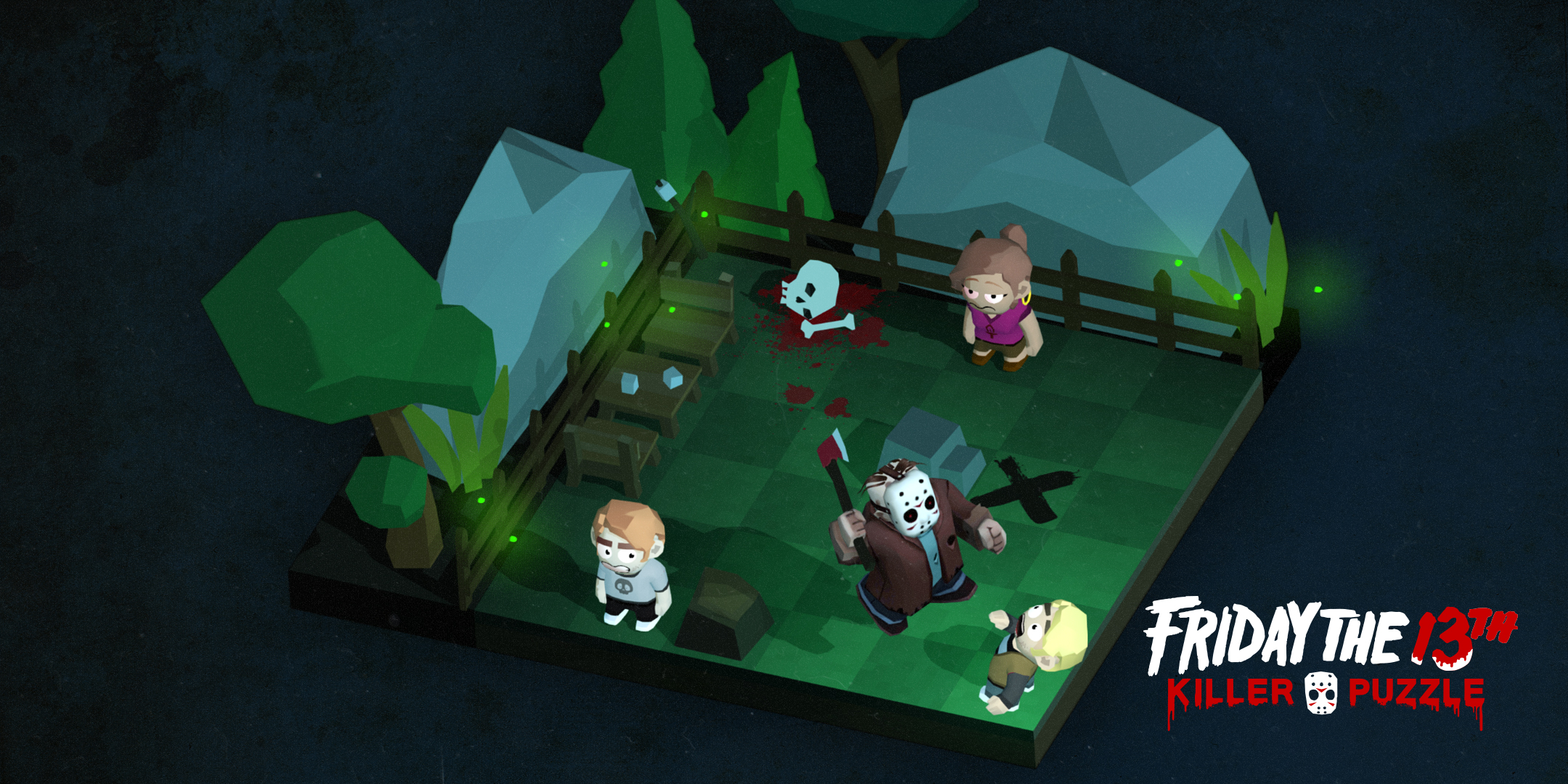 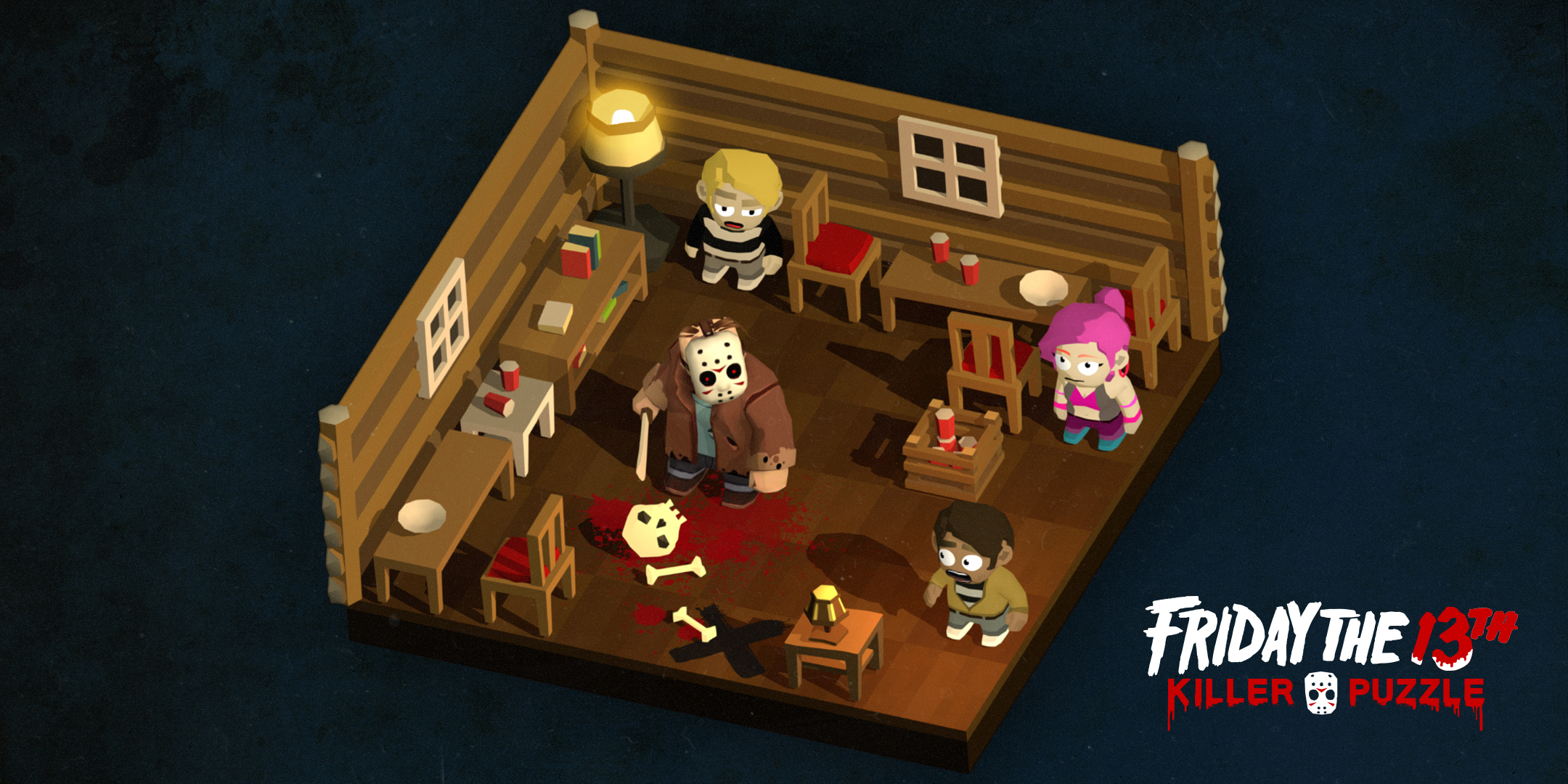 As you can see, Friday the 13th – Killer Puzzle basically looks just like Slayaway Camp but with the actual Jason Voorhees doing all the killing, and that is exactly what I want! It was always pretty obvious that Slayaway Camp took a ton of inspiration from the Friday the 13th series (even releasing a cheeky “HellCamp" update this past actual Friday the 13th a couple of weeks ago) and now it’s all very official with Friday the 13th – Killer Puzzle, and with more than 100 brand new levels to play through. Additionally, besides the iconic Crystal Lake that revolves around much of the Friday the 13th lore, Jason will also be visiting other locations taken from the movies like “Manhattan, abandoned amusement parks, supermax prisons, beach resorts, outer space and more." Yep, remember that time Jason was shot into space and killed all those people on a spacecraft? Those movies were great. I’m extremely excited for Friday the 13th – Killer Puzzle which Blue Wizard says is coming in early 2018, and if you want to stay in the loop you can sign up for the newsletter on the game’s official site.