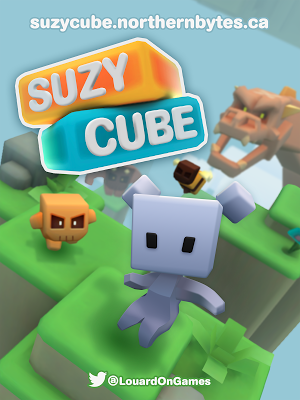 One of my very favorite games, which is impressive seeing as it’s not even OUT yet, is Norther Bytes’ upcoming 3D platformer Suzy Cube. Our first encounter with Suzy was at last year’s GDC where we were given a lengthy hands-on demo of the game and came away so impressed we named it our Game of GDC for that year. Being the passion project of one person, development on Suzy Cube has been progressing ever slowly. About a year later, at GDC this past March, we got an updated look at the game and, again, it blew our socks off. Then about a week after that, Suzy Cube got its first official trailer, and it seemed like over the past year since its first unveiling that the game was growing a large base of fans who were just as excited to see Suzy Cube completed as we were.

Many of those fans actually got a chance to get some early hands-on time with Suzy Cube when the developer put out a call for beta testers on our forums. I happened to be one of those early testers. I typically try to shy away from testing games while they’re in development as I don’t want that to taint my experience with the finished product, but in the case of Suzy Cube I just couldn’t help it. And that leads me to the first sentence in this post. Even the unfinished version of Suzy Cube I played was fantastic enough that it’s already an absolute favorite of mine, despite not being released yet. This game is good, ya’ll. Well, those Canadian knuckleheads over at Noodlecake Games are known for developing and publishing some of the best games on mobile, so it was quite exciting and made a lot of sense to see that today Noodlecake have announced that they’ll be publishing our gal Suzy when it’s completed. 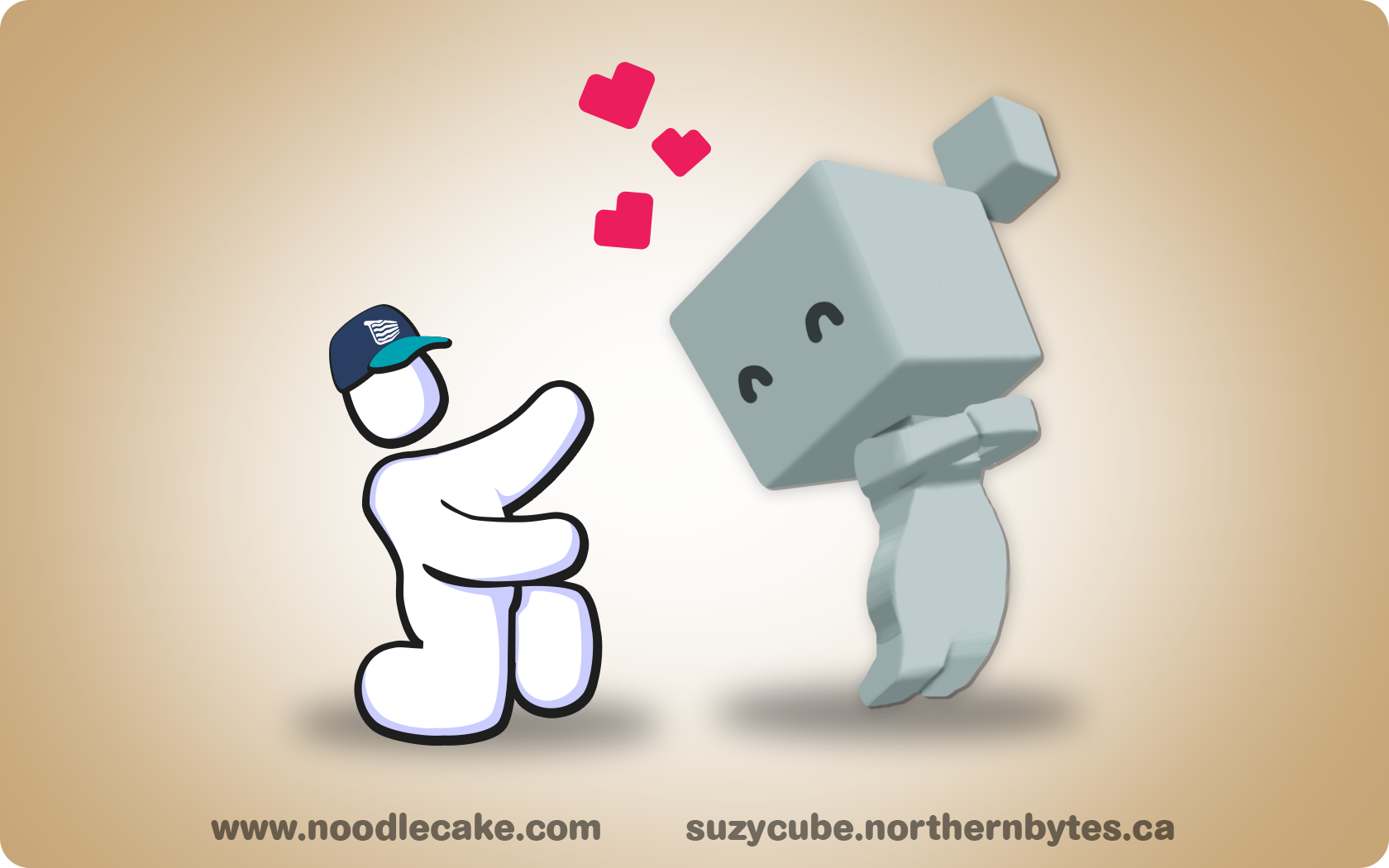 For being a somewhat small outfit, Noodlecake has a wealth of experience with publishing games on mobile, and they are pretty much the go-to company for porting iOS games over to Android, too. Coupled with their experience and their wide reach, this means that Suzy Cube will have the opportunity to get the sort of spit and polish that is hard to provide when you’re just a solo developer, and it will likely enable it to appear on many more platforms and reach an even wider audience. As Northern Bytes is quick to point out in their latest post in the ongoing Suzy Cube devlog thread in our forums, this doesn’t mean that the scope of the game will suddenly increase with the addition of Noodlecake on the team. Here’s the official statement from the developer:

“In addition to the usual publishing duties, they’ve also agreed to take on some development tasks to help me make Suzy the best she can be. I want to be clear, though, we are not moving the goalpost and are not growing the scope of the project. The game was a lot for me to take on alone in the first place and Noodlecake’s involvement will help ensure you all get to play a solid, polished version of what I set out to make. Also, with Noodlecake helping with porting and additional localization, it also means more people will get to enjoy Suzy, which is fantastic news!"

While I’m as anxious as anybody to see Suzy Cube completed, following along with its development has been a really rewarding experience as well. The spark that ignited the game in the first place was Northern Bytes’ Louis-Nicolas Dozois playing Super Mario Land 3D on the Nintendo 3DS and being totally blown away at how perfect the camera work was in that game. He wanted to understand how to create a 3D platformer with a camera that always did what it was supposed to do and stayed completely out of the way so the player could concentrate on actually playing the game. Thus Suzy Cube was born, and it’s been truly remarkable to follow the aforementioned devlog and see the attention to detail that has gone into crafting such a fantastic experience. Unfortunately we still don’t have a solid date for when Suzy Cube will be released, but rest assured with Noodlecake onboard now we’ll have plenty more to look forward to from Suzy in the weeks and months to come.