As a child, my first forays into gaming involved me experiencing many platformers on the Super Nintendo Entertainment System. I loved the difficulty and the learning-curve of certain platformers, such as Donkey Kong Country, Super Mario World, Earthworm Jim, and the Super Star Wars series. Sometimes I blow the dust out of my old cartridges and fire up my trusty Super Nintendo in order to take the games of my childhood for a nostalgic spin. I have no idea how I beat some of those games so quickly back when I was a child. They were pretty dang hard back then, and they still are now. Anyways, there have been many additions to the platforming genre on the App Store which continue to fuel my life-long love for them, and that includes the recently released STANDBY ($3.99) by HypeTrain Digital. 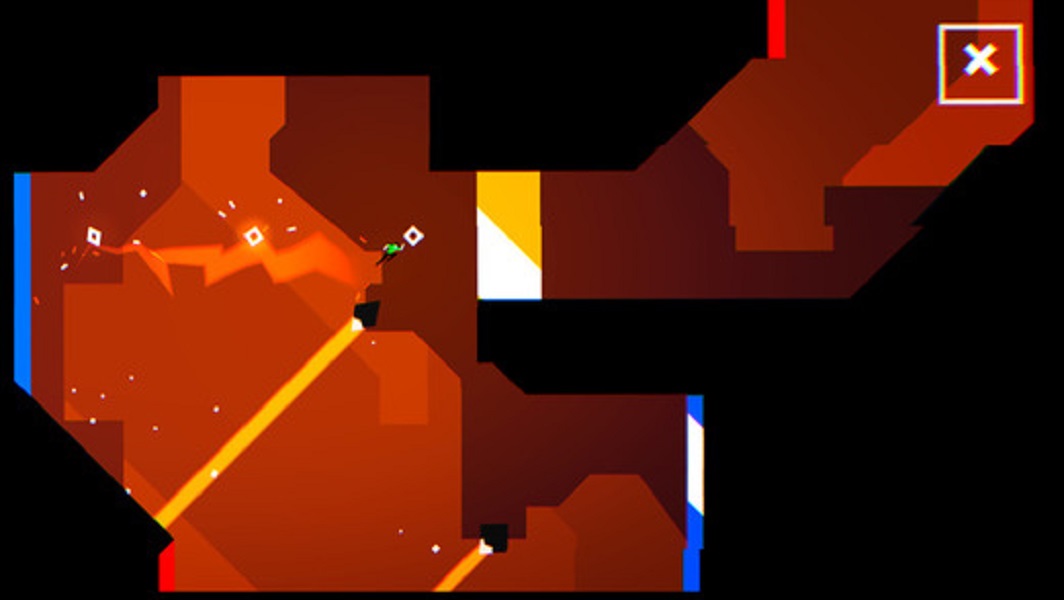 You are immediately greeted by an epilepsy warning when you fire up STANDBY. This is for a good reason. The game is jam-packed with rapidly flashing colors and effects. However, they do not hamper or interfere with your experience. Every platform, object, and obstacle is well-defined and distinguishable from its environment. The game’s menus are clean, simple, and easy to navigate. I also loved the ability to swipe left/right to replay a level or move to the next one upon a level’s completion. STANDBY’s music is fast-paced and electric, just like its gameplay and aesthetics. It fits surprisingly well and I highly recommend experiencing the game with headphones.

The character you play as looks like a male version of Carmen Sandiego. You will gradually learn to jump, slide, shoot, and dive your way through 54 different levels spread out across 6 different sections. STANDBY does a fantastic job of introducing these mechanics through its clever level-designs. I don’t want to expose any mechanics and gameplay changes you learn later in the game for fear of spoiling them, but it’s a blast when they are all thrown together in later levels. 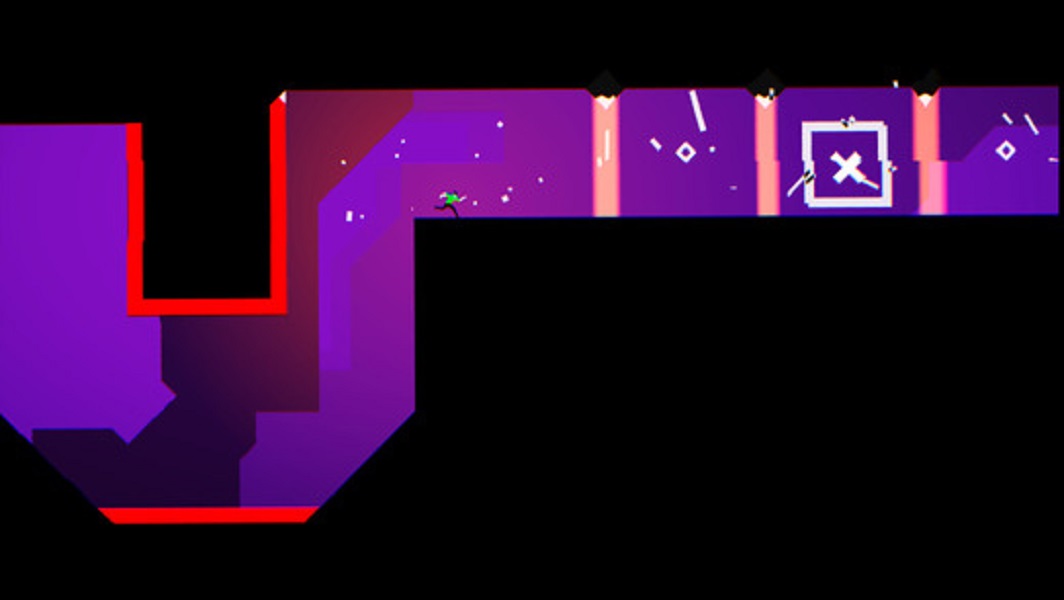 Let me be blunt in saying that STANDBY is not an easy game. It is tougher than my Mom’s homemade beef jerky. You WILL die from making the slightest of errors. You WILL have to play levels over and over in order to succeed. Fortunately, it automatically places you at the start of a level after you die. This happens quickly and helped ease a bit of my frustration that came from dying multiple times in rapid succession.

To a speed-runner’s delight, your time is recorded once you finish a level and you can compare your time with others through Game Center leaderboards. There are also optional keys for you to collect throughout each level. These are welcome additions that contribute even more difficulty and replayability to STANDBY. I am still trying to get every key in each level and it remains ridiculously rewarding when I do. 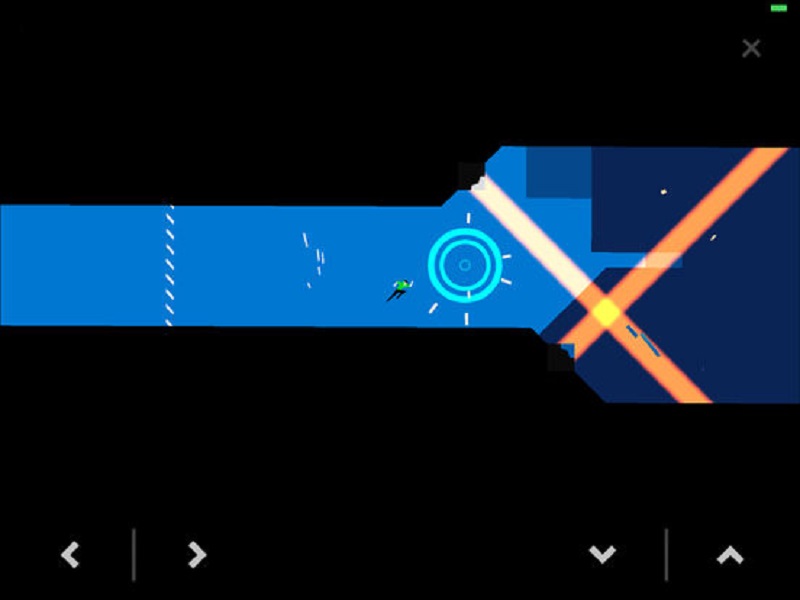 Luckily, the difficulty of STANDBY does not come from its controls. You control your character through tapping left and right buttons on the bottom left of the screen, as well as another set of up and down buttons on the bottom right of the screen. It’s extremely convenient with how these simplistic controls can do so many different maneuvers/actions. For instance, you can press the down button while running in a certain direction to slide and then you can press the down arrow again to shoot obstructions out of your way. This removes the need for multiple buttons cluttering up the screen and inhibiting your ability to play the game. You can also increase or decrease the size of these buttons or customize them to your liking, which is a nice option to have.

I think these touch controls work as well as they possibly could but I feel that the best way to play this game would be to use a controller. It’s slightly disappointing that controller support was not included within the game, especially with it being such a difficult and precise platformer. I also wish that I could seamlessly slide my thumb across the left and right buttons to change directions. You have to lift your thumb off one button and place it on the other to change directions. This is just a personal nitpick of mine. However, let me reiterate that (without a doubt) the touch controls are solid and responsive after initially getting accustomed to them. You can always rely on your deaths being solely your fault.

All in all, STANDBY is a brutally difficult and precise platformer that will frustrate you to the point of loving it. It has distinct visuals, heart-pumping music, great level designs, and responsive touch controls. It’s difficulty might turn-off some people but it’s incredibly rewarding when you persevere to increase your skill and complete its challenging levels. Make sure to check out our forums to see how your times measure up to others and don’t forget to leave impressions of your own!