If you enjoy reading about game design, like Inkle’s games, or both, then you’ll be very interested in the latest developer blog on the upcoming Heaven’s Vault, which goes into detail on the way the game’s procedural narrative works. Heaven’s Vault is the next game by the developer of the terrific 80 Days and Sorcery series, and this one will have you helping guide Aliya “El" Elsara and her robot assistant Six as they travel through the Nebula, a network of rivers that flow from moon to moon. As we talked about in an earlier story, you will learn and translate the language of the Ancients of the Nebula as you go along, and you’ll be able to play the game as a different kind of character. The art looks lovely, and—knowing how great the other Inkle games are—I expect Heaven’s Vault to be another gem of a game. 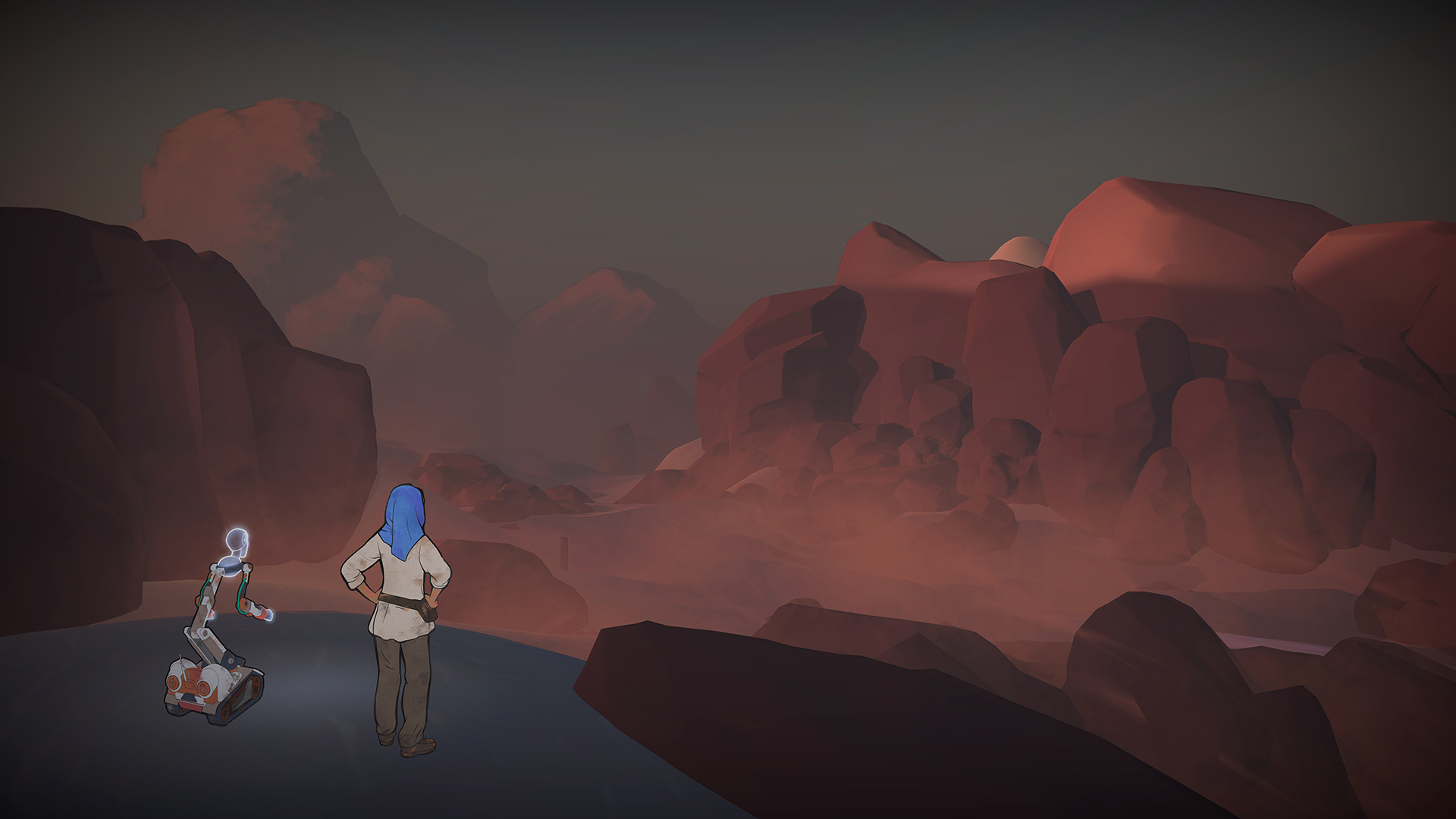 The blog post, titled Procedural Narrative Cupcakes, talks about the challenge of having a massive branching game and not always being sure what the player knows or doesn’t know at different points in the story. Most of the clues are generated procedurally (although there are some hand-authored clues as well), and now the developers have “closed the loop" by feeding procedurally generated artifacts back into the narrative. They do that by making sure the stories of the objects El and Six will discover aren’t generic procedurally generated ones; instead, they use hand-authored content—which they call the “icing" to the procedurally-generated cupcake “sponge"—to make the stories and the objects more intriguing. There are more details on how the system works and how it will improve Heaven’s Vault narrative and gameplay, so check it out.