If you read our review, you’re likely fully aware of how much we love Trailer Park Boys: Greasy Money (Free). The game strikes a fantastic balance between just being an all-around great idle clicker while packing in an unbelievable amount of Trailer Park Boys fan service. This means the game by itself is a super-competent clicker that’d be fun for non-fans, but just gets elevated to a whole new levels for those who love the IP the game is based on. Anyway, they’re kicking off a new event this weekend, just for Randy: Cheeseburger Picnic.

To coincide with Canada Day and the 4th of July, the boys of Sunnyvale are cookin’ up cheeseburgers. The grand prize for participating in the event is Bubble’s cat, Gary Laser-eyes. Oh, and hashcoins are on sale so if you want to get a bit of a boost in the game, you can now do that for cheaper. 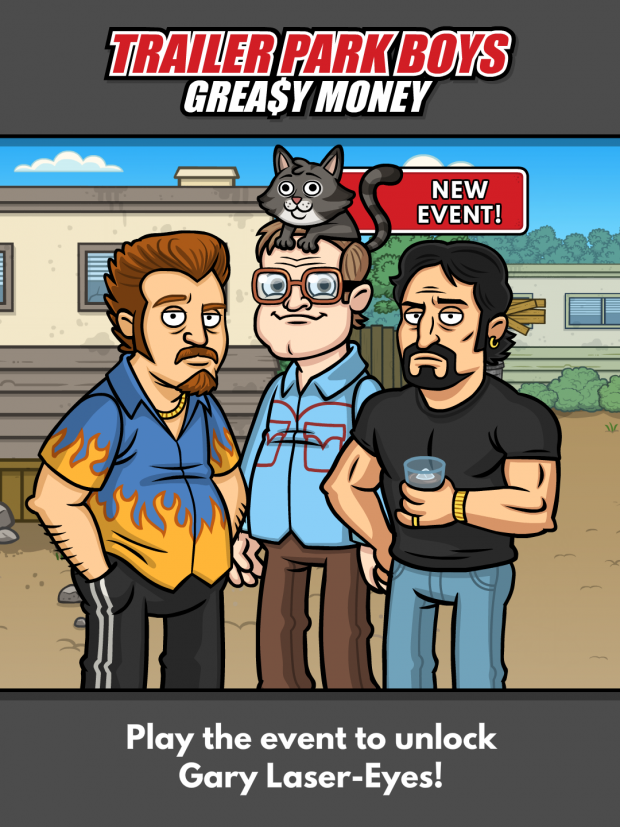 I’ve been trying to talk the guys at East Side Games to add my dog to the game as an unlockable, so fingers crossed on that. After season 11 of the show, dachshunds are now part of the Sunnyvale universe, so it makes sense. Anyway, get to grillin’ those cheeseburgers. A man’s gotta eat.