One of the oldest and best RPG series on mobile just keeps on getting better as today the HD version of The Quest – Hero of Lukomorye ($2.99) arrived in the App Store. As we explained when the previous expansion Thor’s Hammer ($2.99) arrived early this month, the game known simply as The Quest ($7.99) in the App Store is actually the HD remake of the original The Quest, which has been renamed to The Quest Classic ($4.99). The Quest Classic has been around for ages, even before smartphones, and has had numerous expansions released for it, both by original developer Redshift and many by 3rd party developer Zarista Games. The five part Hero of Lukomorye is the work of Zarista and was one of the earliest and one of the biggest expansions, coming right on the heels of Redshift’s own Islands of Ice and Fire ($3.99), which is also available as an HD version as of September of last year. 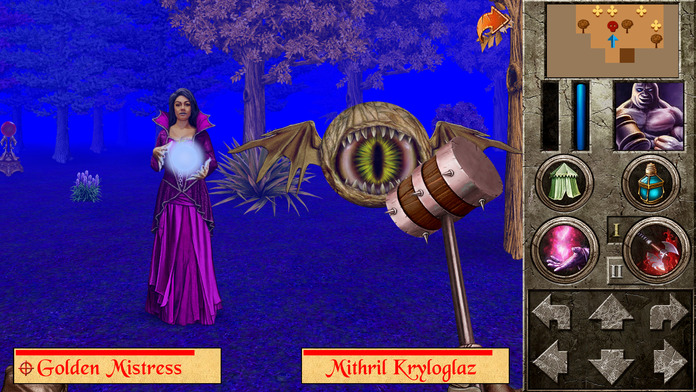 Aside from the entirely new Thor’s Hammer expansion that released earlier this month, it looks like Redshift and Zarista might be following the same order of release as the original expansions. Or at the very least I’m guessing we’ll be getting the rest of the Hero of Lukomorye expansion in the near future. Redshift had previously stated that there were no plans to release any of the existing expansions from The Quest Classic as HD versions due to being so busy working on the highly-anticipated The Quest 2. However, it looks like they’ve found a happy medium between working on both new and old, along with Zarista’s help, as evidenced by the HD expansions released thus far. It’s possible we won’t see ALL of the previous expansions HD-ified, but as long as they do keep on coming I’ll keep on buying them! So if by some chance you’ve already finished the main The Quest game, AND Islands of Ice and Fire, AND Thor’s Hammer, well, here’s something new for you to chew on with the first entry in the Hero of Lukomorye series, and you can find discussion on this latest expansion in our forums. Oh, and if you want to know what we thought of the main The Quest HD remake, be sure to read our full review (Spoiler: We loved it).