Were you aware that there’s currnently a Final Fantasy VI ($14.99) event taking place in Final Fantasy Brave Exvius (Free), Square Enix’s popular social RPG? Well, even if you don’t play that game and are not aware of the event, you can benefit from it if you don’t already own the iOS version of the full Final Fantasy VI port. In celebration of said event, Square Enix has dropped the price of Final Fantasy VI down to $6.99 from its normal price of $14.99. The game has been on sale plenty of times before, but this is in fact the lowest it has ever been, and while 7 bucks is still considered high in the world of mobile games, your money is getting you one of the all-time classic RPGs with dozens of hours of gameplay. 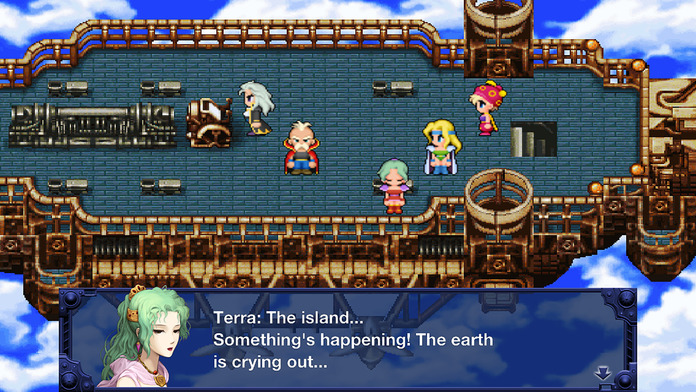 It’s also a really fantastic port, and not only did we enjoy it in our review when it first released in early 2014, but a significant update later that year added all sorts of nice quality of life improvements like revamped virtual controls, support for MFi controllers, and some reworked UI elements. Coupled with iCloud progress saving and the iOS version is a great way to relive this classic and tote it around in your pocket. For even more in-depth info about Final Fantasy VI, check out Shaun’s RPG Reload on the game as well as the RPG Reload Podcast about it and take advantage of this latest sale if you don’t already have this one in your collection.