Square Enix has been slowly updating many of their old apps with controller support and various other fixes recently. Too slowly for some, I’m sure, but it’s nice to see they’re still making an effort to make sure classics like Secret Of Mana ($7.99) and Final Fantasy 3 ($11.99) are working as best as possible. Well, you can add one more to that list, because Final Fantasy 6 ($14.99) received an update out of the blue today that addresses some complaints about the controls, both for those with MFi controllers and those without. 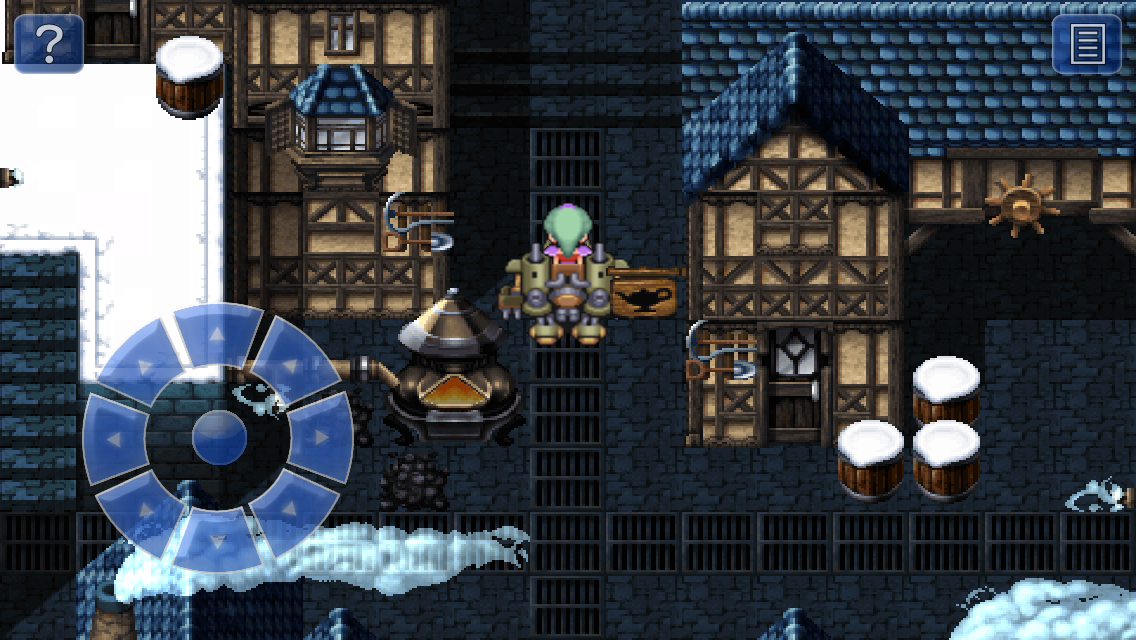 Controller support is in as of this update, and although the notes in the update make a point of specifying the Logitech PowerShell as the only controller supported, I tested the game with my Steel Series Stratus and it worked like a charm. I can’t speak for other controllers, but if you have one of the others, feel free to give it a try and see if it works. What’s the worst that could happen, the end of the world? Not on my watch, friends.

If you don’t have a controller, you’ll still reap some benefits from this new update. The directional pad has been completely redesigned both in appearance and function. It now lingers on the screen a short while after you lift your finger, enabling you to tap specific directions for more precise movement. It’s easier to hit angles now, a welcome improvement.

They’ve also added new battle navigation options that you can select from the config menu. Rather than have that weird setup that has the character’s window rising up like a sprouting plant as their ATB gauge fills, you can now choose a tab mode that arranges characters according to when their turn is coming up. This also allows you to tab through your various characters and battle commands easily, something that will surely come in handy during tense battles. Finally, if you’re a native speaker of Russian, Portuguese, or Thai, you’re really having a lucky day, because Final Fantasy 6 now supports all three. No guarantees on the quality, of course. 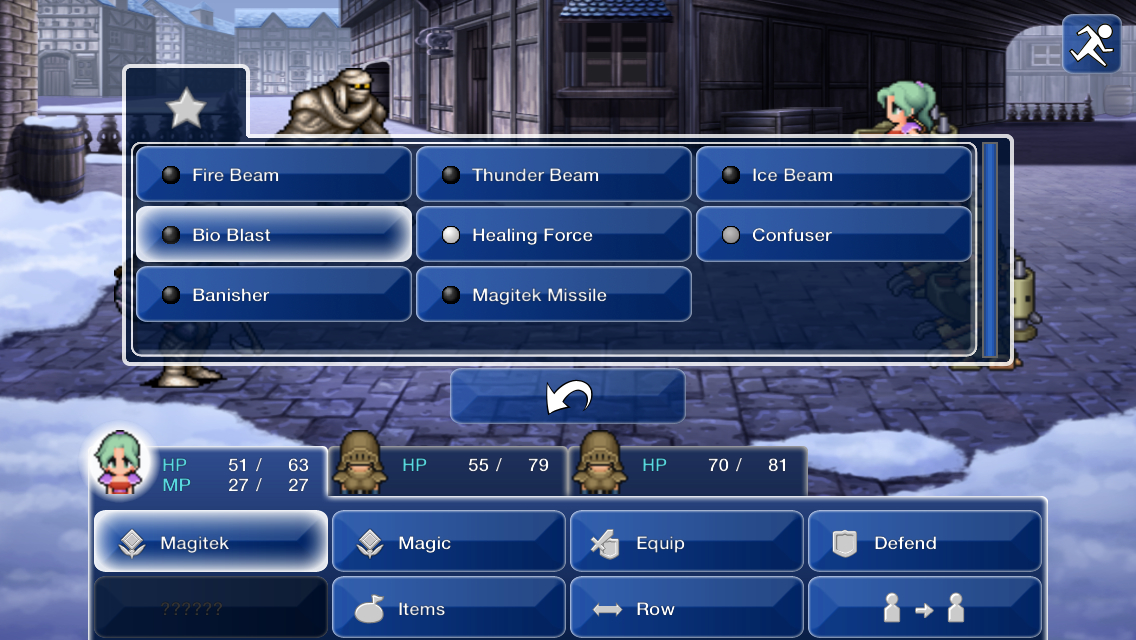