For a lot of gamers growing up in the 90s (myself included), Final Fantasy VI was the pinnacle of the “golden age” of 16-bit RPG. An epic, world-changing story, real character development, a killer soundtrack — FFVI featured all these and more wrapped up in a package that simply hadn’t been experienced at that time. Check out any gaming forum online and you’ll inevitably find a thread discussing the old-school RPGs of all time with FF VI squarely in the running.

But that was then, and times have certainly changed in terms of gaming audience, medium, and even the RPG genre itself. It is in this dynamic landscape that Square Enix has chosen to rerelease Final Fantasy VI ($14.99) onto iOS, a culmination of the developer’s journey in bringing all the classic-era Final Fantasy titles to the platform. When discussing a game that’s not only old (in terms of the gaming universe) but also venerated, there are always considerations to be made both in terms translating the title to modern day devices and as to whether it simply holds up as a game. In regards to the former, iffy virtual controls and a revised art style push against some great upgrades to the game. However, when it comes to the latter, I still think FF VI qualifies as a great experience on iOS and needs to be played. 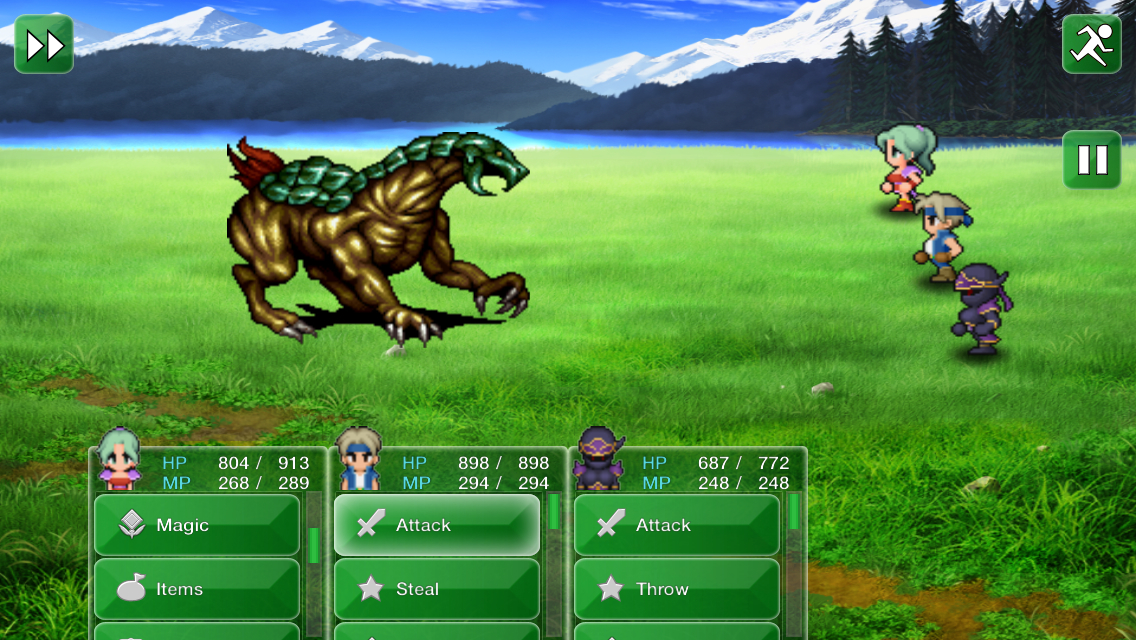 A lot has been said about the visual changes made in this version of FFVI. Indeed, all the character sprites, along with portraits have been redone. Significant changes have even been made to the overworld and backdrops, all in the name of updating the game to higher resolution devices. Overall, the visual changes are somewhat of a mixed bag for me. I’m really not a fan of the new character sprites as they all look a bit blurry and lack the pixel-definition that I thought made the original unique. I thought it odd particularly since pixel-art is a viable approach in iOS, and keeping that sort of style, even withs one minor refinements, would have been perfectly fine.

However, I enjoyed the new portraits and the updated backgrounds, for the most part. That latter aspect is a bit weird though, as some locations now look really nice, while others seem to have gone the way of the updated characters and simply look more blurry. It’s an element of the game that will definitely be contentious as it’s the easiest change to experience. However, other than some slowdown during fire scenes, I didn’t find the changes to be too detracting. 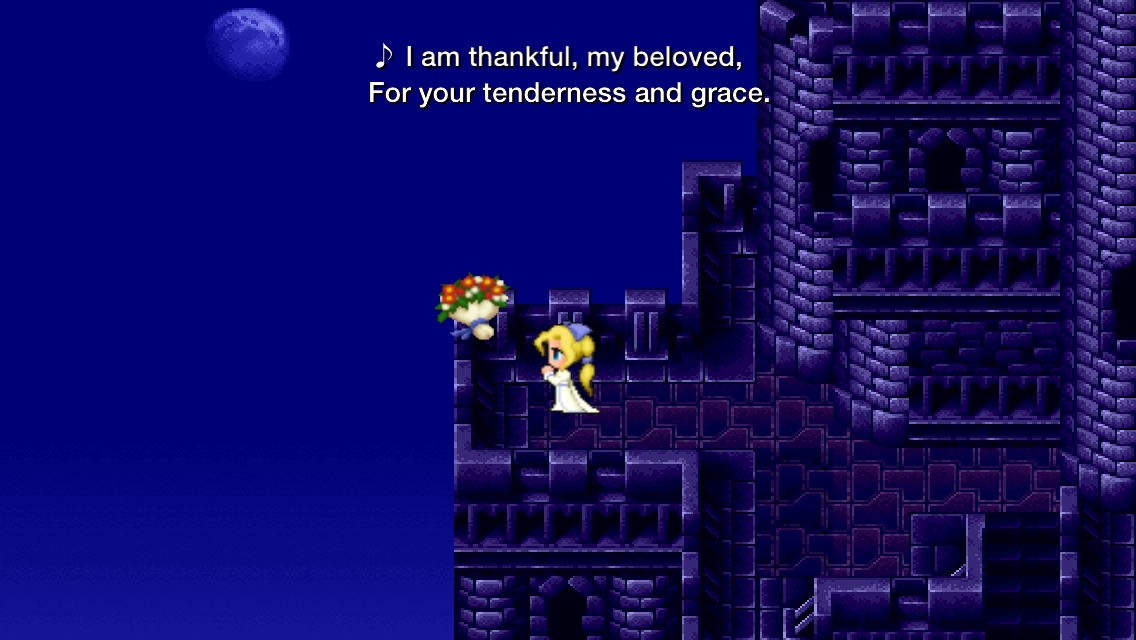 The same can’t be said for the controls, however. While FFVI employs a virtual joypad for movement similar to all the other iOS ports, this one suffers from some incredibly annoying lag. Character movements (as well as airship movement) occur about a half second after you move the virtual pad, making the experience a bit jarring. Also, I found some of the touch-based battle commands a bit obtuse (such as targeting) and there are a few weird nuances with the menu system that don’t feel intuitive (particularly when it comes to saving and using spells). Changes to the controls for the game’s Blitz techniques, while looking a bit silly, really weren’t as bad as imagined.

Visuals and controls aren’t the only changes Square made, as there were a few things that I definitely considered improvements over the original. Now familiar upgrades such as quick saves and “fast-forward” button for battles are joined by a significant change to the ATB system which now allows you to select any character with a turn ready (previous versions forced players to ‘cycle’ thread ready characters). Changes to the world map (now available in three sizes) and the inclusion of an in-game help system provide guidance as to what to do and where to go in case you put the game down for a while. 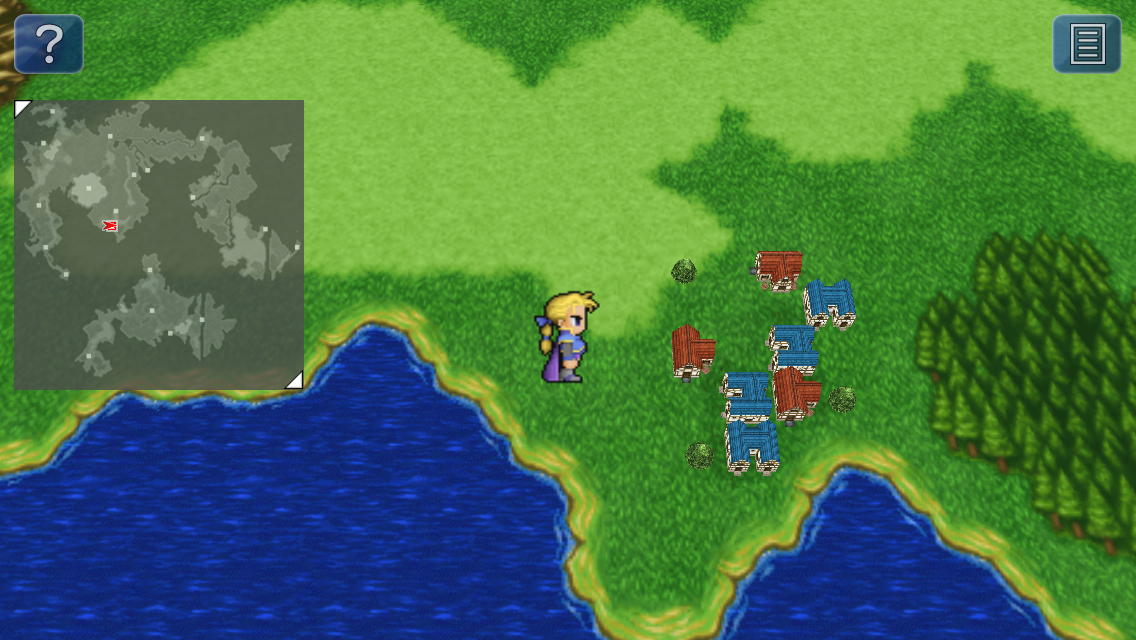 An important addition we’ve not really seen in previous FF ports is a great implementation on iCloud saves. A selection on the main menu takes you to the iCloud screen that lets you upload or download saves. Uploading places a save on your device into the cloud, and downloading will replace a save with the cloud-saved one. Information regarding character levels, time played, and more let you know exactly what is being saved/replaced. It’s completely manual, easy to use, and simply works, guaranteeing that a player’s progress won’t be lost (assuming you take advantage of it). This is the way iCloud should work, and every RPG needs to have it implemented like this.

Meanwhile, FFVI’s story and music, elements that won me over as a kid in the 90s, still hold up well in this day and age. Sure, a lot of the themes are considered cliched at this point. Also the the character development, while excellent for the time, might be not be up to snuff as far as depth in concerned. But what is still there still feels meaningful. There are still so many key points (part of the main story and otherwise) that hold impact even after all these years. Operas, suicide, betrayal, teen pregnancy, raising loved ones from the dead — there aren’t many games that touch on all these themes but FFVI does and does so well. The addition of the ‘Album’ mode allows players to review important scenes which I think is another important add for the transition to mobile. 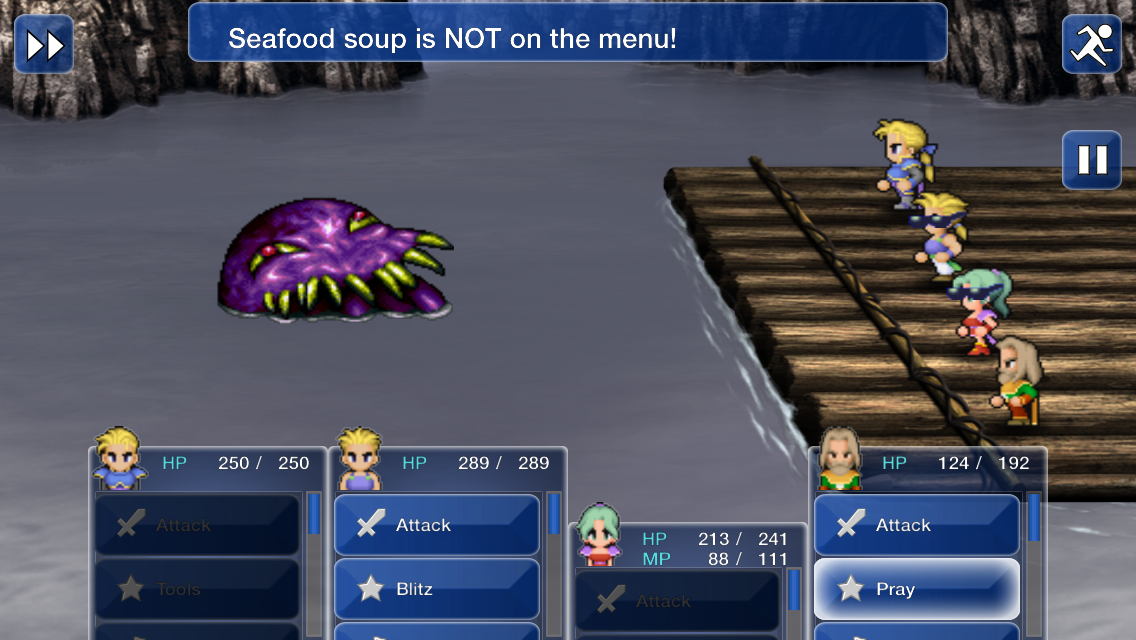 Regardless, one aspect that hasn’t faltered one bit is Nobuo Uematsu’s amazing soundtrack. If anything, I’d go so far as to say as this iOS port is the definitive version of FF6 in regards to its music. It’s certainly lightyears ahead of the musical offerings of the GBA and PSX ports and I think offers a clarity that goes beyond the original. An included soundtrack mode allows players to listen to any track whenever, and I’d recommend you do that (particularly with headphones).

Final Fantasy VI for iOS isn’t a straight port of the SNES version, and I don’t think it was designed to be. In making the transition to mobile, several important gameplay and systematic changes were made that I think improve the overall experience. While some aspects of that transition, mainly the art and controls, falter a little, I’d consider the overall conversion to be a success. You can chalk this up to nostalgia, but I firmly believe the classic FF experience is well preserved and is still far better than most other iOS RPG offerings. Whether you love or hate the changes, RPG fans of the era have probably already picked this up. For the rest of you, I implore you that it’s well worth the entry fee.