Crescent Moon Games has announced that Atomic Super Lander ($2.99), developed by bitWeird, has gotten a 1.1 update that brings some new features to the game. Asteroids now have checkpoints, allowing you to continue from the various points, which should help make taking on thse asteroids just a bit easier. Booster packs can be purchased that offer more upgrades for players. Put the super into Atomic Super Lander with these new features. 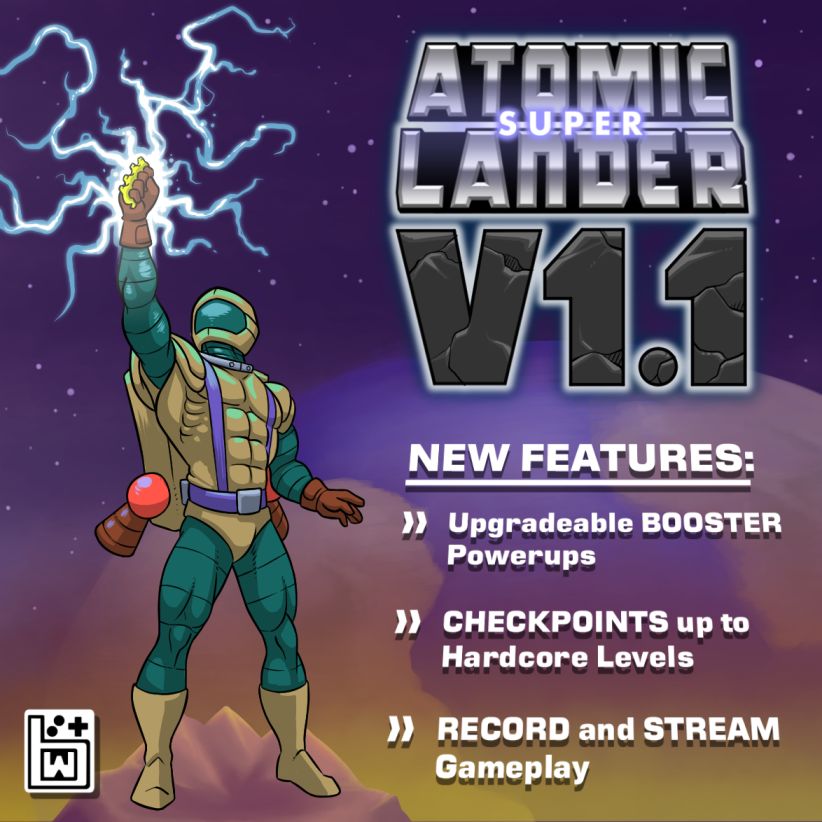 Another cool feature added to the game is ReplayKit support for recording and streaming. Yes, Atomic Super Lander has joined the small ranks of games that support this useful but underutilized feature. I’ll have to give this a spin, as I really want to see more games support ReplayKit’s streaming. These all just add to an already-great game. The 1.1 update with all these new features is available now on the App Store.