I am mildly concerned for the wellbeing of the guys at Foursaken Media, as their unrelenting output of quality games and successive support for their quality releases is surely incompatible with sleep. Only last November we heard of Noblemen: 1896, the quartet’s next release and arguably their most ambitious effort to date, and while December hasn’t brought with it any new games, Foursaken Media have today released a major update in support of one of their most beloved titles. Block Fortress ($1.99) achieved significant commercial and critical success upon its release in 2013 for its unique amalgamation of Minecraft-esque building with tower defense gameplay, and although it hasn’t received any significant content updates since May 2015, a huge new Holidays-themed patch has launched today with a variety of new weapons, equipment and levels, but also some more mechanical changes that have been popularly requested by fans over the years. 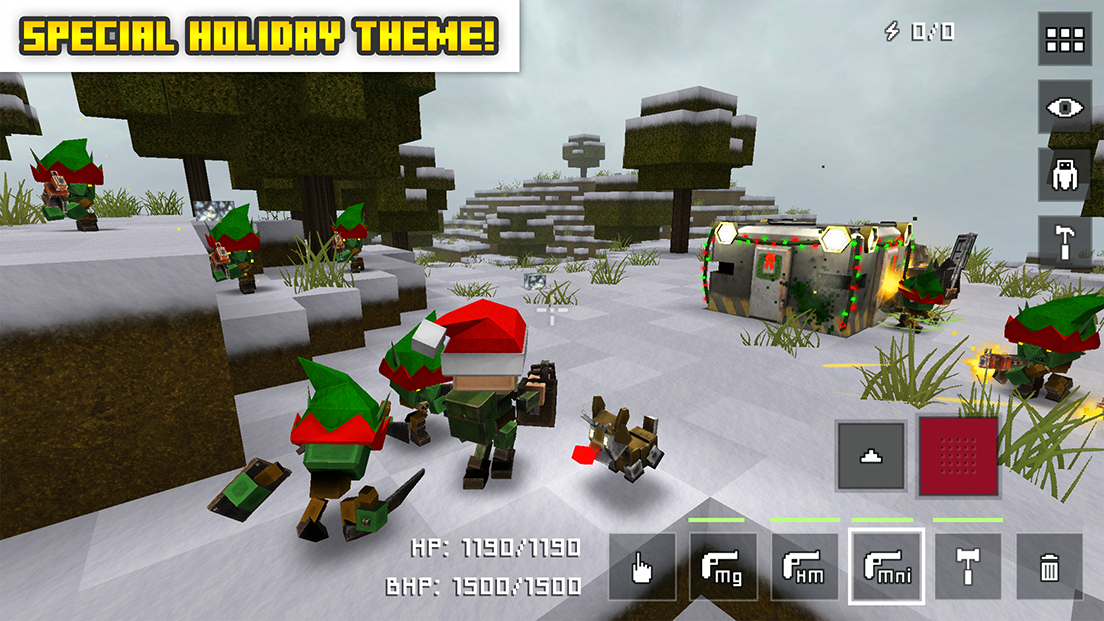 In the 1.6 update for Block Fortress, as well as the customary Christmas theme that is a staple with such seasonal changes, there is a brand new underwater map, which adds a whole new element and unique physics to the overworld you’re tasked with defending. The new (heavily requested) weapons include a grenade launcher, a flamethrower, and an ominously titled ‘devastator’ that should be a lot of fun to wield, as well as the always exciting grappling hook, and even a nerve gas launcher turret. These pure content inclusions aren’t the only changes to Block Fortress, however – improved graphics, a 60 fps frame rate, an increased field of view, additional lighting effects and a whole host of other optimisations top off what is an extremely impressive dedication of support for a game that is well over three years old. Whether this update hints at a potential sequel to Block Fortress in 2017 is pure speculation, but make sure to visit the game’s forum thread for more discussion on this Christmas update, as well as any further news on the future of the series.