Among the mobile gaming enthusiast community here at TouchArcade, it seems like ads are a hot topic recently. Flappy Golf 2 (Free) is ad-supported, but doesn’t have an ad removal IAP. Sonic CD (Free) was updated to be ad-supported, with outrage over the app inadvertently still showing ads to previous customers at first. The presence of ads in games and the potential inability to remove them is a sensitive topic among our readers. Advertising in the modern era is an interesting topic, because people are increasingly unwilling to pay for content. As well, there are concerns over marketing perhaps spreading its tendrils too far into society, where more aspects of the world are inundated with advertising than ever before. But for mobile gaming enthusiasts, the issue is one of nuisance: ads are annoying and distracting in many games. Many games offer the ability to eliminate ads, but a select group do not. Now as press, I have a different perspective from the average reader: I certainly empathize with folks who hate ads, because they bother me too, and I like ad removal IAPs. But I also know why sometimes games don’t have them, and why ads are so prevalent in mobile games, and I want to explain a bit on why things are the way they are.

First off, it’s worth realizing that ad-removal IAP is a panacea, not a revenue stream for developers. Enyo is an interesting case study because you have a game that just has a one-cost removal of ads and a full game unlock. Yet, through the use of incentivized ads, Enyo was able to make more money from ads despite offering up a one-time, low-cost game unlock. On paper, and to enthusiasts, it would seem like the ad-removal IAP would be the money maker? Yet, it isn’t, and for countless other games, it’s the ads that make money, not the ability to get rid of them. It goes to show that unfortunately, the wishes of mobile gaming enthusiasts aren’t always what’s good for the creators of these games. The market can feel like it’s tilted against enthusiast’s wishes because the general market has different wishes.

Take Flappy Golf 2 (Free) for example. Some people are mad about the fact that the game has ads but no way to remove them. I understand, it kind of bothers me too! But it’s worth considering this: a significant part of the Flappy Golf audience are student-age people. Many of them might be repulsed by seeing that “Offers In-App Purchases" listing on the App Store. Because the App Store listings don’t differentiate between “this game has consumable IAP" and “this game has a one-time unlock," anything that has IAP winds up looking like Candy Crush Saga (Free). Who should Noodlecake appeal to – the thousands of people whose downloads they could lose if they have an expectation of getting as free a game as possible without IAP, or the small but vocal crowd that wants the ad removal IAP? Keep in mind that this vocal crowd may not ever buy that IAP. People do not always do what they say they want. It’s most likely that the value to Noodlecake – and other developers making similar decisions – is to look like they’re entirely free, than to turn away downloads from people who just want a completely free game. 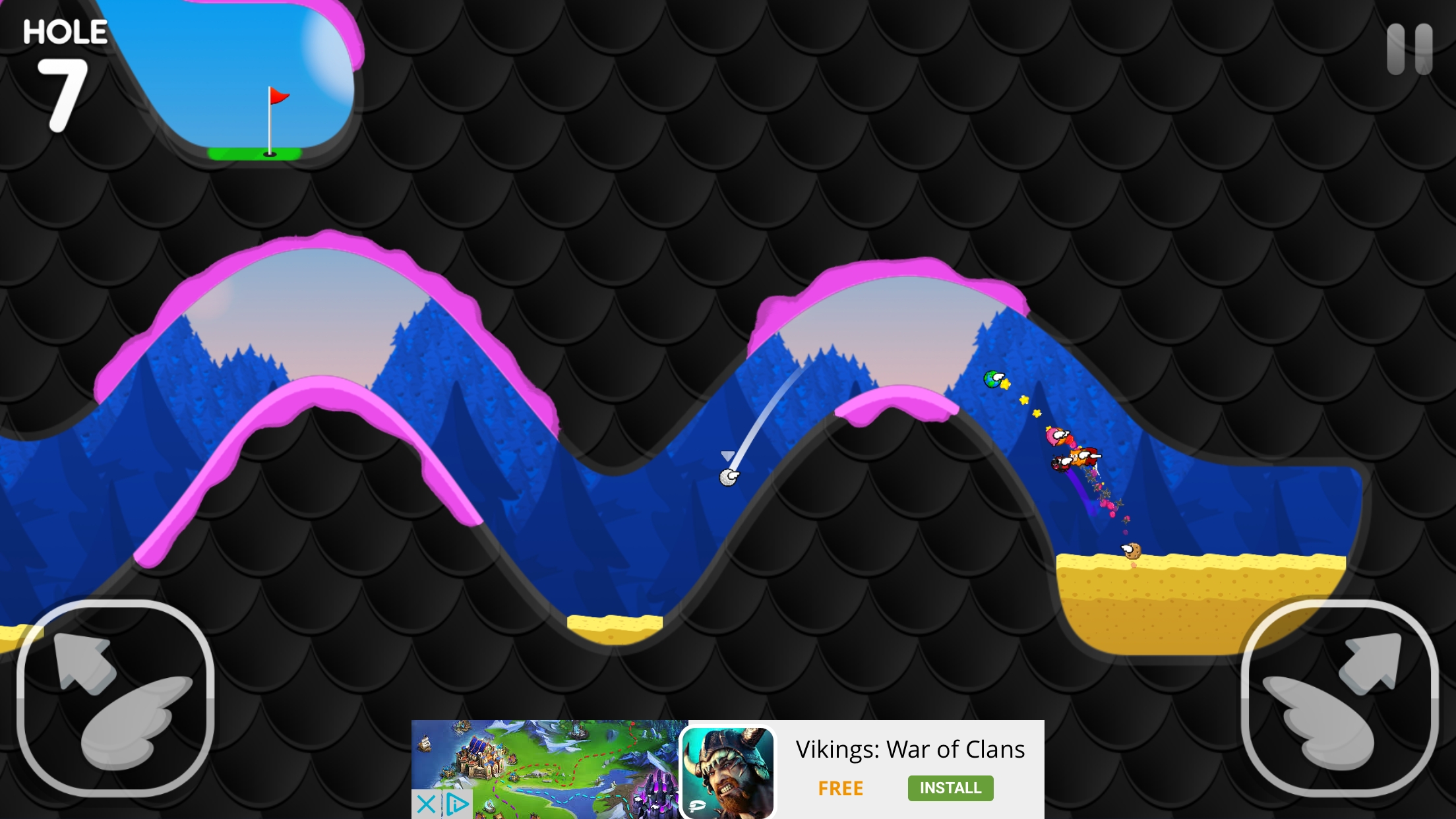 This all squares away with informal conversations I’ve had with developers before. The thing is that programming in the removal of ads in a game isn’t something that just takes five minutes, necessarily, and any in-app purchase implementation can be fraught with technical and support issues. It’s an implementation that comes with costs in time and effort that might not result in profit. This is especially so when you consider that the going rate for ad removal IAP is often rather cheap, like $1.99. Several indie developers have suggested colloquially that higher prices like $4.99 would be where it would start making sense based on how often people purchase them, but users don’t want to pay them. So we get a microcosm of the App Store problem: the business models make a lot more sense when they come in volume. Mediocre is still kicking with the $1.99 unlock business model they used in Smash Hit (Free) and now in PinOut (Free) but also consider that they have the ability to get millions upon millions of downloads where getting the occasional $1.99 makes sense. And that’s for IAP that unlocks and impacts the game beyond the typical ad removal IAP!

This doesn’t mean that developers should eschew ad-removal IAPs, as a non-financial benefits exist for them. There’s the concept of the “social whale" for free-to-play games. I.e., this is someone who might not pay a lot of money, but helps spread the word for the game and gets people engaged. And for some developers, that’s where the value for removing ads comes in play: it’s about keeping a certain segment of the audience happy, and evangelizing their games. After all, that crowd could wind up drawing in lucrative players at some point down the road, and they would have done so thanks in large part to the existence of ad removal IAP. These are tough to track, but they can be worth it down the road.

The other thing I would say to dedicated mobile gamers is this: unfortunately, you are the fan of a mode of gaming that isn’t the friendliest to you, the enthusiast…yet. Maybe I’m foolish to think this, but I believe there will be greater interest in mobile gaming from serious gaming enthusiasts in the coming years. There will be more products and decisions made that cater to you. But for now, I think there has to be some empathy for developers who are trying to succeed in the difficult mobile market. And as enthusiasts, it’s worth examining things from a perspective just beyond your own. Try to understand some basics about how the mobile gaming industry works and why things are the way they are. There are good developers trying to just earn an honest buck, and sometimes they’ll make moves you don’t like, but they’re often for good reasons. The best thing you can do is this: if you see game and developers making things you like, you should financially support them. Voting with your wallet and getting the word out to others is the best thing that you can do to get your way.